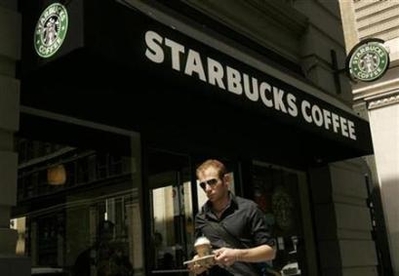 LOS ANGELES (Reuters) – Starbucks Corp (SBUX.O) said on Tuesday it plans to close another 500 underperforming stores and eliminate as many as 12,000 fill- and part-time positions.

The company, which now plans to close a total of 600 underperforming stores, will take related charges totaling more than $325 million.

The majority of the stores will be closed by the end of the first half of its fiscal year ended September 2009, the company said.

Starbucks said 70 percent of the stores targeted for closure have been open since the beginning of fiscal 2006.

Starbucks estimated the total pretax charges associated with the planned U.S. company-operated store closures, including costs associated with severance, would be in the range of $328 million to $348 million.

Starbucks also said it will open fewer than 200 new U.S. company-operated stores in fiscal 2009, down from 250 previously.