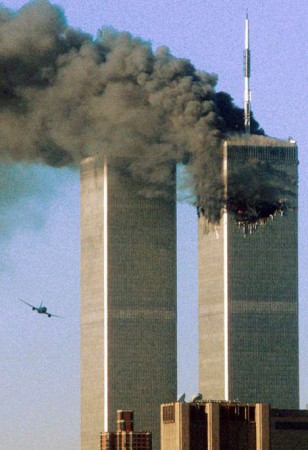 The web site of the neoconservative based Project for a New American Century think tank has been taken down. The think tank in their own documents advocated the virtues of using the U.S. military as a global police force. They also endorsed preemptive war as a way to shape the world and even lobbied to get Bill Clinton to invade Iraq back in 1998.

Contributors and signatories associated with the think tank included several high profile figures in George W. Bush’s administration including Paul Wolfowitz, Donald Rumsfeld, John Bolton, Scooter Libby, Dick Cheney, Richard Armitage and Richard Perle. Documents originating from this think tank have been the subject of a great deal of criticism by the 9/11 truth and anti-war movements. It now looks as if the neoconservatives whose agenda has been faltering as of late have decided to pull the plug on the web site for the purposes of damage control. If not, than somebody forgot to pay their Internet provider. We’ll let you be the judge of which is the more likely scenario.

In 2000, the think tank released a 90 page document entitled Rebuilding America’s Defenses. In the document, the think tank actually advocates a catastrophic and catalyzing Pearl Harbor event in order to seek faster global transformation using U.S. military might. In addition, one of the core missions outlined in the report is “fight and decisively win multiple, simultaneous major theater wars.” What luck for the neoconservatives that a catastrophic and catalyzing event occurred on September 11th, 2001 that made one of their core missions in their report become a reality.

The following quote is taken direct from the document advocating a catastrophic and catalyzing event to further their agenda of global transformation. The 9/11 truth movement has pointed to this quote as additional evidence that the 9/11 attacks were orchestrated by criminal elements within the U.S. government. Considering that many of the think tank’s signatories were in high level positions in the Bush administration during the 9/11 attacks and the think tank believed that such an attack was in order, the neoconservatives certainly had a motive to pull off this false flag terror attack. After all, their entire agenda was fulfilled as a result of the 9/11 attacks.

“Further, the process of transformation, even if it brings revolutionary change, is likely to be a long one, absent some catastrophic and catalyzing event – like a new Pearl Harbor”

Not only did it foreshadow the 9/11 attacks but the document is widely viewed as the neoconservative blueprint for the U.S. military in the 21st century. Looking at the document 8 years after it was published, it is clear that much of what was suggested in the document has in fact been implemented. We now have military bases all over the Middle East; there’s been a massive increase in military spending, increased militarization of space and billions of dollars spent on new cyber warfare initiatives.

It is pretty obvious why they would decide to take down the official web site for the think tank. The Rebuilding America’s Defenses document must be incredibly embarrassing for them and there’s little doubt that it has served as a public relations nightmare for the neoconservatives. When examining the 9/11 attacks, it is necessary to look at who had the most to gain. Clearly, the neoconservatives who came into power with the Bush administration back in 2001 had the most to gain and this particular document proves it. The neoconservatives are nothing more than war mongering, anti-American, big government terrorists that have brought ruin to this country. Either way, the removal of their web site looks to be an indication that their agenda is being discredited on a massive scale.