A food fight is brewing 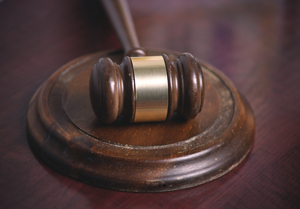 Help your customers and be sued. (Photos.com)

It might be corny and a bit naive, but I recommend that eating a diet found as close as possible to what is found in nature makes good sense. This means, of course, avoiding, when we can, substances not to be found naturally in the food chain. Perhaps rather predictably, science supports this notion. For instance, the much-reviled but naturally-occurring saturated fat found in red meat and eggs has no strong links with disease, while industrially produced trans fats do.

So, when the food industry introduces a novel food or food ingredient into our diet I admit I generally come at it from a skeptical perspective. This is the case when all the ingredient is doing is making a food a bit bluer or redder or extending its shelf life or palatability. However, I become even more suspicious when claims are made that some new-fangled foodstuff is better for us than, perhaps, something that we’ve had in our diet forever.

Let us not forget, for instance, that the partially hydrogenated fats from which industrially produced trans fats are derived were originally sold to us as a healthy alternative to saturated fat (and what a load of rubbish that turned out to be).

Another example of where we have been sold a bit of a dummy by the food industry concerns artificial sweeteners. In the past I have attempted to highlight the science that shows that artificial sweeteners have considerable potential to cause harm, and at the same time, do not appear to have any obvious benefits for health.

There are now hundreds of studies, which have focused on the safety of this substance. The manufacturers use this science in an attempt to convince us that aspartame is safe.

Yet, right from the beginning, there has been plenty of evidence that aspartame has the capacity to cause harm. And there is, as I’ve highlighted before, evidence of considerable bias in this area: while industry-funded research invariably finds in favor of aspartame, independently-funded work almost always comes to the opposite conclusion. These things, and the fact that anecdotal reports of aspartame toxicity are easy to find, means that aspartame continues to be viewed with suspicion by many.

It seems that at long, long last, this skepticism in the general public has filtered through to food retailers. Generally speaking, supermarket chains give customers what they want. There has been growing awareness quite recently here in the U.K. that a lot of food has a lot of junk in it. As a result, many supermarkets have gone about formulating foods that are devoid of commonly-recognized baddies such as saturated fat (sigh), salt, added sugar, and artificial additives. However, I was interested to read that here in the U.K., the Wal-Mart-owned supermarket chain Asda has explicitly named aspartame is a list of “nasties,” and it has set about removing from it’s “Good for You” range of foods.

Such a move was not going to go unnoticed by aspartame’s manufacturers, of course. It turns out the Ajinomoto, the Japanese company that makes aspartame, has served a writ in London against Asda, and is suing on the basis that Asda has suggested that aspartame is unhealthy and is something that consumers concerned for their health should avoid.

An Ajinomoto spokesperson is quoted as saying: “This is a UK initiative and a relatively cynical one,” adding: “It doesn’t reflect concerns at a consumer level—it is just bandwagoning.” However, an Asda spokesperson maintains that: “We have removed some of the ingredients our customers tell us they don’t want in their food. That includes aspartame.”

So, what we have here is an example of where what seems to be well-guided consumer pressure has led to a major supermarket chain to take action over a very dubious food ingredient indeed. This, I think, is an example of people power, and I am, personally, hugely enthusiastic about this turn of events.

Now that a writ has been served, my hope is that Asda does not capitulate and “do a deal” with Ajinomoto. Ajinomoto’s lawyers are notorious aggressive. (I’ve had personal experience of this myself as I’ve had exchanges with over what I believe to be factually correct and utterly defensible comments in the Observer magazine some years ago). However, now that a writ has been served, my suspicion is any attempts for a deal to be done have failed. So, it looks as though we’re heading for a full-blown battle.

As this plays out, it might be that Asda’s lawyers may want to draw attention to aspartame’s checkered political history, the fact that this substance has been continually mired in controversy, and that there is (whatever its manufacturer maintains) more than enough evidence to view this substance with considerable suspicion. It might be, therefore, that this legal action will only serve to sow further seeds of doubt about the safety and legitimacy of aspartame. While Ajinomoto obviously feels the need to defend its product and no doubt will instruct its lawyers to give Asda both barrels, in mounting this action it may well end shooting itself in the foot.

Dr. John Briffa is a London-based doctor and author with an interest in nutrition and natural medicine.
Dr. Briffa’s Web site