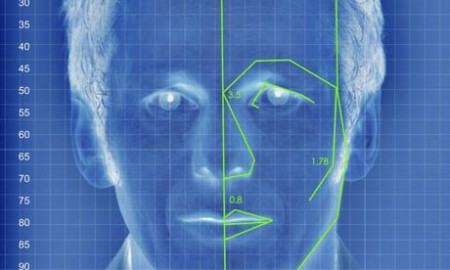 They may be redirected into conventional passport queues, or officers may be authorised to override automatic gates following additional checks.

Ministers are eager to set up trials in time for the summer holiday rush, but have yet to decide how many airports will take part. If successful, the technology will be extended to all UK airports.

The automated clearance gates introduce the new technology to the UK mass market for the first time and may transform the public’s experience of airports.

Existing biometric, fast-track travel schemes – iris and miSense – operate at several UK airports, but are aimed at business travellers who enroll in advance.

The rejection rate in trials of iris recognition, by means of the unique images of each traveller’s eye, is 3% to 5%, although some were passengers who were not enrolled but jumped into the queue.

The trials emerged at a conference in London this week of the international biometrics industry, top civil servants in border control, and police technology experts. Gary Murphy, head of operational design and development for the UK Border Agency, told one session: “We think a machine can do a better job [than manned passport inspections]. What will the public reaction be? Will they use it? We need to test and see how people react and how they deal with rejection. We hope to get the trial up and running by the summer.

Some conference participants feared passengers would only be fast-tracked to the next bottleneck in overcrowded airports. Automated gates are intended to help the government’s progress to establishing a comprehensive advance passenger information (API) security system that will eventually enable flight details and identities of all passengers to be checked against a security watch list.

Phil Booth of the No2Id Campaign said: “Someone is extremely optimistic. The technology is just not there. The last time I spoke to anyone in the facial recognition field they said the best systems were only operating at about a 40% success rate in a real time situation. I am flabbergasted they consider doing this at a time when there are so many measures making it difficult for passengers.”

Gus Hosein, a specialist at the London School of Economics in the interplay between technology and society, said: “It’s a laughable technology. US police at the SuperBowl had to turn it off within three days because it was throwing up so many false positives. The computer couldn’t even recognise gender. It’s not that it could wrongly match someone as a terrorist, but that it won’t match them with their image. A human can make assumptions, a computer can’t.”

Project Semaphore, the first stage in the government’s e-borders programme, monitors 30m passenger movements a year through the UK. By December 2009, API will track 60% of all passengers and crew movements. The Home Office aim is that by December 2010 the system will be monitoring 95%. Total coverage is not expected to be achieved until 2014 after similar checks have been introduced for travel on “small yachts and private flights”.

So far around 8m to 10m UK biometric passports, containing a computer chip holding the carrier’s facial details, have been issued since they were introduced in 2006. The last non-biometric passports will cease to be valid after 2016.

Home Office minister Liam Byrne said: “Britain’s border security is now among the toughest in the world and tougher checks do take time, but we don’t want long waits. So the UK Border Agency will soon be testing new automatic gates for British and European Economic Area [EEA] citizens. We will test them this year and if they work put them at all key ports [and airports].”

The EEA includes all EU states as well as Norway, Switzerland and Iceland.