MOSCOW: Russia, the world’s second-largest oil-exporting nation after Saudi Arabia, has been quietly preparing to switch trading in Russian Ural Blend oil, the country’s primary export, from the dollar to the ruble. But the change, if it comes, is still some time off, industry analysts and officials said. 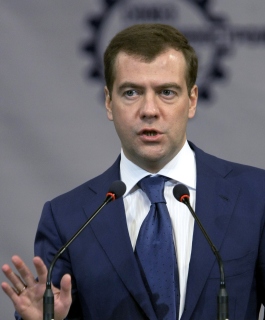 “The role of the key reserve currencies is under review,” said Dmitry Medvedev, the likely successor to President Vladimir Putin, “And we must take advantage of it.”

The Russian effort began modestly this month, with trading in refined products for the domestic market.

Still, the effort to squeeze the dollar out of Russian oil sales marks another project with swagger and ambition by the Kremlin, which has already wielded its energy wealth to assert influence in Eastern Europe and in former Soviet states.

“They are serious,” said Yaroslav Lissovolik, the chief economist at Deutsche Bank in Moscow. “This is something they are giving priority to.”

Oil trading is now nearly always denominated in dollars, the de facto common currency of the petroleum business. When Kuwait sells oil under a futures contract to India, for example, the price is set in dollars.

Similarly, Russia’s large trade with Western Europe and the former Soviet states in crude oil and natural gas is conducted in dollar-denominated contracts. Gazprom, the natural gas monopoly, set the price of natural gas in Ukraine at $176 per 1,000 cubic meters in 2007, for example. There are no proposals yet to switch natural gas pricing away from dollars.

As a result, companies and countries that buy petroleum products are encouraged to hold dollar reserves to pay for their supplies, coincidentally helping the American economy support its trade deficit.

Russia would like to change this practice, at least among its customers, as a means to elevate the importance of the ruble, a new source of national pride after gaining 30 percent against the dollar during the current oil boom.

A move away from the dollar, meanwhile, is more glum news for the United States.

During a speech on economic policy this month, Dmitry Medvedev, a deputy prime minister and the likely successor to President Vladimir Putin in elections on March 2, said Russia should seize opportunities created by the weak dollar.

“Today, the global economy is going through uneasy times,” he said. “The role of the key reserve currencies is under review. And we must take advantage of it.” He asserted that “the ruble will de facto become one of the regional reserve currencies.”

Other oil-exporting countries, too, are chafing at dealing in the weakening dollar.

Iran, one of the largest oil-exporting nations, and no friend of the United States, has since 2005 striven to open a commodity exchange to trade oil in currencies other than the dollar. Iran’s ambassador to Russia, discussing the two countries’ interest in the idea, said Iran might choose rubles to free his country from “dollar slavery.”

To be sure, some economists have dismissed the project as improbable, given the exotic nature of a security – oil futures contracts in rubles – that would add a new currency risk to the global oil market.

Ruble-denominated futures contracts for Ural Blend, the main Russian grade, would be an attractive financial instrument only if the dollar continued to depreciate, said Vitaly Yermakov, research director for Russian and Caspian Energy at Cambridge Energy Research Associates.

“There is a big distance between the desire to trade commodities for rubles and the ability to do so,” he said.

All this has not stopped the Kremlin from trying.

In a sign of the government’s seriousness, a new glass-and-marble home for a ruble-denominated commodity exchange is rising this spring in a prestigious district in St. Petersburg.

The exchange will occupy three floors of the 16-story tower on Vasilevsky Island, one of the islands that make up the historic city center.

Viktor Nikolayev, the director of the St. Petersburg exchange, said during an interview that the intention was to move slowly and gain market acceptance. The government will not strong-arm sellers or buyers onto the exchange, even in an industry dominated by the state, he said.

Web-based trading for refined products like gasoline or diesel is being rolled out in three phases for domestic customers, beginning with government buyers like the Russian navy or municipal bus companies. Government agencies have been ordered to buy 15 percent of petroleum products on the exchange by the end of the year.

Private brokers will be allowed to trade in March; futures contracts will be introduced in April.

Nikolayev said no timeline had been established for trading for export on the exchange, which also handles grain, sugar, mineral fertilizer, cement and esoteric financial products like Russian government quotas for beef and pork imports – all in rubles.

“We are in Russia, and the currency is rubles, not euros, not dollars,” he said. “We don’t want to depend on the rise or fall of the dollar.”
Greenspan comments on oil

The pegs restrict the ability of governments in the Gulf to fight inflation by forcing them to shadow U.S. monetary policy at a time when the Fed is cutting rates to ward off recession, while Gulf economies are surging on a near five-fold jump in oil prices since 2002. The central bank chiefs of Saudi Arabia and the United Arab Emirates spoke Monday in favor of retaining dollar pegs, while Qatar’s prime minister advocated regional currency reform to avert possible unilateral revaluations designed to curb inflation.