A new wrinkle cream that promises fabulous results. But the question everyone’s asking is “what’s in that cream?” 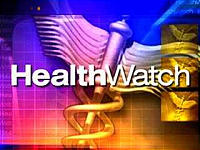 Barbara Blair says this new gel she’s been using makes her face look a lot younger than the Retin-A and vitamin C creams she’s been using. “It’s really tightened my skin. Firmed it. The little lines are much better. The texture is very appreciably different.” What Blair probably doesn’t know is that a key ingredient in the cream is the foreskin of a circumcised baby. The skin that would otherwise be tossed away. It was first made into a product that helped burn victims heal. Now it’s in this antiwrinkle gel, called TNS Recovery Complex. Betsy Rubenstone is the aesthetician in the plastic surgery department at the University of Pennsylvania and she swears by this stuff. She knows why the foreskin is used. “It’s filled with everything we begin to lose as we age,” Rubenstone says. “And that includes growth factors, amino acids, proteins, collage, elastin and holyuronic acid.” Thomas Jefferson University Hospital dermatologist Paul Bujanauskas says while TNS might have merit, he would not prescribe it for his patients because no scientific research proving its value has been published in medical journals. The cost of one bottle of TNS is about $130. And that will last you about a month and a half. How does it smell? Well that’s another downside. Just ask anybody who uses it. “It’s disgusting. It’s got a sour smell to it that makes you want to gag,” says Blair. “But you get used to it.”

4 thoughts on “The Skinny On Miracle Wrinkle Cream”