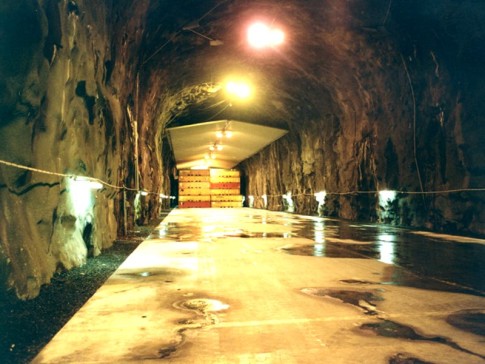 – Nuclear radiation, Kierkegaard, and the philosophy of denial:

As the evidence of the extreme harm to health inflicted by nuclear radiation mounts, the denialists are resorting to ever greater extremes, writes Chris Busby. On the one hand, advancing the absurd claim that ionising radition is not merely harmless, but health-enhancing. On the other, closing down the experiment that would have provided the strongest evidence yet.

“The torture imposed on logic, reason and observational data by the advocates of nuclear power has now reached the level of clinical psychosis – a thought disorder in which reality testing is grossly impaired.”

It used to be, and indeed children are still taught in schools, that the advances that have been made in the last five hundred years (antibiotics, electricity, computers etc) resulted from the application of Science and its overthrow of dogmatic belief. 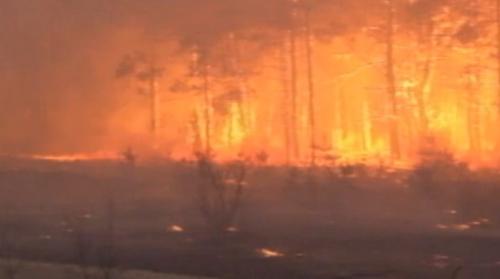 Have you ever wondered what would happen if a raging forest fire swept across an area severely contaminated by radioactive waste? We can’t say that we have either, but we may be about to find out because there are around 400 hectares of woodland on fire in the exclusion zone around Chernobyl. While the Ukrainian government claims the fire is “contained,” some say the mass burning of plants which may have absorbed significant levels of contaminants over the nearly three decades since the Chernobyl nuclear accident has the potential to “resuspend” harmful agents in the surrounding air. Here’s ecologist Christopher Busby who spoke to RT:

And here’s Reuters with the “official” word from Ukraine:

Alex continues with special guest Dr. Christopher Busby regarding the massive wave of radiation headed for the US West Coast from the Fukushima disaster in Japan.
http://www.llrc.org/index.html

Dr. Busby obtained First Class Honours BSc (Special) in Chemistry from the University of London and researched spectro-electrochemistry at the University of Kent, gaining a PhD.. He was a member of the UK Ministry of Defence Oversight Committee on Depleted Uranium and was elected a Fellow of the University of Liverpool in the Faculty of Medicine. (Source: CERRIE) 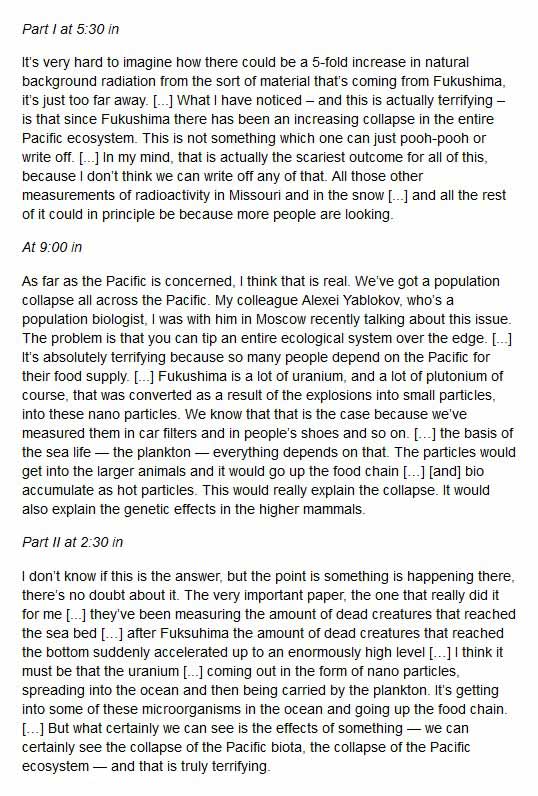 From Sunday: L.A. Times: Alarming West Coast sardine crash likely radiating through ecosystem — Experts warn marine mammals and seabirds are starving, may suffer for years to come — Boats return without a single fish — Monterey Bay: Hard to resist idea that humpback whales are trying to tell us something

See also: Sailor: “After we left Japan, it felt as if the ocean itself was dead” — Nothing alive for over 3,000 miles — No longer saw turtles, dolphins, sharks, b

Chris Busby is the Scientific Secretary of the European Committee on Radiation Risk. For details and current CV see www.chrisbusbyexposed.org. For accounts of his work see www.greeenaudit.org, www.llrc.org and www.nuclearjustice.org

Following a campaign of dirty tricks a decisive case in Britain’s nuclear test veterans fight for justice will reach the High Court in June 2014, writes Chris Busby. The case will also put on trial the dominant risk model for radiation and human health.

“Uranium particles cannot cause cancer – according to the ICRP model – unless you inhale so much you choke.”

The United Kingdom Veterans of the Atomic Atmospheric Testing in the Pacific and Australia have always maintained that they suffered harm, including cancer and leukemia. The government has consistently denied this.

Its argument is that except for very few of them, no-one received a radiation ‘dose’ significantly different from natural background. This was recently affirmed by the new Minister when she refused to concede that the test veterans were any different from any other ex-servicemen.

I did cover fracking and its radiation risks several times before. (See info down below.)

Christopher Busby is an expert on the health effects of ionizing radiation and Scientific Secretary of the European Committee on Radiation Risk.

Environmentalists point to various dangerous consequences of using fracking technology, but none can be compared to the issue of radiation exposure and radioactive contamination of the development areas it poses.

UK government plans to use fracking technology in populated areas of the country recently drew hundreds of people to the streets in protests. Protesters pointed to the dangerous example of the US, the worldwide leader in fracking, where hydraulic fracturing (which consumes vast amounts of water) led to areas of Arkansas, Colorado, New Mexico, Oklahoma, Texas, Utah and Wyoming facing a dire water crisis.

Fracking involves toxic chemicals being lowered into kilometer-deep holes drilled in the ground to isolate gas and oil from shale. The toxic chemicals can then float into lakes and rivers or contaminate the ground. Also, fracking produces a disproportionate amount of waste, including radioactive water, which then has to be dumped somewhere.

The key to fracking

Uranium is the key element to fracking, or hydraulic fracturing, to use its proper name. In the real-world version of Phineas Fogg’s “Eighty Days Around the World,” burning the ship’s masts and furniture to make steam, governments are now encouraging the oil and gas merchants to blast their way deep into the Earth to squeeze the last ounce of oil and gas from that poor creature. But there will be a terrible revenge. Locked up in the strata into which they pump the pressurized process water, to fracture and thus create the huge surface area sponge which will yield up its cargo of gas and oil, is a monstrous amount of natural uranium and its deadly daughter Radium-226. And vast amounts of the radioactive alpha emitting gas Radon-222, and its own daughters Bismuth 214, Lead-210 and the alpha emitter Polonium-210. Remember Polonium-210? That was the material used when a few millionths of a gram poisoned ex-Russian agent Alexander Litvinenko.

Deep down in the earth, there is a lot of radioactivity, which is safe enough, so long as it is not brought up to the surface. The technical term is NORM (Naturally Occurring Radioactive Material). When it is brought to the surface it becomes Technologically Enhanced, or TENORM, and it is a serious health problem near oil wells and gas production sites. It is in the production water, in the oil, in the gas, around the production sites, the groundwater, in the pipes and tanks – and in your kitchen.

I recently pointed out, this operation has to go on forever – a long sickness, but at least not a sudden death. However, this week begins a new development in the potential sudden death department.

There is a curious and bizarre reversal of the natural at Fukushima: a looking-glass world inversion. Unlike the standard marine catastrophe, for example the Titanic, where the need is to manically pump water out of the ship to stop it sinking, at Fukushima the game is to madly pump water in, in order to stop it melting down and exploding.