The State Department has an office that hunts German war criminals. Bureaucracies being what they are, the office will exist into next century when any surviving German prison guards will be 200 years old. From time to time the State Department claims to have found a lowly German soldier who was assigned as a prison camp guard. The ancient personage, who had lived in the US for the past 50 or 60 years without doing harm to anyone, is then merciless persecuted, usually on the basis of hearsay. I have never understood what the State Department thinks the alleged prison guard was supposed to have done–freed the prisoners, resign his position?–when Prussian aristocrats, high-ranking German Army generals and Field Marshall and national hero Erwin Rommel were murdered for trying to overthrow Hitler.

What the State Department needs is an office that rounds up American war criminals.

They are in abundance and not hard to find. Indeed, recently 56 of them made themselves public by signing a letter to President Obama demanding that he send in the US Army to complete the destruction of Syria and its people that Washington has begun.

At the Nuremberg Trials of the defeated Germans after World War II, the US government established the principle that naked aggression–the American way in Afghanistan, Iraq, Libya, Somalia, Pakistan, and Yemen–is a war crime. Therefore, there is a very strong precedent for the State Department to round up those neoconservatives who are fomenting more war crimes.

But don’t expect it to happen. Today, war criminals run the State Department and the entire US Government. They are elected to the presidency, the House, and the Senate, and appointed to the federal courts as judges. American soldiers, such as Bradley Manning, who behave as the State Department expects German soldiers to have behaved, are not honored, but are thrown into dungeons and tortured while a court martial case is concocted against them.

Posted on February 16, 2011 by Barbara Peterson 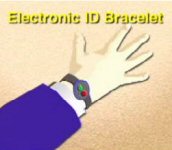