– “This Is A Dangerous Iranian Escalation”: Bahrain Blames Pipeline Explosion On Iran, Terrorists:

There was something odd about Friday’s night’s explosion of an oil pipeline belonging to Bahrain’s state-run oil company BAPCO, which local authorities initially said was the result of an accident: as we said, the giant fireball had all the hallmarks of either sabotage or a terrorist event, the only question is whether it was real or staged, and who would ultimately be blamed for it.

#BREAKING : Huge #fire resulted in a gas pipeline explosion in #Bahrain while ago. (exact cause yet to be confirmed) pic.twitter.com/kAgQ1nJARa

We didn’t have long to wait for the answer: on Saturday Bahrain government claimed the blast was a “terorrist act” directed by Iran.

In a statement on Twitter, the Bahrain Ministry of Interior said that “evidence gathered by the inspection team confirms that this was an intentional act undertaken by terrorists intending to undermine the security of the Kingdom” with Bahrain’s interior minister, Sheikh Rashid bin Abdullah Al Khalifa, adding that the blast was “the latest example of a terrorist act performed by terrorists in direct contact with & under instruction from, Iran.“

– It’s A “Geopolitical Earthquake”: A Stunned World Responds After Saudi Alliance Cuts All Ties With Qatar:

Virtually nobody saw it coming: a Saudi Alliance cut off most diplomatic and economic ties to Qatar, in an “unprecedented move” designed to punish one of the region’s financial superpowers for its ties with Iran and Islamist groups in the region.

Just days after president Trump left the region, a geopolitical earthquake is taking place in the Middle East tonight as the rift between Qatar and other members of the (likely extinct) Gulf Cooperation Council explodes with Bahrain, UAE, Saudi Arabia, and Egypt cutting all diplomatic ties with Qatar accusing it of “speading chaos,” by funding terrorism and supporting Iran.

The dispute between Qatar and the Gulf’s Arab countries started over a purported hack of Qatar’s state-run news agency. It has spiraled since, and appears to be climaxing now… just days after President Trump left the region.

As Al Arabiya reports, Bahrain has announced it is cutting diplomatic ties with Qatar, according to a statement carried on Bahrain News Agency.

International Institute for Strategic Studies received cash over five years, partly to pay for Gulf conference at which Boris Johnson is due to speak 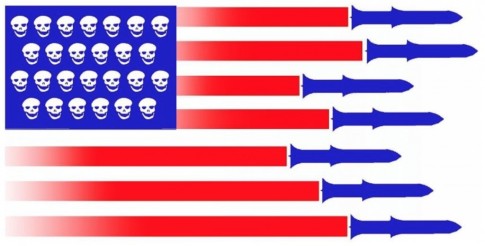 One of the many destructive myths Americans like to tell themselves is that the U.S. government is a staunch defender of human rights and democracy around the world. In reality, nothing could be further from the truth.

Yes its true, there are plenty of well intentioned individuals and organizations across America that do care very deeply about such things; the U.S. government just isn’t one of them. The facts on the ground clearly prove this to be the case. The only thing those in charge care about is raw imperial power and money. Of course, they know this. They also know that keeping the myth alive is extremely important in order to maintain the moral high ground and some degree of legitimacy in the eyes of the public.

Having been ‘snubbed’ by the new Saudi King Salman, it appears the uneasy relationshipo with our ‘allies’ in The Gulf is ebbing. In what the State Department will, we are sure, just brush off, Politico reports that the king of Bahrain has apparently also snubbed President Barack Obama, preferring instead to attend a horse show with Queen Elizabeth