After trying to expose a group of high-level government pedophiles, a victim’s father was murdered, the victim kidnapped by the state, and the family persecuted by government officials.

A teenage refugee from Lithuania has come forward with a White House petition and a damning testimony showing what happened after his family tried to expose a little girl’s abusers. When his four-year-old cousin accused two high-level government officials—describing it in heartbreaking detail—Korolis Venckienė learned the hard way how the government protects its vilest members, up to and including using hundreds of militarized police and even murder.

As Venckienė explains in his petition on WhiteHouse.gov, this nightmare started when their family attempted to seek justice for the sick men who allegedly raped his four-year-old cousin.

Three sets of military exercises kicked off in Europe on Monday, involving thousands of servicemen from a variety of NATO nations and their allies, amid a wave of similar action across the area.

Estonia is holding its largest-ever military drills. Named Siil-2015 (Hedgehog), the maneuvers involve about 13,000 personnel. The number includes about 7,000 reservists, along with members of the volunteer Estonian Defense League.

Siil-2015, scheduled to last until May 15, also involves forces from the US, the UK, Germany, Latvia, Lithuania, Belgium, Poland and the Netherlands. American troops, who are staying in Estonia as part of the massive training operation Atlantic Resolve, will bring four Abrams main battle tanks to the exercise. British, Belgian and German air defense units, as well as several NATO warplanes, will also take part.

I need to hear from you. Please support your site

According to news reports https://ltnacionalistas.wordpress.com/angliskai/lithuanian-government-intensifies-persecutions-against-anti-imperialist-activists/ and to this appeal by Kristoferis Voishka https://www.youtube.com/watch?v=X6MDj2uvyLk
the pro-American government installed in Lithuania is persecuting Lithuanians who dissent from the anti-Russian propaganda that is driving Washington’s NATO puppets to war with Russia. Unlike their puppet government, Lithuanians understand that war with Russia means that Lithuania on the front line will be utterly destroyed, a result that would not bother Washington in the least, just as Washington is undisturbed when its forces obliterate weddings, funerals, and children’s soccer games.

What is Lithuania? To Washington it is a nothing.

While most Americans discount the possibility of a major conflict with Russia, Europeans who have seen two great wars in the last century know better.

The country of Lithuania, much like its neighbors, is preparing for a full-out invasion by Russian forces and their government is issuing a survival manual to its citizens. Though the complete details have yet to be released, the manual, among other things, advises citizens to “keep a sound mind, don’t panic and don’t lose clear thinking.”

A freight train carrying a whole column of American armored vehicles has been caught on camera in Latvia. Dalbe Railway Station, where the train was reportedly spotted several days ago, is less than 300km from the Russian border.

Latvian authorities have confirmed to Delfi news portal that the train spotted on December 7 was loaded with the vehicles of the 1st Cavalry Division of the US and the train was heading to Lithuania. 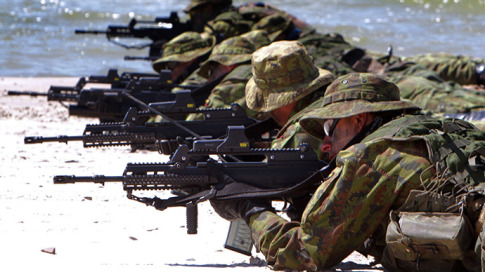 Servicemen from nine NATO member states are taking part in nearly two weeks of military exercise in Lithuania. What used to be a national military drill has become a multinational NATO war game in response to events in neighboring Ukraine.

2,500 servicemen from Canada, the Czech Republic, Estonia, Hungary, Germany, Lithuania, Luxemburg, the UK and the US are taking part in the Iron Sword 2014 military drill in Lithuania, November 2-14.

The troops will be training “interoperability in NATO units, co-ordination of actions and readiness to complete defensive and offensive operations,” reported Lithuania’s DELFI news agency.

The Ukraine conflict continues to simmer, with the conclusive presidential election perceived as a positive even as the fighting in the eastern part of the nation intensifies, but it is NATO member Lithuania where today’s action was, where according to the Lithuanian Defense Ministry, NATO sent two fighter jets from Estonia after Lithuania said Russian vessel disturbed civilian shipping in Baltic Sea, and two Russian warplanes flew over Lithuanian airspace.

Lithuanian soldiers and US soldiers stand in front of an aircraft of the US air force at the air force base near Siauliai Zuokniai, Lithuania, on April 26, 2014

– US soldiers arrive in Lithuania to ‘reassure’ NATO allies amid Ukrainian crisis (RT,April 26, 2014):

American troops have arrived in Lithuania for military drills as tensions rise in the region over Ukraine. Russia has voiced its concern over the troop buildup in Eastern Europe as well as to the deployment of NATO ships in the Black Sea.

The Lithuanian government welcomed the arrival of 150 troops at the Lithuanian Air Force Aviation Base in Siauliai on Saturday, reported Reuters. Referring to the escalating tensions in Ukraine, President Dalia Grybauskaite said “we know in this situation who our real friends are coming to help.”

“If any of our guests are injured, it would mean an open confrontation not with Lithuania but with the United States,” she added. The group of troops is part of a larger contingent of 600 troops that have been deployed throughout Eastern Europe to reassure NATO allies. Another company of soldiers arrived in Poland on Wednesday and in Latvia on Friday. Troops are also expected to arrive in Estonia on Monday.

“It’s a message to anyone who will listen, and the message is that the United States of America will honor its commitments to Lithuania,” Richard Longo, Deputy Commanding General of US Army Europe, told reporters in Siauliai. 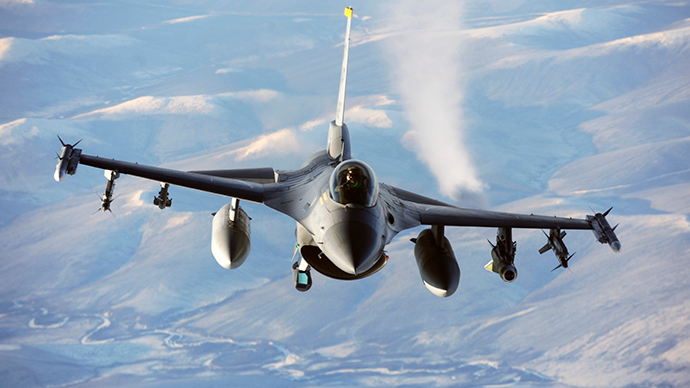 – US deploys fighter jets in Poland and Lithuania amid Ukrainian turmoil (RT, March 10, 2014):

The US is sending a dozen F-16 fighter jets and nearly 300 service personnel to Poland by Thursday as part of a training exercise in response to the crisis in neighboring Ukraine, the Polish defense ministry confirmed.

The agreement to deploy US military forces in Poland was made between US Defense Secretary Chuck Hagel, and Poland’s Minister of National Defense Tomasz Siemoniak during a telephone conversation on Sunday, March 9, 2014, according to a statement on the official website of the Polish Ministry of National Defense.