“As I recall under the USSR, the State owned all the nation’s assets.

Under Boris Yeltsin, all that changed and Foreign funded buy outs of these assets resulted in much ownership being transferred abroad, which annoyed Vlad.

Khodorkovsky is but one of many who benefitted from this asset stripping exercise, and I believe Vlad wants to reign in the ownership in order to bring back some nationalistic pride using the Russian State as against some slimy international/globalist Bankster led influence aka Soros, Buffet et al.
The Guardian is jew owned pro zionist mouthpiece , which will try to brainwash anyone to be sympathetic to the zionist cause.”

Reuters is owned by the Rothschilds … 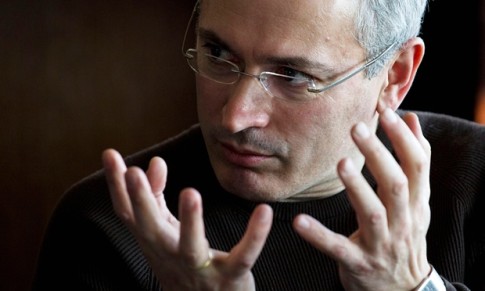 Armed Russian police have raided the offices of a pro-democracy movement founded by outspoken Kremlin critic Mikhail Khodorkovsky , a move they said was part of a criminal investigation into the former tycoon and his associates.

Khodorkovsky, whom police accused this month of organising a contract killing in 1998, interpreted the latest pressure on him as payback for his criticism of Russia’s president, Vladimir Putin. 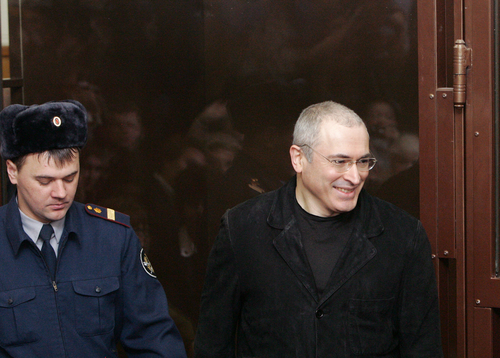 The final decision in the Russian trial against former oil oligarch Mikhail Khodorkovsky has drawn dramatic statements of protest from the US Obama Administration and governments around the world labeling Russian justice as tyrannical and worse. What is carefully omitted from the Khodovkorsky story however is the true reason Putin arrested and imprisoned the former head of Russia’s largest private oil giant, Yukos. Khodorkovsky’s real crime was not stealing Russia’s assets for a pittance in the bandit era of Yeltsin.

Mikhail Khodorkovsky’s real crime is that he was a key part of a Western intelligence operation to dismantle and destroy what remains of Russia as a functioning state. When the facts are known the justice served on him is mild by comparison to US or UK standard treatment of those convicted of treason against the state. Obama’s torture prison at Guantanamo is merely one example of Washington’s double standard.