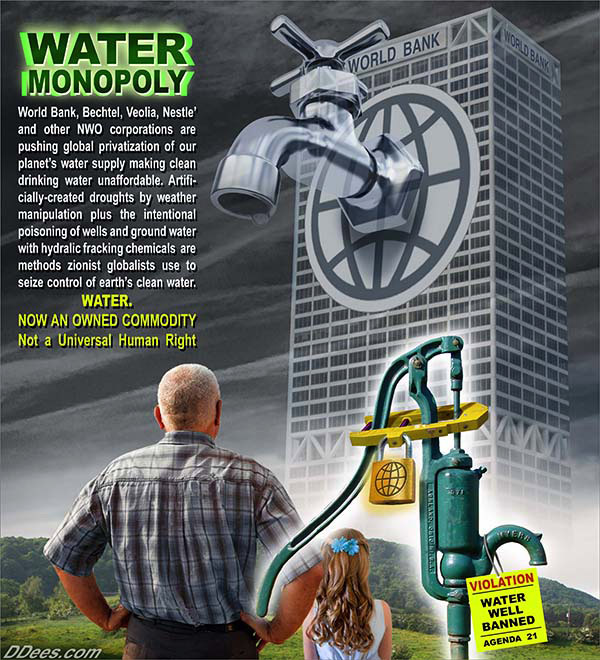 More than 10 years into the job, Bechtel National Inc. has been described as incompetent to complete the $12.2 billion nuclear waste treatment plant at Hanford, Wa., the nation’s largest radioactive waste site, according to an internal Department of Energy memo.In the Aug. 23 memo, the DOE official responsible for supervising engineering at the facility, Gary Brunson, calls for Bechtel to be immediately removed as the design agent for the novel Waste Treatment Plant (WTP), which was supposed to begin operation last year.

“The number and significance of these issues indicate that Bechtel National Inc. is not competent to complete their role as the Design Authority for the WTP, and it is questionable that BNI can provide a contract-compliant design as Design Agent,” Brunson writes in the memo.

DON’T CRY FOR ME ARGENTINA SAVE YOUR TEARS FOR YOURSELF – While bankers do control the issuance of credit, they cannot control themselves. Bankers are the fatal flaw in their deviously opaque system that has substituted credit for money and debt for savings. The bankers have spread their credit-based system across the world by catering to basic human needs and ambition and greed; and while human needs can be satisfied, ambition and greed cannot-and the bankers’ least of all.

I have a bad feeling about what’s about to happen. The Great Depression is the closest that comes to mind. I, like most, was not alive during the 1930s when it happened. Nonetheless, what once was feared in private is now being discussed in public. It’s going to be bad. It’s going to make high school seem like fun.

THE UNITED STATES OF AMERICA THE NEXT ARGENTINA

This Time is Different: A Panoramic View of Eight Centuries of Financial Crises by University of Maryland‘s Carmen Reinhart and Harvard’s Kenneth Rogoff makes for perfect reading when flying between the US and Argentina.

Read moreThe United States of America is the Next Argentina

Information for this article comes from long-time business, finance and political writer and analyst Bob Chapman who publishes the bi-weekly International Forecaster. It’s power-packed with key information and a valued source for this writer. He obtained voluminous material directly from its source. People need to know it. Read on.

SueAnn Arrigo is the source. She was a high-level CIA insider. Her title was Special Operations Advisor to the Director of Central Intelligence (DCI). She also established the Remote Viewing Defense protocols for the Pentagon in her capacity as Remote Viewing Advisor to the Joint Chiefs of Staff (JCS). It earned her a two-star general rank in the military. She called it a “ploy” so the Pentagon could get more of her time and have her attend monthly Joint Chiefs of Staff meetings. Only high-level types are invited, and she was there from October 2003 to July 2004.

Part of her job involved intelligence gathering on Iraq and Afghanistan – until August 2004 when she refused to spread propaganda about a non-existant Iranian nuclear weapons program and left. She followed in the footsteps of others at CIA who resigned for reasons of conscience and became critics – most notably Ray McGovern, Ralph McGehee, and Phil Agee.

On May 16, 2008, Arrigo sent extensive government corruption and cover-up information to Henry Waxman, Chairman of the House Oversight and Government Reform committee – in 12 separate cases. This article covers four of them or about one-third of what Congress got. The 12 are explosive and revealing but just the tip of the iceberg:

— of government corruption and war profiteering;

— high-level types on the take;

— on September 10, 2001, Rumsfeld admitting “According to some estimates, we cannot track $2.3 trillion in transactions;”

— its corrosive effect on the nation; and people should

— demand accountability – who profits, who pays and what are the consequences of militarism gone mad.

SueAnn Arrigo offers a glimpse and at great personal risk. In August 2001, DCI George Tenet told her to assemble “a moving van full of Pentagon documents showing Defense Contractor kickbacks to Pentagon officials.” She did as instructed but not to expose corruption as she learned – to conceal it and in her judgment so CIA could divert defense business to Halliburton and “Carlyle-related contractors.” She stated: “The mood at the CIA and Pentagon was ‘war is coming’ because the Bush Family stands to make billions from it — so get ready.”