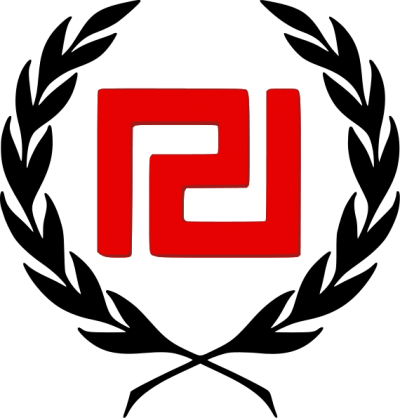 Somewhat ironically, given that April 20th is Hitler’s brithday, one of Greece’s most important political trials against current and former MPs and members of neo-nazi Golden Dawn started this morning. Party leader Nikos Michaloliakos and 68 other defenders stand trial on felony charges for having established a criminal organization, having committed several racists attacks and murder and the procession of weapons. The trial takes place in a special courtroom built inside high security prison Korydallos in western Athens. Several antifascists groups and Golden Dawn supporters gathered outside the prisonand violence broke out leading to the decision, two hours after the trial began, to adjourn until May 7th 2015  for “procedural reasons.” 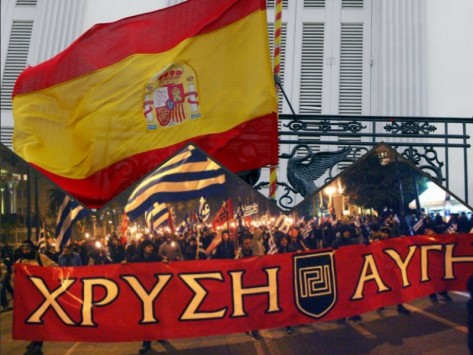 As the ‘new’ alternative political party – “We Can” – surges to the lead in polls in Spain, it appears extreme parties from around Europe are taking note. As KeepTalkingGreece reports, the Spanish branch of the neo-fascist Golden Dawn party has been officially registered as a political party in Spain. Between Catalan secession, record youth unemployment, and government corruption, throwing some right-wing extremists into the mix should ‘help’.

In real MARTIAL ARTS clubs fascists will find it most difficult to recruit idiots.

– Greece’s neo-fascists are on the rise… and now they’re going into schools: How Golden Dawn is nurturing the next generation (Independent, March 8, 2013):

On a recent Thursday night, seven teenage boys in the central Greek city of Larissa decided to have what they described as “fun”. Armed with rocks and wooden batons, the group of 15-year-olds attacked the shop of a Pakistani resident. His son was treated for head injuries.

Attacks by children are rare, but there are fears that they are on the rise as a harsh anti-immigrant rhetoric with undercurrents of violence takes root in the malleable minds of patriotic youths as they watch their country’s sovereignty being eroded by foreign creditors.

The potential to tap into this dissatisfaction and win over Greece’s future voters has not been lost on the controversial Golden Dawn party: an investigation by The Independent found the neo-fascist party gaining ground among the country’s youth, aggressively spreading their anti-immigrant, far-right message through social media, the internet, and youth clubs.

Read moreGreece: ‘Golden Dawn’ Neo-Fascists Are On The Rise … And Now They’re Going Into Schools

An independent MP has called for a crackdown on firearms in Greece amid allegations that a growing number of politicians are carrying weapons.

Reports of pistol-carrying deputies entering parliament have added to the febrile mood in a 300-member chamber in which hardcore Marxists sit with fascists, eurocommunists, rightwing populists, conservatives, socialists and an array of independent dissidents.

The MP, Nikos Nikolopoulos, told the Guardian he was “deeply worried” by the dramatic rise in requests for weapons licenses by parliamentarians. 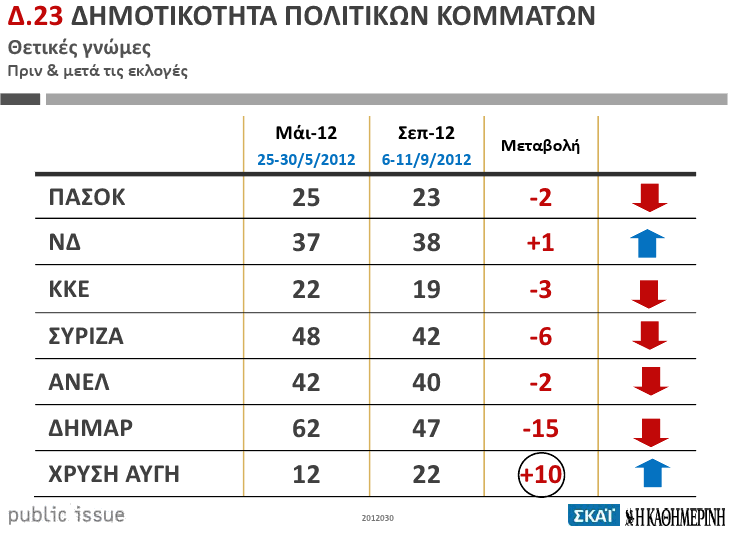 In a somewhat stunning revelation, especially after our earlier note on the Golden Dawn leader’s ‘position’ on the issues of the day, GreekReporter notes via the news paper To Vima, that more than half of all police officers in Greece voted for pro-Nazi party Golden Dawn in the elections of May 6th. It’s not really for us to judge (well maybe it is) but when some polling stations report Golden Dawn receiving 19-24% of the votes, things are going from the dismal to the horrific (and potentially chaotic) very fast.

(ANSAmed) – ATHENS, MAY 11 – More than half of all police officers in Greece voted for pro-Nazi party Chrysi Avgi’ (Golden Dawn) in the elections of May 6. This is the disconcerting result of an analysis carried out by the authoritative newspaper To Vima (TheTribune) in several constituencies in Athens, where 5,000 police officers in service in the Greek capital also cast their ballot.