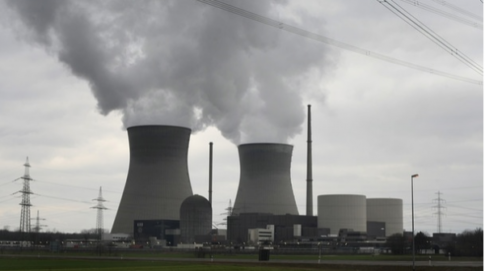 Remember when “someone” used the Stuxnet virus, or rather worm, in an Iranian nuclear plant several years ago to freeze Iranian nuclear production, leading to a major diplomatic scandal involving the spy agencies of both the US and Israel, as the world learned that in the present day industrial sabotage only needed a flash drive and a computer virus to render even the most sophisticated piece of industrial machinery obsolete? Well, moments ago, Bloomberg reported that a computer virus was discovered in a German nuclear power plant.

The super worm known as Stuxnet was but a cog in an active US war program in which hundreds of thousands of network implants and backdoors in Iran networks were actively maintained to facilitate a devastating barrage of hacking attacks, a documentary claims.

Zero Days, due to screen at the Berlin Film Festival today, claims that Stuxnet was just one part of an operation called “Olympic Games” that is itself part of a wider effort dubbed “Nitro Zeus” that involves hundreds of US defence personnel.

Even Threatens the International Space Station

In their obsession to stop Iran from developing nuclear weapons, the U.S. and Israel created a computer virus (called “Stuxnet”) to take out Iran’s nuclear enrichment machinery.

The virus appears to have spread to other countries.

One of the world’s top computer security experts – Eugene Kaspersky – said this week that the virus has attacked a Russian nuclear reactor.   As The Register notes:

“I don’t think the US government even realized how far it had spread” is how the collateral damage from the Iran-attacking Stuxnet computer virus is described by Chevron. The sleep San-Ramon-based oil giant admitted this week that from 2010 on “we’re finding it in our systems and so are other companies… so now we have to deal with it.” It would seem that little consideration for just how viral this cyber warfare tactic has become and this news (reported by Russia Today) is the first time a US company has come clean about the accidental infection. Discovered in 2010, the Stuxnet worm was reported with all but certainty to be the creation of the United States, perhaps with the assistance of Israel, to set back Iran’s nuclear enrichment program as a preemptive measure against an eventual war. In a June 2012 article published by The New York Times, government agents with direct knowledge of Stuxnet claimed that first President George W. Bush, then Barack Obama, oversaw the deployment of the worm as part of a well-crafted cyberassault on Iran. On the record, the federal government maintains ignorance on the subject of Stuxnet, but perhaps Chevron sums up the impact of Stuxnet best (given the escalating Iranian enrichment program): “I think the downside of what they did is going to be far worse than what they actually accomplished.”

America’s cyberwar is already seeing collateral damage, and it’s hitting the country’s own billion-dollar companies. Oil giants Chevron say the Stuxnet computer virus made by the US to target Iran infected their systems as well.

Pentagon-funded researchers have come up with a new plan for busting leakers: Spot them by how they search, and then entice the secret-spillers with decoy documents that will give them away.

Computer scientists call it it “Fog Computing” — a play on today’s cloud computing craze. And in a recent paper for Darpa, the Pentagon’s premiere research arm, researchers say they’ve built “a prototype for automatically generating and distributing believable misinformation … and then tracking access and attempted misuse of it. We call this ‘disinformation technology.’”

Read moreFeds Look To Fight Leaks With ‘Fog of Disinformation’ 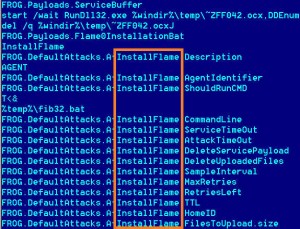 – Kaspersky At Cyber Security Conference: ‘It’s Not Cyber War, It’s Cyber Terrorism And I’m Afraid It’s Just The Beginning Of The Game … I’m Afraid It Will Be The End Of The World As We Know It’

Anyone who has spent longer than a day on a computer knows how dangerous to your hard drive malware and other malicious code can be. Most of us have fallen victim to one or the other and have cursed the day the hacker who developed it was born.

Now, according to reports, some of the most sophisticated malicious code ever developed is a product of the United States government, leaving more than a few tech experts and analysts concerned that maybe now, Washington has become a bigger info-terrorist than some of the country’s worst enemies.