– Biden Announces 2020 Presidential Run: “We Have No Freakin’ Idea What Trump’s Gonna Do” 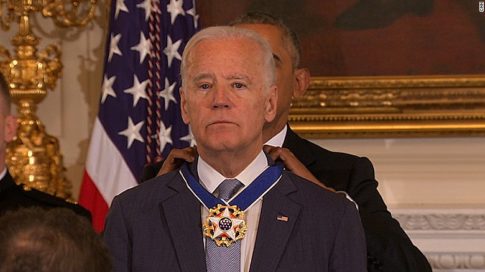 Watching Obama award his BFF Joe Biden with the Presidential Medal of Freedom caused NBC’s Matt Lauer to “weep” and “burst out crying.”

Following a gushing report on Friday’s NBC Today about President Obama awarding Vice President Joe Biden with the Presidential Medal of Freedom, co-host Matt Lauer revealed that he was overtaken by emotion while watching the White House ceremony on Thursday: “So I’m glad there were no cameras in my apartment yesterday because I was just sitting there weeping….I just burst out crying when I saw that moment. It was incredible.”

Introducing the three-minute segment, Lauer proclaimed: “…there was something special in Washington yesterday. It’s getting a lot of attention. President Obama surprising his vice president, Joe Biden, with the Presidential Medal of Freedom.” Correspondent Andrea Mitchell followed: “It was extraordinary, Matt….Barack Obama had a parting gift for his vice president, Joe Biden. Also on display, the kind of friendship rarely seen between high-powered politicians here in Washington.”

I burst out laughing.

– Turkey Slams US Comments That Its Bombing Of US Allies “Is Unacceptable” Are “Unacceptable”:

Yesterday, as the fallout from the latest Turkish incursion into Northern Syria was being digested and the US realized that far from an expansion in Ankara’s campaign on ISIS, Erdogan was merely using the Islamic State as a pretext to expand his war against the Kurdish militia, known as YPG – which also happens to be a part of the broader US-backed Syrian Democratic Forces (SDF) coalition – the DoD  said that “we want to make clear that we find these clashes — in areas where [ISIS] is not located — unacceptable and a source of deep concern.”

Did Biden find the on/off switch? 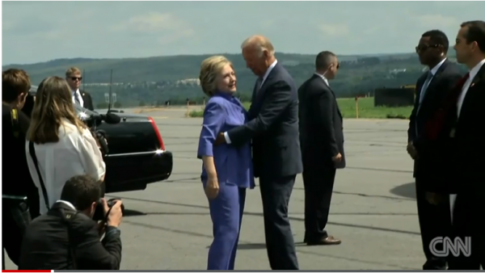 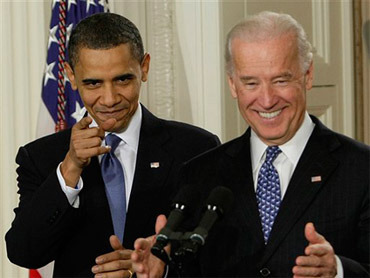 – A Hint Of What’s To Come? Joe Biden Says He “Would Have Been The Best President”:

In what was a veiled reminder that in a “worst case scenario” for Hillary Clinton, namely an affirmative outcome in the FBI’s criminal inquiry into her email server which would surely terminate her presidential run, Obama may simply pivot to what many have speculated was always the democrats’ Plan B, earlier today Vice President Joe Biden told “Good Morning America” that he “would have been the best president” if he had run, but that he made the right decision to sit out the race following his son’s death last year.

Read moreA Hint Of What’s To Come? Joe Biden Says He “Would Have Been The Best President”

– In Dramatic Reversal, US Vice President Biden Calls On Turkey To Withdraw Its Troops From Iraq:

It has been a strange two days for US foreign policy.

Earlier today we reported that in what amounts to a significant blow to the official US position over Syria, namely the multi-year demands to replace president Assad with a western puppet ruler, John Kerry on Tuesday accepted Russia’s long-standing demand that President Bashar Assad’s future be determined by his own people, as Washington and Moscow edged toward putting aside years of disagreement over how to end Syria’s civil war.” 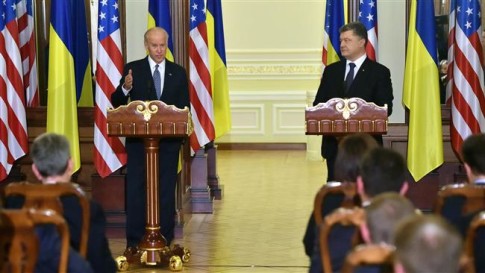 – US VP says Moscow should return Crimea to Ukraine:

US Vice President Joe Biden says Russia should stick to a peace agreement on Ukraine and return the Black Sea Crimea peninsula to its western neighbor.

Biden made the comment during his latest trip to Ukraine where he told Ukrainian President Petro Poroshenko that “the US stands firmly with the people of Ukraine in the face of continued, I emphasize, continued aggression from Russia and Russian-backed separatists.”

Crimea declared independence from Ukraine on March 17, 2014 and formally applied to become part of Russia following a referendum a day earlier, in which 96.8 percent of participants voted in favor of the secession. The voter turnout in the referendum stood at 83.1 percent.