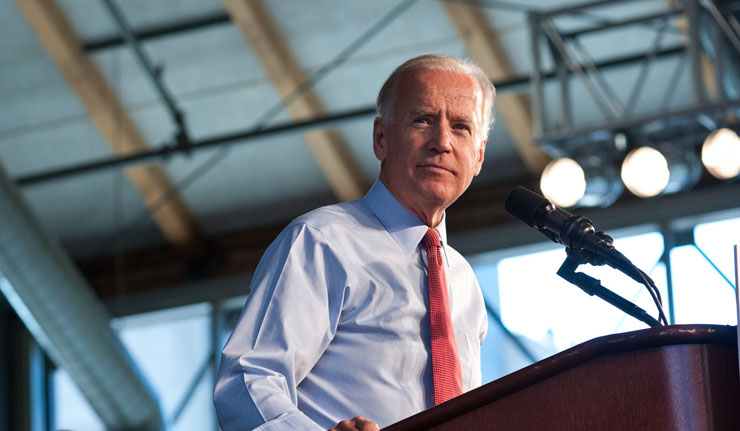 – Biden offers Kiev US help in organizing presidential elections on May 25 (Voice of Russia, April 22, 2014):

US Vice President Joe Biden told Ukrainian members of parliament in Kiev, including presidential candidates, that the United States was ready to help Ukraine’s economy but warned that they must fight the “cancer” of endemic corruption. He said the presidential election on May 25 would be the most important in the country’s history and Washington was ready to help in holding it. Biden added that the US is ready to assist Ukrainian leaders in seizing a chance to create national unity.

He said there was no reason Ukraine could not achieve energy security, but it would take time. He asked the legislators to imagine the stronger position Kiev would be in now if it was not dependent on Russia for gas supplies.

US Vice President Joe Biden will meet Ukraine’s acting pro-Western leaders on Tuesday in a symbolic show of America’s support for Kiev as Washington.

The meetings, on the second day of Biden’s two-day visit to Ukraine, take place after the US and Russia put a radically different spin on a telephone call between their diplomatic chiefs on reviving the accord reached last week in Geneva, AFP reports.

US Vice President Joe Biden has arrived in Ukraine’s capital Kiev where he is expected to roll out a package of technical aid, including energy assistance, to the conflict-stricken country, RIA Novosti.

“He’ll have the opportunity to speak with the government about what more is needed and what more we could provide in the period ahead,” an official said at a briefing onboard Biden’s plane.

The aid is said to include sharing technical information that will allegedly help Ukraine sort out its gas problem with the help of unconventional resources. Biden and the coup-imposed government in Kiev are expected to meet on Tuesday to discuss the pre-announced military assistance, the failed peace deal on southeastern Ukraine, its upcoming constitutional reform and the de-centralization initiative.

Biden’s trip was arranged in a bid to boost the de-escalation deal reached by Russia, Ukraine, the US and EU on 17 April. Eastern Ukraine has been swept by rallies since last month. Federalization supporters in Kharkiv, Luhansk, Donetsk, Gorlovka, Slaviansk and Kramatorsk have refused to recognize the legitimacy of the current Ukrainian government and are urging interim authorities to hold referendums similar to the one held in Crimea last month, which led to the republic’s reunification with Russia.

A Ukraine underwent a regime change resembling a military coup on February 22. The country’s parliament ousted President Viktor Yanukovych, changed the constitution and scheduled an early presidential election for May 25. Moscow has repeatedly questioned the actions.

The goal of US Vice President Joe Biden’s visit to Ukraine this week is to explore the possibilities for Washington’s face-saving exit from its foreign policy catastrophe in the country, experts told RIA Novosti Monday.

During his two-day visit, Biden will meet with senior Ukrainian officials to discuss efforts to help stabilize and strengthen Ukraine’s economy and assist Kiev in moving forward on constitutional reform, decentralization of government power, energy independence, anti-corruption efforts and free and fair presidential elections scheduled for May 25.

Washington’s repeated policy failures in Ukraine have necessitated a US retreat without losing face, Rostislav Ishchenko, President of the Kiev-based Centre for Analysis and Prognosis, said. “I think that he [Biden] will now head to Ukraine to understand if the US still has a possibility to leave without losing face and how the Kiev authorities can perform the duty not to protect US interests in Ukraine, but the duty to cover up the retreat,” Ishchenko said.

According to the expert, it has now become clear that the Kiev regime is unable to comply with the Geneva agreement signed with the United States and Russia last Thursday. In a bid to de-escalate the conflict, top diplomats from Russia, Ukraine, the United States and the European Union approved a statement calling on the sides to refrain from violence, extremism and provocations, disarm militants and launch a national dialogue on constitutional reform.

“We also understand that [Kiev] cannot suppress riots in the southeast, which has more chances to suppress Kiev,” he said.

Federalization supporters in Kharkiv, Donetsk, Gorlovka, Slaviansk and Kramatorsk have refused to recognize the legitimacy of the current Ukrainian government and are urging interim authorities to hold referendums similar to the one held in Crimea last month, which led to the republic’s reunification with Russia.

Ukrainian authorities have launched a special operation to crack down on the protests in the country’s southeast, involving military forces.

The city of Slaviansk, in northern Donetsk region, has become a flashpoint for tensions between Ukraine’s rival camps. Slaviansk is currently under the control of self-defense forces. At least three people died early on Sunday as unknown gunmen attacked a checkpoint near the city. Shells and foreign-made explosives, as well as the insignia of the Ukrainian far-right radical group Right Sector, were reportedly found at the scene. Self-defense forces later detained one of the suspected attackers, who is a member of Right Sector.

Director General of the Institute for Foreign Policy Research and Initiatives, Veronika Krasheninnikova, said Biden’s visit shows that events in Ukraine still dominate the attention of the United States. “Just a week ago, CIA Director John Brennan visited Kiev, now the vice president will do the same. The high-ranking positions of the US visitors demonstrate that Washington is paying serious attention to the situation in Ukraine,” Krasheninnikova said.

Brennan’s visit to Ukraine on the weekend of April 12-13 coincided with the decision by the Kiev authorities to crack down on pro-federalization protests in eastern Ukraine. Krasheninnikova said Brennan’s visit showed “to what extent the self-imposed Kiev authorities depend on Washington and prove their dependence.” She raised hope that Biden’s visit to Ukraine would pressure Kiev to fulfill obligations under the Geneva deal, while adding that this is “highly unlikely”.

US Vice President Joe Biden touched down at Kiev airport Monday for a two-day visit seen as a show of support for crisis-hit Ukraine’s pro-Western leaders, an AFP reporter at the scene said.

Biden’s arrival came as Moscow accused Kiev of violating an international accord aimed at defusing a separatist uprising in the county’s pro-Russian east.