Records published under Britain’s Freedom of Information (FOI) Act have compounded concerns that the UK government lobbied US officials to keep Britain’s role in CIA torture and rendition out of a soon-to-be published Senate report.

Newly-released data reveals Britain’s ambassador to the US, Peter Westmacott, engaged in at least 21 separate meetings with members of the US Senate’s Select Committee on Intelligence (SSCI) prior to its publication of this report, heightening existing allegations that the British government may be seeking to sanitize the document.

Amnesty International has accused the EU being “weak” and failing to protect human rights, citing the bloc’s tolerance of the CIA’s rendition flights and secret detention programme.

The group said several European countries had repeatedly violated rulings by the European Court of Human Rights against the return of terror suspects to countries where they are at risk of torture.

It cited the bloc’s “weak and incoherent” response to a UN report which found that Israel had committed war crimes in Gaza in 2009, and to similar allegations against government forces in Sri Lanka.

Amnesty also criticised the UN for its failure to intervene during the fighting in Sri Lanka. Thousands were killed during the war, and the UN at the time described the conflict as a “bloodbath”.

Amnesty also accused the EU and the US of using their influence with the UN Security Council to “shield” Israel from accountability in Gaza.

There is no change:

Here is what consequences this could have for every human being on earth. They can do this to everyone in their way:

MILAN/ROME (Reuters) – An Italian judge sentenced 23 Americans to up to eight years in prison on Wednesday for the abduction of a Muslim cleric, in a symbolic condemnation of the CIA “rendition” flights used by the former U.S. government.

The Americans were all tried in absentia because the United States refused to extradite them.

The U.S. State Department expressed its disappointment with the verdict, the first of its kind, but campaigners who have long complained that the renditions policy violated basic human rights said the ruling set an important precedent.

“This decision sends a clear message to all governments that even in the fight against terrorism you can’t forsake the basic rights of our democracies,” said prosecutor Armando Spataro. 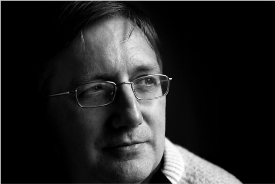 Read moreFormer UK ambassador: CIA sent people to Uzbekistan for extreme torture, to be ‘raped with broken bottles,’ ‘boiled alive’ and ‘having their children tortured in front of them’

“The Obama administration has now fully embraced the Bush administration’s shameful effort to immunize torturers and their enablers from any legal consequences for their actions,” said Ben Wizner, an ACLU lawyer representing the five men, in a press release. “The CIA’s rendition and torture program is not a ‘state secret;’ it’s an international scandal. If the Obama administration has its way, no torture victim will ever have his day in court, and future administrations will be free to pursue torture policies without any fear of liability.”

The American Civil Liberties Union had strong words on Friday for the Obama administration’s efforts to block the release of torture photos and its attempts to end a lawsuit over extraordinary rendition.

The ACLU criticized the White House’s deal with Congress, struck on Thursday, which eliminated a provision in a military financing bill that would have blocked the release of torture photos – but only after President Barack Obama promised to “use every legal and administrative remedy” available to keep the photos from the public.

“Keeping the photos secret while letting the high level perpetrators off the hook cannot be tolerated if we are to get an America we can be proud of again,” said Anthony Romero, executive director of the ACLU. “This information is necessary to create an accurate historical record and to force an increasingly recalcitrant Justice Department to undertake a criminal investigation of those who authorized and implemented the Bush administration’s torture program.”