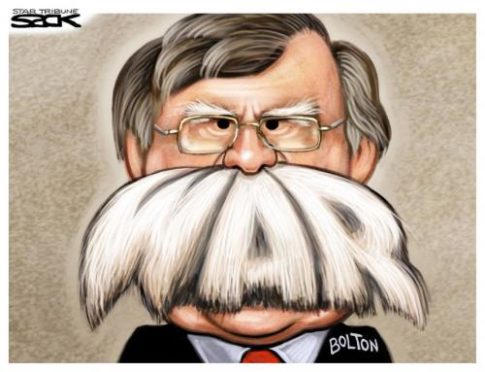 The last man standing between the U.S. and war with Iran may be a four-star general affectionately known to his Marines as “Mad Dog.”

Gen. James Mattis, the secretary of defense, appears to be the last man in the Situation Room who believes the Iran nuclear deal may be worth preserving and that war with Iran is a dreadful idea.

Yet, other than Mattis, President Donald Trump seems to be creating a war cabinet.

Trump himself has pledged to walk away from the Iran nuclear deal — “the worst deal ever” — and reimpose sanctions in May.

Secretary of State-designate Mike Pompeo calls Iran “a thuggish police state,” a “despotic theocracy,” and “the vanguard of a pernicious empire that is expanding its power and influence across the Middle East.”

Bibi Netanyahu is monomaniacal on Iran, calling the nuclear deal a threat to Israel’s survival and Iran “the greatest threat to our world.”

– Shall We Fight Them All?:

Saturday, Kim Jong Un tested an ICBM of sufficient range to hit the U.S. mainland. He is now working on its accuracy, and a nuclear warhead small enough to fit atop that missile that can survive re-entry.

Unless we believe Kim is a suicidal madman, his goal seems clear. He wants what every nuclear power wants — the ability to strike his enemy’s homeland with horrific impact, in order to deter that enemy.

Kim wants his regime recognized and respected, and the U.S., which carpet-bombed the North from 1950-1953, out of Korea.

Where does this leave us? Says Cliff Kupchan of the Eurasia Group, “The U.S. is on the verge of a binary choice: either accept North Korea into the nuclear club or conduct a military strike that would entail enormous civilian casualties.”

Read morePat Buchanan: “Shall We Fight Them All?” 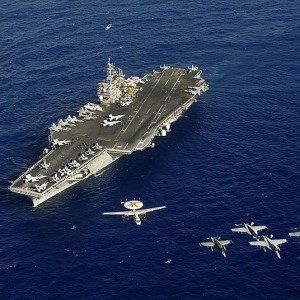 – 25 Quotes About The Coming War With Syria That Every American Should See (Economic Collapse, Aug 29, 2013):

If Barack Obama is going to attack Syria, he is going to do it without the support of the American people, without the approval of Congress, without the approval of the United Nations, and without the help of the British.  Now that the British Parliament has voted against a military strike, the Obama administration is saying that it may take “unilateral action” against Syria.  But what good would “a shot across Syria’s bow” actually do?  A “limited strike” is not going to bring down the Assad regime and it is certainly not going to end the bloody civil war that has been raging inside Syria.  Even if the U.S. eventually removed Assad, the al-Qaeda affiliated rebels that would take power would almost certainly be even worse than Assad.  Even in the midst of this bloody civil war, the rebels have taken the time and the effort to massacre entire Christian villages.  Why is Barack Obama so obsessed with helping such monsters?  There is no good outcome in Syria.  The Assad regime is absolutely horrible and the rebels are even worse.  Why would we want the U.S. military to get involved in such a mess?

The Crash of 2008, which is now wiping out trillions of dollars of our people’s wealth, is, like the Crash of 1929, likely to mark the end of one era and the onset of another.

The new era will see a more sober and much diminished America. The “Omnipower” and “Indispensable Nation” we heard about in all the hubris and braggadocio following our Cold War victory is history.

Read morePat Buchanan: The Party’s Over 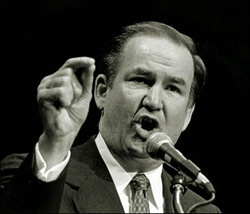