– Nearly 3,000 US Communities Have Lead Levels Higher Than Flint:

A Reuters investigation this week uncovered nearly 3,000 different communities across the U.S. with lead levels higher than those found in Flint, Michigan, which has been the center of an ongoing water contamination crisis since 2014.

The investigation found that many of the hot-spots are receiving little attention or funding. Local healthcare advocates said they hope the reporting will spur action from influential community leaders.

All of the communities Reuters investigated had lead levels at least two times higher than Flint’s; more than 1,000 were four times higher. In most cases, the local data covered a 5- to 10-year period through 2015, the analysis states.

Read moreNearly 3,000 US Communities Have Lead Levels Higher Than Flint 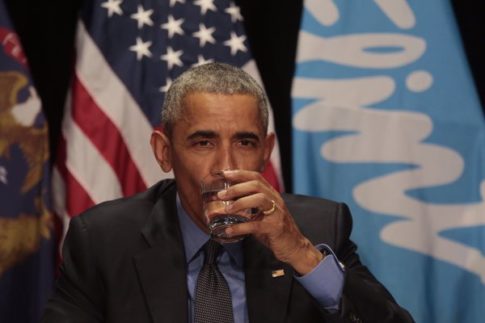 Read moreObama Chugs A Glass Of Flint Water, Says It Is “Drinkable”

He said that he will drink “filtered” Flint water.

With a Multipure carbon filter the lead reduction is >98%!

After carbon filtration, which is also important, because it removes the VOCs, a water distiller would remove ALL the remaining lead (fluoride & all heavy metals) and you would have perfect drinking water.

In an effort to atone for the fact that he knew residents of Flint, Michigan were drinking water contaminated with dangerous levels of lead long before publicly admitting a problem, Governor Rick Snyder says he will be drinking Flint tap water for the next 30 days to prove to everyone the water is now safe to drink.

Adding to a mounting list of scandals under the family’s belt, the Clintons have now been tied to the Flint water crisis. As the Daily Caller reports, a top executive of the same agency facing multiple lawsuits for its role in poisoning the children of Flint also has ties to Hillary Clinton’s campaign and provides free PR for the Clinton Global Initiative.

“This lie goes to the heart of Snyder’s painfully slow and inadequate response to the Flint Water Crisis.”

Michigan Governor Rick Snyder could have declared a state of emergency in Flint over its water contamination crisis months earlier than he did, according to new emails released Sunday that contradict the governor’s defense of his delayed actions.

Snyder, who declared a state of emergency in Flint and Genesee County on January 5 — months after acknowledging there was lead in the region’s public water supply — has repeatedly said he could not take action until local officials made a request, which Genesee County did on January 4. 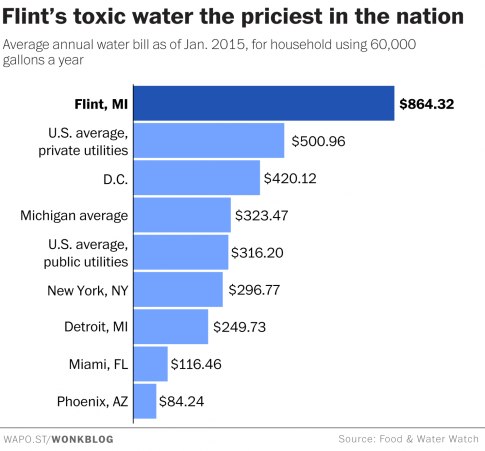