Akiane Kramarik is a child and teenage prodigy, she has become a self-made millionaire through selling her incredible paintings from the early age of 5. Akiane, paints from her visions of Jesus Christ which she claims speaks to her. 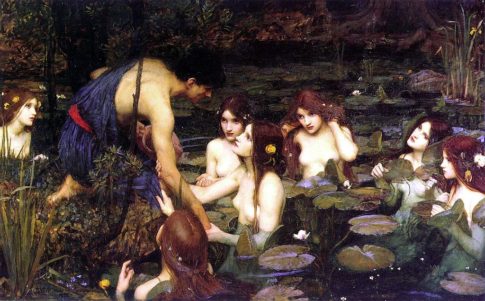 A rediscovered painting by Leonardo da Vinci broke the record price for art at an auction on Wednesday night, selling for just over $450 million (or a bargain basement 62,500 bitcoin to the Chinese money launderer who bought it) at Christie’s in New York. The last da Vinci in private hands sold nearly 4 times above its estimated price after a fevered, 90-minute long round of bidding. It is widely believed to be the most expensive piece of art ever sold.

The 500-year-old “Christ as Salvator Mundi,” which was originally estimated at $100 million, was the star of Christie’s evening sale of postwar and contemporary art, what Bloomberg described an unconventional move by the auction house because of its vintage. The previous auction record for an Old Master painting was held by Peter Paul Rubens, whose “The Massacre of the Innocents” fetched $76.5 million in 2002.

Numerous specimen of the Strandbeest evolution on music of Khachaturian’s Spartacus.

It open the archives of fossils. Theo Jansen’s work since 1990. He tries to make new forms of live on beaches. His animals get their energy from the wind so they don’t have to eat. In the future he wants to put out in herds. 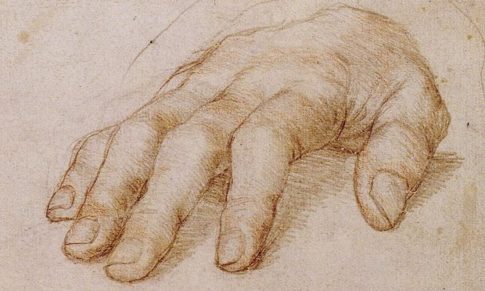 – Facebook banned Holbein’s hand – but it isn’t even art’s sauciest:

Facebook’s habit of censoring great art has gone from the silly to the utterly surreal after it claimed that a drawing of a hand by Holbein breached its community standards.

There is yet another confirmation that the slowdown in luxury spending continues, nowhere more so than in the world of “luxury” art. As the WSJ reports, Christie said it sold $3 billion in art during the first half of the year, down a third from the same period last year. Contemporary art, long the engine of Christie’s market dominance, was hardest hit, its $788 million in auction sales down 45% from a year earlier. Sotheby’s didn’t fare better: the New York-based auction house said first half sales dropped a quarter from the year before