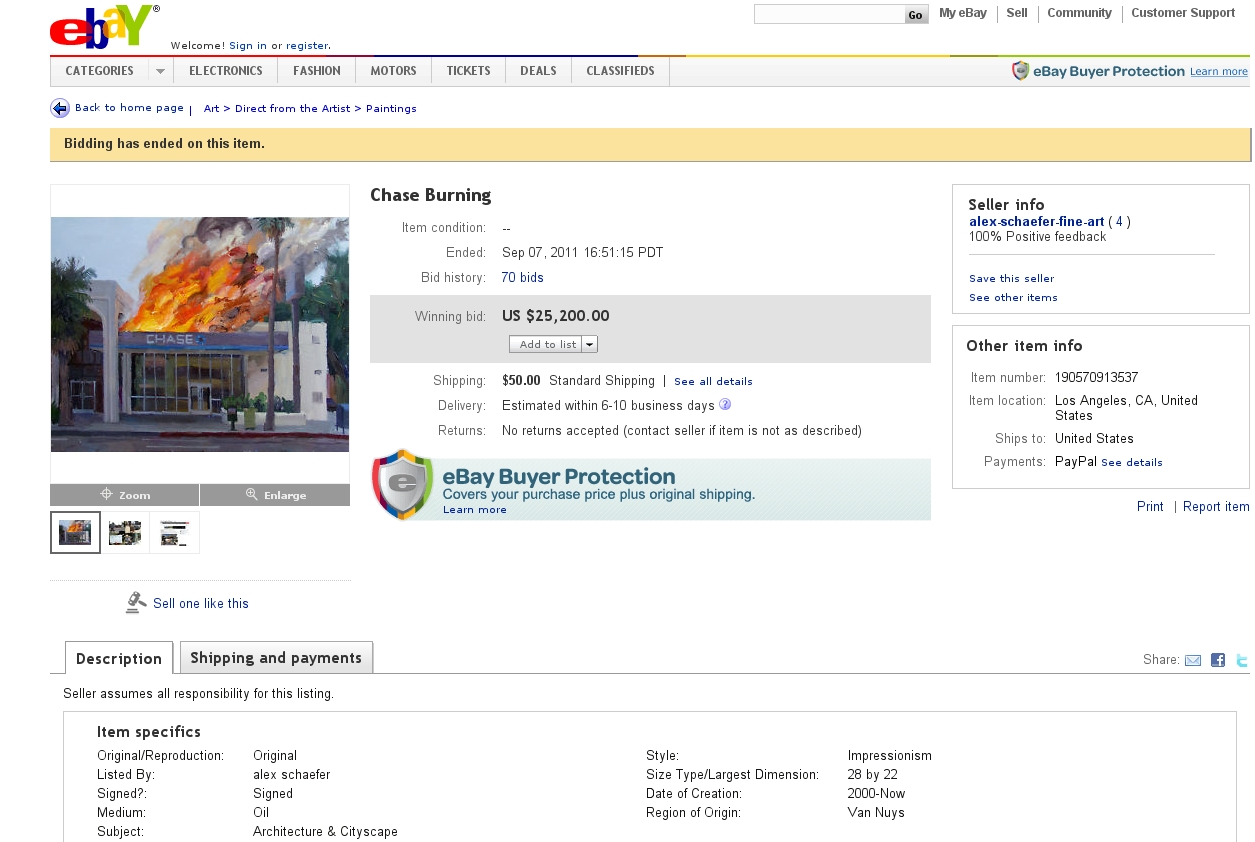 – ‘Inflammatory Art’ Meets Stupid Cops: Alex Schaefer’s Depiction Of A Chase Bank Branch Going Up In Flames Drew Attention Of L.A. Police, Who Asked If He Was A Terrorist (Pictures)

Another Chase bank branch on fire by Alex Schaefer: 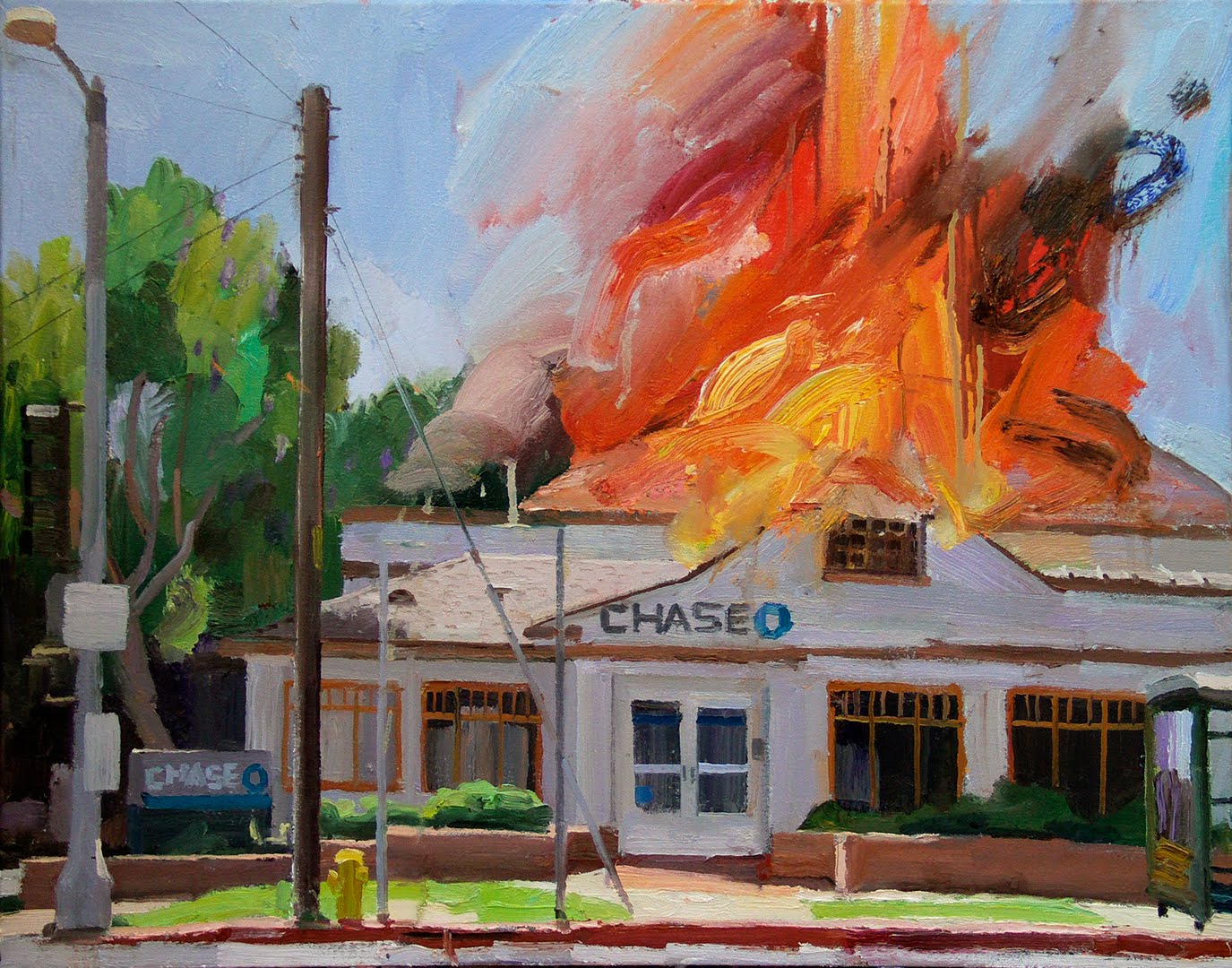 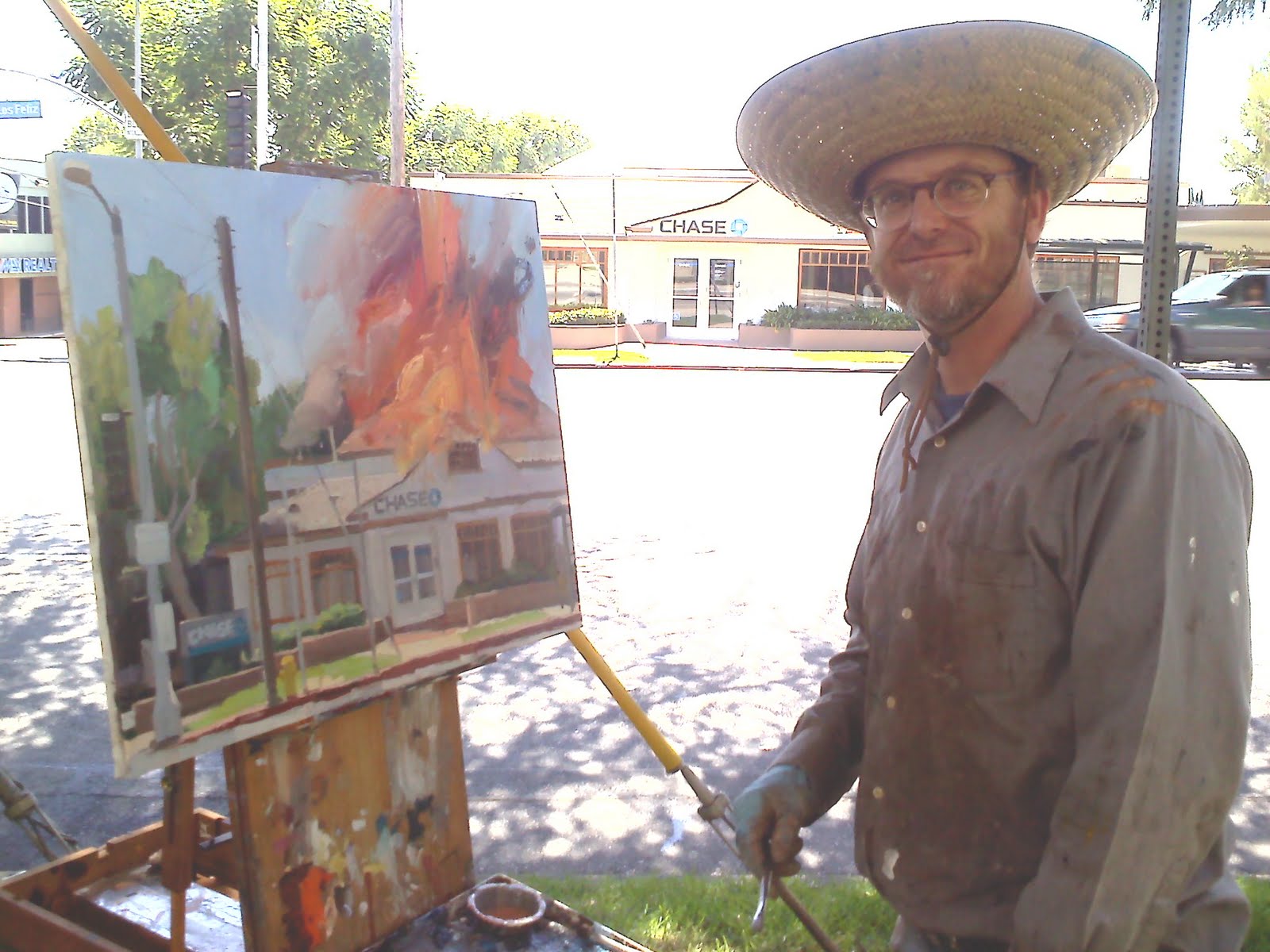 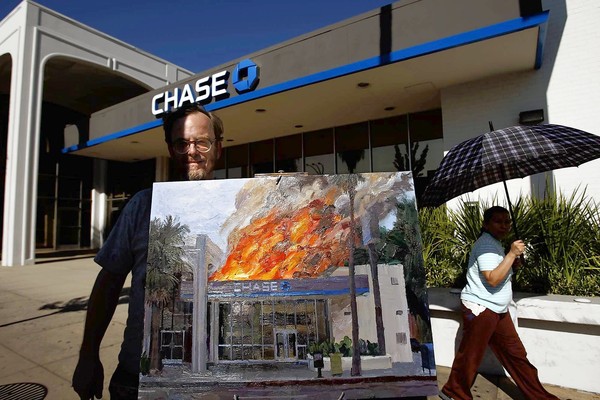 Alex Schaefer’s depiction of a Chase branch going up in flames drew the attention of L.A. police, who asked if he was a terrorist. He said the work was a metaphor for the havoc banking practices have caused the economy.

Standing before an easel on a Van Nuys sidewalk, Alex Schaefer dabbed paint onto a canvas.

“There you have it,” he said. “Inflammatory art.”

Twice they’ve come to investigate why the 41-year-old Eagle Rock artist is painting an image of a bank building going up in flames.

Schaefer had barely added the orange-and-yellow depiction of fire shooting from the roof of a Chase Bank branch when police rolled up to the corner of Van Nuys Boulevard and Sylvan Street on July 30.

“They told me that somebody had called and said they felt threatened by my painting,” Schaefer said.

“They said they had to find out my intention. They asked if I was a terrorist and was I going to follow through and do what I was painting.”

No, Schaefer said. He explained that the artwork was intended to be a visual metaphor for the havoc that banking practices have caused to the economy.

A terrorist certainly would not spend hours on a public sidewalk creating an oil painting of his intended target, he told the officers.

The police took down his name, address and telephone number on a form — Schaefer declined to provide his Social Security number — and departed.

“They were friendly. They weren’t intimidating,” he said. “I figured that when they left, they probably decided the episode was stupid and they’d just wad up the form and throw it away.”

Wrong. On Tuesday, two more officers showed up at Schaefer’s home. This time they were plainclothes detectives.

“One of them asked me, ‘Do you hate banks? Do you plan to do that to the bank?’ ” Schaefer again explained what his painting symbolizes.

Read more‘Inflammatory Art’ Meets Stupid Cops: Alex Schaefer’s Depiction Of A Chase Bank Branch Going Up In Flames Drew Attention Of L.A. Police, Who Asked If He Was A Terrorist (Pictures)