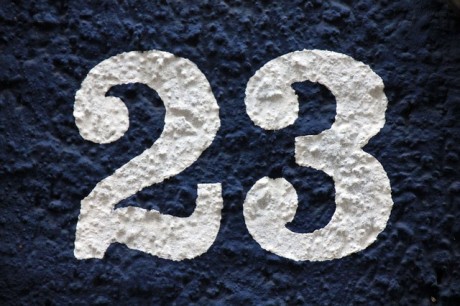 What is going to happen on September 23rd, 2015?  For months, there has been an incredible amount of buzz on the Internet about the month of September, and in particular there has been a tremendous amount of speculation about the date of September 23rd.  For a long time I didn’t pay much attention to all of this chatter, because I like to stick to things that I can prove.  In law school, I was trained to be very analytical and to greatly value hard evidence.  If you follow my articles regularly, you have probably noticed those traits reflected in my writing.  Well, today I am going to discuss some things that I cannot prove.  I am going to share with you some things that other people are reporting, and I humbly submit them for your consideration.  Personally, I do not know what is going to happen on September 23rd, but I have come to the conclusion that there are just way too many “coincidences” to ignore.   Ultimately, you need to do your own research and come to your own conclusions.

Read moreThe Mystery Of September 23: Why Does 9/23 Keep Popping Up All Over the Place?

I can’t tell you exactly what will happen and when.

What I can tell you is that Sept. will be of high significance for the satanic Illuminati (The Rothschilds and the other 12 elite families.)

Lord Rothschild could press the sell & panic button and there could be a collapse happening that is a lot worse than 2008.

Speaking with Infowars’ Alex Jones, former Assistant Deputy Secretary of State Dr. Steve Pieczenik says Israel plans to attack Iran before the U.S. elections of Nov. 6., and, that an attack on Iran will assuredly kickoff WWIII, according to him.

Moreover, Pieczenik, a man whose career inspired the character Jack Ryan of the Tom Clancy book series, says the ‘October Surprise’ will not take place in October.  Instead, the big surprise will come earlier, in late September.

Dr. Pieczenik says the specific date of the strike on Iran is Sept. 25th or 26th, Yom Kippur—the Jewish holiday, which commences in the year 2012 at sundown on the 25th, and ends at nightfall, the following day.

“It [an Israeli attack on Iran] could be earlier than October, because we have Yom Kippur.  And I predicted on your radio show, and I predicted to our national security people, privately, that Benjamin Bibi Netanyahu would start something on Rosh Hashanah,” says Pieczenick.

“This [prediction] was over a year ago, and I said it on your radio show.  He was as predictable as a clock, and the Israelis will be very predictable, on Yom Kippur,” he adds.

Pieczenik says it’s clear to him that Israeli prime minister Bibi Netanyahu has already planned to attack Iran and has been desperately trying to enlist the U.S. to back him up.  But, with or without U.S. direct help, Pieczenik is certain that Israel will attack Iran.

Moreover, he says Netanyahu is an extremest, who will “lie” for his personal and selfish cause, a conclusion also drawn by many Israelis who protest his regime.

“Everything Bibi is saying to the Americans and the American Jews is an absolute, unmitigated lie,” Pieczenik, a Jew, himself, says forcefully,

“What we have here is a collusion between Saudi Arabia, neocon Jews of America and Israel, against a president, who, whether I like or dislike, and may have lied about Osama Bin Laden,” he adds, “he [President Obama] is the son . . . a son of a CIA operative, the grandson of a CIA operative, who understands very well what the issues of intelligence are.”

With help from his neocon friends, Netanyahu threatens the entire world with the suicidal notion that Iran must be attacked, and the Israeli prime minister must be stopped, even if it means assassination, according to Pieczenik