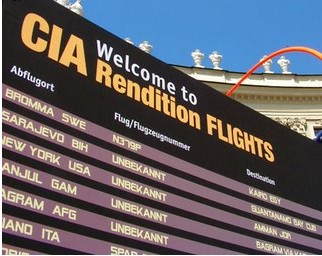 Everyone in the world knows America’s invasion of Iraq was a lie, an oil raid, from day one.  Everyone who stood against Bush and Cheney is dead, in jail or in hiding.

Similarly, anyone who, from day one, knew 9/11 had a “smell” about it was eliminated, down to academics, diplomats, intelligence agents, anyone who spoke up and thousands did ON 9/11.

A STARTLING FACT TO EVERYONE BUT THOSE RUNNING THE WAR:

Not only is there no Al Qaeda, but what we know to be “the Taliban” is actually the Northern Alliance.  The terror acts, persecution of women, the extremism, is all orchestrated and staged by CIA contractors with Blackwater and related companies, using Northern Alliance drug lords and their gangs pretending to be “Taliban.”

This, in itself, is only one of the Bush era scandals.  Now we have had access to an intelligence dump from Afghanistan.

The facts are startling.  That war, our “good war,” was even worse and is being continued by trickery.

We have startling reports of human trafficking, children being stolen around Afghanistan and sold into sexual slavery by the tens of thousands, stories of terror bombings and assassinations meant to prolong war, rig elections, end negotiations and compromise and control key regions to maximize drug profits.

With full access to “on the ground” intelligence in every province of Afghanistan, the truth about that war will make you sick.  Not one word that hits the press is true.

We will start with the recent visit by General Dempsey.  He had just left Tel Aviv after telling Netanyahu that America would never support an attack on Iran.  NEVER.  When Dempsey landed, his plane was rocketed and blamed on the Taliban.

For your (propaganda) information.

And yes, Pakistanis may have to find ways to hide their nukes, because they know that they are on the LIST.

And if it is true that nuclear weapons are transported in vans around the country, then …

… what could possibly go ‘wrong’ (= right = as planned by the elitists)?

– The Ally From Hell (The Atlantic):

Pakistan lies. It hosted Osama bin Laden (knowingly or not). Its government is barely functional. It hates the democracy next door. It is home to both radical jihadists and a large and growing nuclear arsenal (which it fears the U.S. will seize). Its intelligence service sponsors terrorists who attack American troops. With a friend like this, who needs enemies?

Have you ever before heard of the Haqqanis? I didn’t think so. Like Al Qaeda, about which no one had ever heard prior to 9/11, the “Haqqani Network” has popped up in time of need to justify America’s next war – Pakistan.

President Obama’s claim that he had Al Qaeda leader Osama bin Laden exterminated deflated the threat from that long-serving bogyman. A terror organization that left its leader, unarmed and undefended, a sitting duck for assassination no longer seemed formidable. Time for a new, more threatening, bogyman, the pursuit of which will keep the “war on terror” going.

Now America’s “worst enemy” is the Haqqanis. Moreover, unlike Al Qaeda, which was never tied to a country, the Haqqani Network, according to Admiral Mike Mullen, chairman of the US Joint Chiefs of Staff, is a “veritable arm” of the Pakistani government’s intelligence service, ISI. Washington claims that the ISI ordered its Haggani Network to attack the US Embassy in Kabul, Afghanistan, on September 13 along with the US military base in Wadak province.