The US military won’t accept people who are or were on Ritalin (Concerta, Medikinet, Equasym).

“Ritalin uncouples the frontal lobe from the rest of the brain.” (This information was given to me on a lecture by a German brain researcher that is a good friend of the source of this information, a German Prof. of Neuroscience)

The frontal lobe is the crowning achievement of humanity. You are a zombie without it, but that is not the reason that the US military won’t accept people who are or were once on Ritalin.

The effect of Ritalin (Concerta, Medikinet, Equasym) on the brain is like that of several harmful drugs combined and this will limit your combat capability a lot. Ritalin destroys the brain.

Study to show that when all factors are considered, 75% of military-age youth are not eligible to serve.

(USA TODAY) More than a third of American youth of military age are unfit for service, mainly because they are too fat or sickly, the Army Times reports, quoting the latest Pentagon figures.

Most of the rest are too dumb or have used too many drugs to qualify, the study shows.

The report says 35% of the 31 million Americans aged 17 to 24 are unqualified because of physical and medical issues.

“The major component of this is obesity,” Curt Gilroy, the Pentagon’s director of accessions, tells the Times. “We have an obesity crisis in the country. There’s no question about it.”

He also said young people, by and large, can’t do push-ups.

The Times says the Pentagon gets its data from the Centers for Disease Control, which has found that the percentage of youth 18 to 34 who are considered obese has jumped from 6% in 1987 to 23% now.

Here’s the Pentagon’s breakdown of the ineligible population, according to the Times:

Update at 1:06 p.m. ET: The Times reports that Education Secretary Arne Duncan and a group of retired military officers will issue a report on Thursday warning that the situation is so dire it amounts to a threat to national security.

Read morePentagon Study: A Third of US Youth Too Fat, Sickly To Serve, Most of The Rest Are Too Dumb Or Have Used Too Many Drugs to Qualify 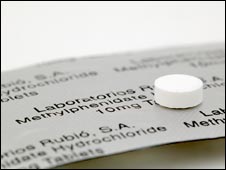 Ritalin prescriptions for children have increased

(NaturalNews) Stimulant drugs such as Ritalin provide no long-term benefit in the treatment of attention deficit hyperactivity disorder (ADHD), according to the latest findings of the ongoing Multimodal Treatment Study of Children with ADHD (MTA), published in the Journal of the American Academy of Child and Adolescent Psychiatry.

According to previous analysis of MTA data, stimulant drugs do improve the social functioning and reduce symptoms of inattention and hyperactivity in children with ADHD for the first year of treatment. In the current analysis, however, researchers followed 485 children for eight years and found that children who remained on medication for that entire time showed no improvement in symptoms over those who had stopped taking the drugs.

“If you put a child on medication, he or she is far better right at that time. The question for parents is: Is this going to make a benefit for my child long term?” said researcher William Pelham, of the University of Buffalo. “The answer is no. Behavioral treatments are going to have much better benefit in the long term.”

Another analysis of MTA data, published in the same journal, found that use of ADHD drugs appeared to stunt children’s growth. Children who had never taken stimulant drugs were an average of six pounds heavier and 0.75 inches taller than children of the same age who had taken the drugs for three years. This height and weight difference was permanent.