So this proves that western medicine drugs only work, because of the placebo effect.

Researchers from Oxford, Cambridge and two German universities made their conclusions after a novel experiment examining the role of conscious thought in pain perception.

First, 22 volunteers had a pain device put on their skin that was too hot for comfort.

Each then had an intravenous line attached to deliver a powerful opiate-based painkiller.

The volunteers were asked to rate the pain before any painkiller was introduced. The average score, from 0 to 100, was 66.

Then the researchers started providing the painkiller, without telling the volunteers they had done so. The average score dropped to 55.

But when the scientists told them they had started administering the painkiller the score dropped again to 39.

When they said they had stopped providing the painkiller, the score rose to 64 – even though the opiate was still flowing.

Read moreStudy: The Drugs Won’t Work If You Don’t Believe In Them

In what researchers call a novel ‘mind-body’ therapy, most patients in a study suffering from irritable bowel syndrome reported relief after receiving pills they were told contained no real medicine. 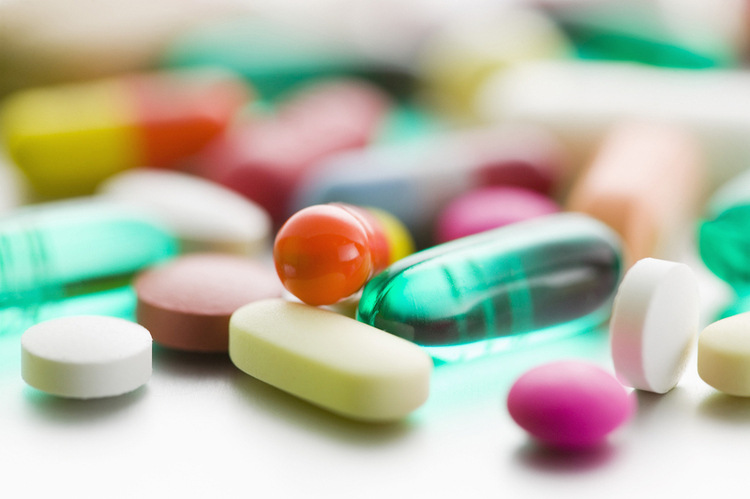 In a study involving 80 people suffering from irritable bowel syndrome, 59% of the patients taking a placebo said their symptoms had been adequately relieved, compared to 35% in the non-treatment group. (Jim Craigmyle / Corbis)

A simple sugar pill may help treat a disease — even if patients know they’re getting fake medicine.

The finding, reported online Wednesday in the journal PloS One, may point the way to wider — and more ethical — applications of the well-known “placebo effect.”

“The conventional wisdom is you need to make a patient think they’re taking a drug; you have to use deception and lies,” said lead author Ted Kaptchuk, an associate professor of medicine at Harvard Medical School. And, Kaptchuk added, it seems many doctors do this: In one report, as many as half of rheumatologists and internists surveyed said they had intentionally given patients ineffective medication in the hopes it would have a positive result.

Kaptchuk, however, wondered whether the deception was needed. When he first tried to persuade fellow researchers to explore a sort of “honest” placebo, “they said it was nuts,” he said. After all, didn’t the whole effect hinge on people believing they were getting real treatment?

Patients were easier to enlist. “People said, ‘Wow, that’s weird,’ and we said, ‘Yeah, we think it might work.’ ”

The researchers enrolled 80 people suffering from irritable bowel syndrome, explaining the experiment while framing it positively — they called it a novel “mind-body” therapy.

Half the patients were given a bottle with the word “placebo” printed on it. The pills it held, they were told, were like sugar pills. The patients were told they didn’t even need to believe in the placebo effect, but had to take the pills twice daily.

The other half were given no treatment at all.

At the end of the three-week trial, 59% of the patients taking the placebo said their symptoms had been adequately relieved, far outstripping the 35% in the non-treatment group.

“We were all taken aback,” Kaptchuk said. “We triple-checked the data before we decided it was real.”

Read moreStudy: Placebos Work, Even When Patients Are In The Know

If the placebo isn’t a placebo, then the scientific evidence isn’t scientific. 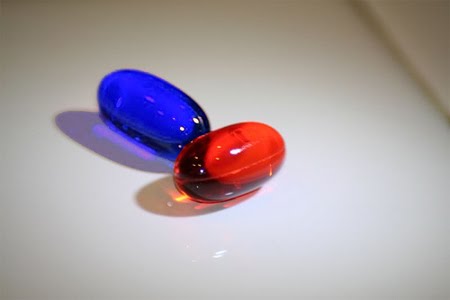 (NaturalNews) You know all those thousands of clinical trials conducted over the last few decades comparing pharmaceuticals to placebo pills? Well, it turns out all those studies must now be completely thrown out as utterly non-scientific. And why? Because the placebos used in the studies weren’t really placebos at all, rendering the studies scientifically invalid.

This is the conclusion from researchers at the University of California who published their findings in the October issue of the Annals of Internal Medicine. They reviewed 167 placebo-controlled trials published in peer-reviewed medical journals in 2008 and 2009 and found that 92 percent of those trials never even described the ingredients of their placebo pills.

Why is this important? Because placebo pills are supposed to be inert. But nothing is inert, it turns out. Even so-called “sugar pills” contain sugar, obviously. And sugar isn’t inert. If you’re running a clinical trial on diabetics, testing the effectiveness of a diabetes drug versus a placebo then obviously your clinical trial is going to make the diabetes drug look better than placebo if you use sugar pills as your placebo.

There are no FDA rules regarding placebos in clinical trials

It turns out there are absolutely no FDA rules regarding the choice or composition of placebos used in clinical trials. Technically, a clinical trial director could use eye of newt or lizard’s legs as placebo and would not even be required to mention such nefarious details in the trial results. That would cause trouble, trouble, boil and bubble! (Shakespeare reference for all you literary fans…)

To ban homeopathy is part of the plan of the elite. Inform yourself about Codex Alimentarius:

Most MDs these days are only salesman of the pharmaceutical industry.

Nothing on this planet is more unscientific than western medicine, except religion.

Over 90% of all soccer players in Germany’s premier league get treated with homeopathy.

Oh and ask David Rockefeller  (* 12. Juni 1915) why he has an homeopath accompanying him all of the time.

Those elite criminals, like Rockefeller, know what is good for them and what works.

Hundreds of delegates to the British Medical Association’s conference are expected to support seven motions all opposed to the use of public money to pay for remedies which they claim are, at best, scientifically unproven and, at worst, ineffective.

Critics of the 200-year-old practice also want junior doctors to be exempt from working at homoeopathic hospitals because it goes against the principles of evidence-based medicine. Sugar pills and placebos have no place in a modern health service, they say, especially as the NHS must find £20bn in savings over the next few years.

But supporters claim homoeopathy helps thousands of patients with chronic conditions such as ME, asthma, migraine and depression who have not responded to conventional medical treatments. The British Homoeopathic Association (BHA) points out that less than 0.01 per cent of the massive NHS drug bill is spent on homoeopathic tinctures and pills.

Nevertheless, the conference will also hear calls for homoeopathic remedies to be banned from chemists unless they are clearly labelled as placebos rather than medicines. The over-the-counter market is worth around £40m a year, and rising, according to Mintel, the consumer research organisation.

The placebo effect is created by your perception and belief, so it is really all about the power of your mind that you have given to a certain medicine that it will cure you.

Placebos are estimated to have an effective rate of about 30-50%. If the placebo effect is really the power of your mind then concentrating on healing yourself will bring equal results if you would believe equally in the power of your own mind as you do in useless antidepressants (Antidepressant drugs don’t work – official study).

If 30-50% effectiveness is for ‘untrained’ healers, then what if you would focus to increase your healing ability every day of your life?

Half of Doctors Routinely Prescribe Placebos

Half of all American doctors responding to a nationwide survey say they regularly prescribe placebos to patients. The results trouble medical ethicists, who say more research is needed to determine whether doctors must deceive patients in order for placebos to work.

The study involved 679 internists and rheumatologists chosen randomly from a national list of such doctors. In response to three questions included as part of the larger survey, about half reported recommending placebos regularly. Surveys in Denmark, Israel, Britain, Sweden and New Zealand have found similar results.

The most common placebos the American doctors reported using were headache pills and vitamins, but a significant number also reported prescribing antibiotics and sedatives. Although these drugs, contrary to the usual definition of placebos, are not inert, doctors reported using them for their effect on patients’ psyches, not their bodies.

The study is being published in BMJ, formerly The British Medical Journal. One of the authors, Franklin G. Miller, was among the medical ethicists who said they were troubled by the results.

“This is the doctor-patient relationship, and our expectations about being truthful about what’s going on and about getting informed consent should give us pause about deception,” said Dr. Miller, director of the research ethics program in the department of bioethics at the National Institutes of Health.

(NaturalNews) Homeopathic medicine actually gained its greatest popularity primarily due to its impressive successes in the treatment of infectious diseases in the 19th century. The death rates in American and European homeopathic hospitals from cholera, scarlet fever, typhoid, and yellow fever were typically two to eight times less by percentage than those in conventional hospitals (Bradford, 1900; Ullman, 2007). As a result of these successes, at the turn of the 20th century there were over 100 homeopathic hospitals and 22 homeopathic colleges, including Boston University, University of Michigan, New York Medical College, and Hahnemann College of Medicine.

And yet, the average American knows little or nothing about homeopathy. Even many people who are passionate about alternative medicine know little about the science and art of homeopathy.

What is so different about homeopathy?