In keeping with President Trump’s demands…

The documents can be found here.

As CBS reports, this latest batch of 676 records could yield more interesting results than last week’s release, as they are the ones intelligence agencies requested more time to review, citing national security concerns.

The majority of records from Friday’s batch – 553 of them – are from the Central Intelligence Agency (CIA). Those records were previously denied in their entirety, according to NARA.

CBS points out some interesting findings… 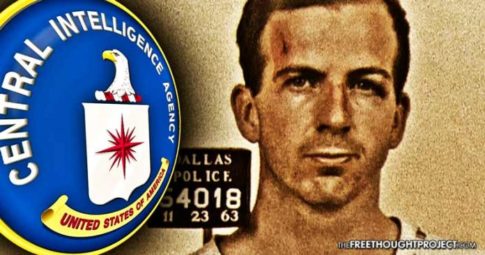 Read moreEntire Volume of CIA Files On Lee Harvey Oswald, Set to Be Released in October, Has ‘Gone Missing’

[Note: Volume 3 of the book on which this video is based will be given away for free on the Kindle on the 22d of every month]

Fifty years after shots rang out in Dealey Plaza, killing a larger-than-life figure and abruptly ushering in what one historian has called “the decade of shocks” – from Dallas to Watergate – the federal agency that stood at the center of seemingly all the intrigues and conspiracy theories of that shadowy era is still holding onto an estimated 1,100 documents relating to the assassination of President John F. Kennedy.

The Central Intelligence Agency told Fox News this week through a spokesman that the National Archives now has custody over those tantalizing documents, along with a larger group of 90,000 or so pages of agency files on the assassination that have already been released.

– Mind Blowing Speech by Robert Welch in 1958: How Insiders Plan to Destroy America