The first time the Status Quo/Troika tried to force a (not so) stealthy gold confiscation on an insolvent European country was back in early 2012, when as part of the most recent Greek bailout MOU, it was disclosed that “Greece’s lenders will have the right to seize the gold reserves in the Bank of Greece under the terms of the new deal.” However, the public outcry was so loud that the Troika had no choice but to shelve its plans and proceed with a full scale bondholder restructuring instead. Fast forward to last week, when Europe’s appetite for physical gold came back with a bang, this time as part of the Cyprus “Debt Sustainability Analysis“, and subsequent comments from Mario Draghi, demanding that tiny Cyprus, whose opposition, already weakened by the confiscation of uninsured deposits would be far less vocal than Greece’s, sell off €400MM, or virtually all of its sovereign gold, over 10 of its 13.9 total tons, to cover the excess costs of its ever ballooning sovereign bailout. So who’s next? It remains to be seen, although we are certain there will be a very clear correlation between the next country to see its gold “purchased” by the status quo, likely some time in the next 1-3 months, and the amount of total non-performing loans on said country’s bank balance sheets. The usual suspects are presented below.

And, in the parlance of Goldman Sachs, these countries better scramble to sell, sell, sell now before gold hits 0, or maybe even goes negative. 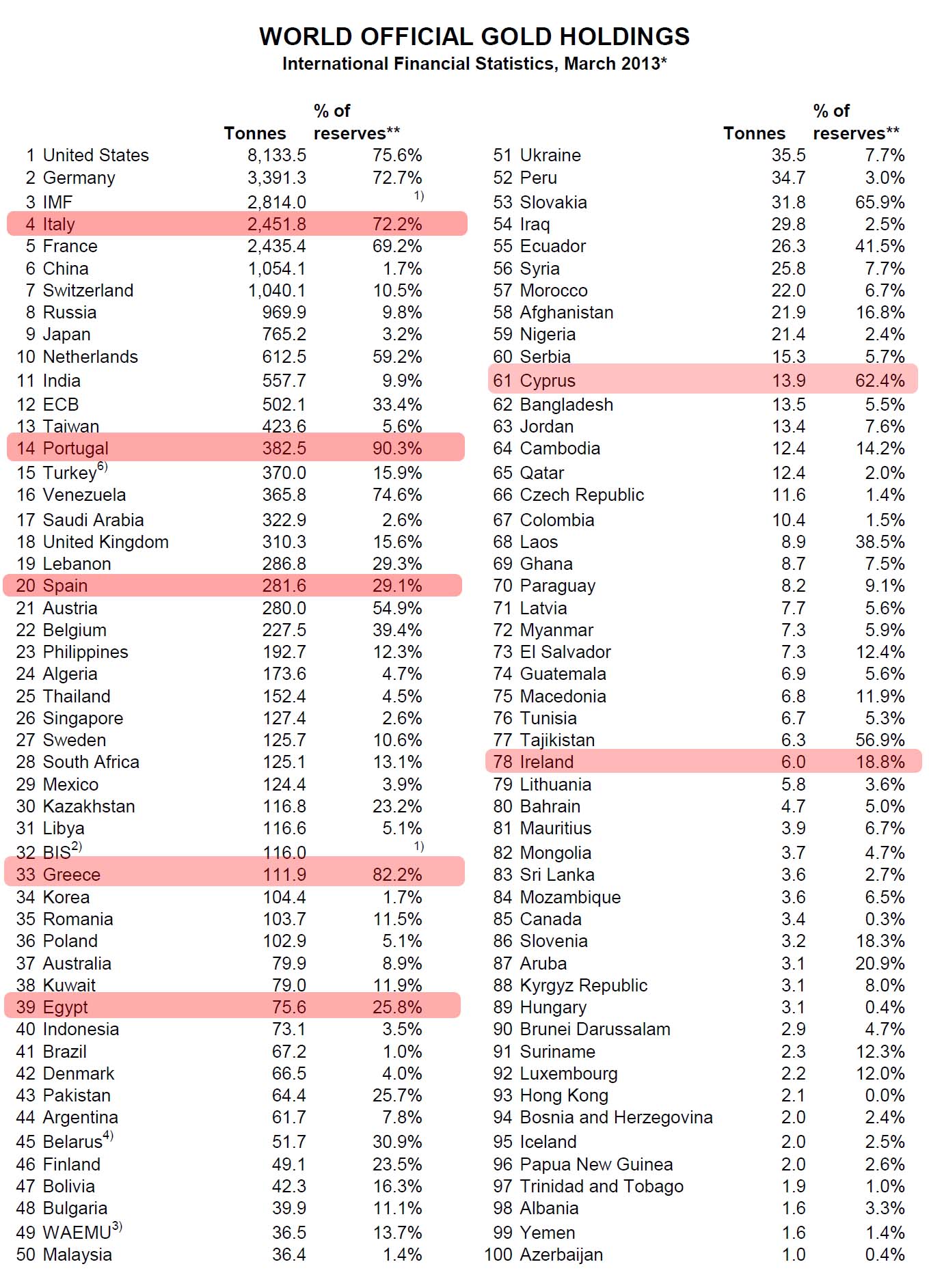