Adding insult to injury, the Shanghai Gold Exchange overnight announced that following the tumbling precious metal prices and limit down drop in early trading, it may raise trading margins for its gold and silver forward contracts. The SGE announced that should prices not recover by the end of the trading day (which they didn’t), trading margins for the gold forward contract will be raised to 12 percent, while margins for the silver forward contract will be hiked to 15 percent, the exchange said in a statement on its website. Curiously, gold prices in China were up in early trading only to take a dramatic U-turn on Monday, reversing early gains to drop to a two-year trough once the Japanese pre-margining onslaught was unleashed on the market. From the SGE (translated) 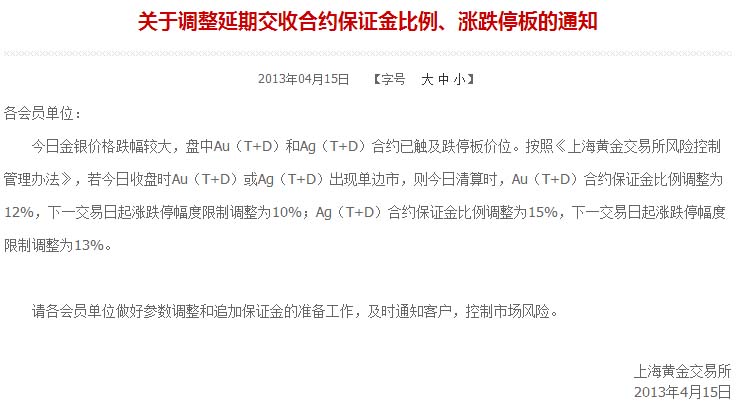