Earlier this month, Microsoft gave the world .NET Framework 4.7 and urged users to install it for the usual reasons: more fun bits to play with and a security improvements.

But two days later the company urged Exchange users not to install it ASAP, because it hadn’t validated it yet. Last Friday – 10 days after the launch of the new code – it reminded users of Lync and Skype for Business not to install it either.

– Security Alert: Windows 10 Has Been Quietly Logging EVERY KEYSTROKE You Type And Sending It To Microsoft (This Is How To Stop It) 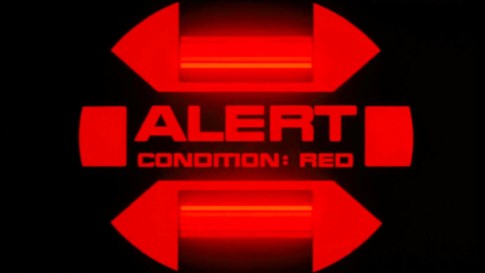 – WHAT I HAVE NEXT IS FAR MORE IMPORTANT:

Via ANY visible WIFI connection, even ones your computer is not authorized to access, a secret operating system is being rammed onto everyone’s computer RIGHT NOW and changing the operating system to something new. This is happening EVEN IF WINDOWS INSTALLER IS DISABLED AND UPDATES ARE DISABLED, AND THE COMPUTER ITSELF HAS NO INTERNET ACCESS OF ITS OWN. Even if you have never logged onto your neighbor’s wifi and never asked to, EVEN IF YOU NEVER LAUNCH A BROWSER, the operating systems are coming in, and installing themselves IN SECRET. Once the hijacking operating system is installed, I suspect the computers then upload their entire contents to a remote server that commands them to.

I HAVE PROOF, READ THE MAIN REPORT BELOW. THIS IS FAR MORE IMPORTANT THAN ANY “TERROR ATTACK” IN PARIS, WHICH IS PROBABLY JUST ANOTHER PHONY OR FALSE FLAG ANYWAY.

Read moreJim Stone: WHAT I HAVE NEXT IS FAR MORE IMPORTANT (THAN ANY “TERROR ATTACK” IN PARIS)

It’s no wonder that privacy activists are up in arms.

Windows 10 uses the Internet a lot to support many of its features. The operating system also sports numerous knobs to twiddle that are supposed to disable most of these features and the potentially privacy-compromising connections that go with them.

Unfortunately for privacy advocates, these controls don’t appear to be sufficient to completely prevent the operating system from going online and communicating with Microsoft’s servers.

For example, even with Cortana and searching the Web from the Start menu disabled, opening Start and typing will send a request to www.bing.com to request a file called threshold.appcache which appears to contain some Cortana information, even though Cortana is disabled. The request for this file appears to contain a random machine ID that persists across reboots.

Read moreEven when told not to, Windows 10 just can’t stop talking to Microsoft

Following revelations of America’s National Security Agency’s global internet surveillance system, combined with a desire to enhance domestic production, China is beating a path towards unveiling its own operating systems in October.

The Chinese-made substitutes would first be introduced on desktop devices, later expanding to include smartphones and other hand-held devices, Ni Guangnan heads an official operating system development alliance established in March, Xinhau reported at the weekend.

Microsoft has said users of its Windows XP operating system will also get the security update it has issued to fix a flaw in the Internet Explorer browser.

It issued the update on Thursday to fix a bug that let hackers gain access and user rights to computers.

Internet Explorer 6, 7 and 8 arent being exploited yet, but harbor a critical flaw

The final deadline for Windows XP support will act as a starting pistol for hackers, as they target hundreds of millions of users on unpatched systems.

Microsoft has already granted the 12-year-old OS several stays of execution, but the firm has said it will finally end extended support on 8 April 2014 – despite the fact that XP remains the second-most popular OS, with almost a third of PCs running it.