Turns out the attackers figured out a way to misuse a mechanism that Microsoft uses to create Terminal Services activation licenses for enterprise customers. Surprisingly, these keys could be used to also sign binaries. 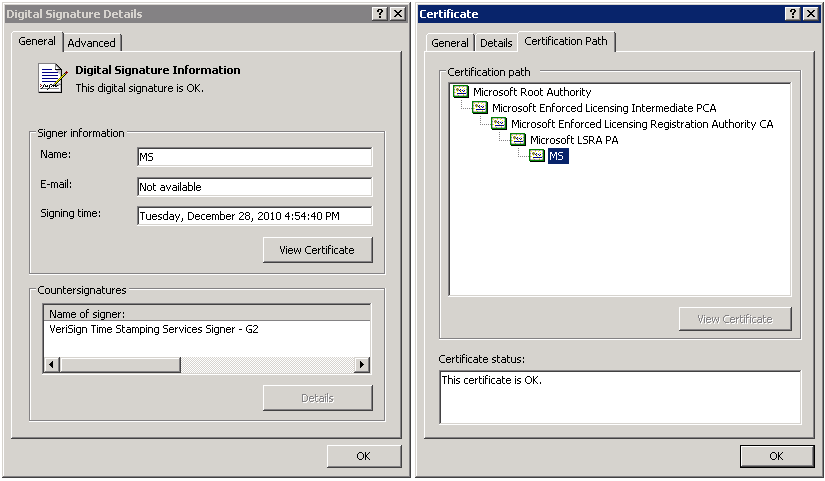 The full details on how this functionality works is still under analysis. In any case, it has not been used in large-scale attacks. Most likely this function was used to spread further inside an organization or to drop the initial infection on a specific system.

Microsoft has announced an urgent security fix to revoke three certificates used in the attack.

The fix is available via — you guessed it — Microsoft Update.

Having a Microsoft code signing certificate is the Holy Grail of malware writers. This has now happened.

I guess the good news is that this wasn’t done by cyber criminals interested in financial benefit. They could have infected millions of computers. Instead, this technique has been used in targeted attacks, most likely launched by a Western intelligence agency.