Violent attacks against South Africa’s white farmers are on the rise, according to Paul Toohey, a reporter from Australia’s Daily Telegraph, who traveled to the country.

Last month, South Africa’s parliament voted to allow white-owned land expropriation without compensation. That followed South Africa’s new President Cyril Ramaphosa’s pledge to return the lands owned by white farmers since the 1600s to the black citizens of the country. He claimed the land was “taken under colonialism and apartheid.”

“This is normal in South Africa to be attacked on a farm,” a 39-year old farmer Berdus Henrico told the reporter.

Berdus and his 51-year old partner Estelle Nieuwenhuys have been raided in the Limpopo province. The farmer has three bullet wounds – two through his shoulder and one through his face that came out the back of his neck.

“They took my hunting gun, my shotgun, two cell phones, our DVD player, our TV,” said Berdus, adding that Estelle was praying, out loud, begging them to stop.

“They want money and they want guns. They want the people off the land so as they can go on like they want to. They want it here like it was in Zimbabwe a few years ago when they chased all the whites out and let it go to the ground.”

– Are Whites Being Setup For Genocide?:

Identity Politics has responded with outrage against People Magazine’s choice of white male country singer Blake Shelton as “sexiest man in the world.” According to adherents of Identity Politics, the choice indicates that People Magazine is itself racist and part of the white supremacy movement to elevate white people above people of color. The choice is doubly outrageous because, according to a writer in Salon, it reinforces and celebrates toxic white male sexuality and elevates a white man to a position of popular acclaim.

Every white person needs to read this article — http://www.unz.com/article/the-end-of-white-celebrity/ — to understand how they are being demonized and marginalized to the point of oblivion. By focusing primarily on white heterosexual males, Identity Politics tries to split white women off from white men by the use of the pejorative “misogynist”, but, as the article reports, white women, such as Taylor Swift, are also publicly demonized for their whiteness.

Reading this article in The Unz Review reminded me of an article I read last November in a Texas university newspaper that declared white DNA to be an abomination. http://www.foxnews.com/us/2017/11/30/texas-student-newspaper-blasted-over-anti-white-your-dna-is-abomination-column.html

That appears to be the NWO's plan!

– The End of White Celebrity:

Whiteness is a birth defect

– The End of White Celebrity:

Whiteness is a birth defect

For the mainstream media, it was a bona fide crisis. Blake Shelton, a European-American country singer and a host of The Voice, whom I had never heard of until yesterday morning,was named People Magazine’s “Sexiest Man In The World.” The result was outrage. Marlow Stern at the Daily Beast declared grandly that “people” are in a “justifiable uproar given Mr. Shelton’s history of homophobic and racist comments.” “Many on social media are blasting the magazine’s decision, calling upon Mr. Shelton’s past tweets that have been labeled as racist, misogynistic and homophobic,” sniffed Fox News. “Some are disheartened by Mr. Shelton’s history of making jokes at the expense of gays, lesbians, women and minorities,” wrote Libby Hill at the Los Angeles Times, in one of the more restrained reactions.

All-out civil war has been predicted for South Africa by Nicolaas “Siener” van Rensburg (born 1864 – 1926), who foresaw WW1, WW2, the migrant crisis and a white President (Donald Trump) taking over from a black President (Barack Obama) many years ago, which would be sign for South Africans that the worst crisis they – and the world – will ever face is about to begin. And yes, van Rensburg also foresaw WW3. 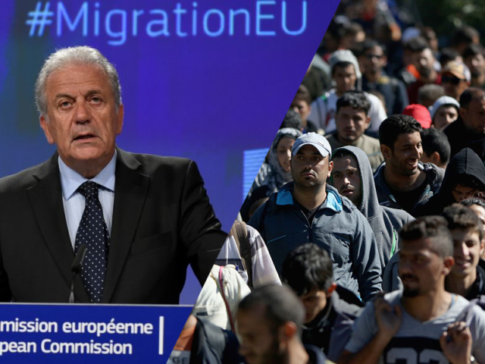 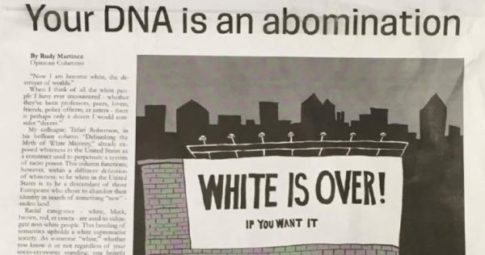 A new FBI report indicates that hate crimes committed against white Americans are the fastest growing racial hate crimes in the United States.

There were more racial hate crime offenses altogether in 2016 compared to 2015. 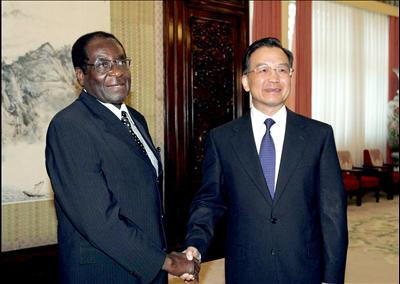 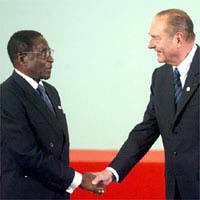 …as predicted by seer Alois Irlmaier in around 1950: 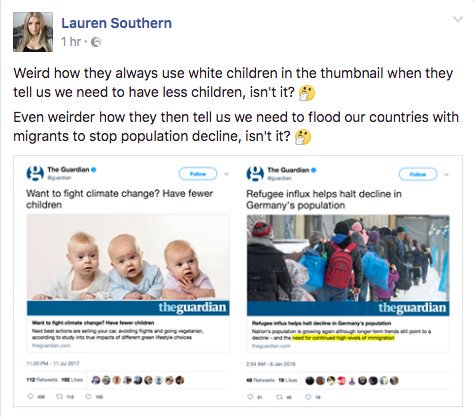 Nonwhites will make up the majority population in British schools within the next twenty years, the direct result of decades of mass Third World immigration and their natural reproduction rates, an analysis of new data issued by the UK’s Department of Education has revealed.

Stanford University will introduce a course this fall which will task students with considering “abolishing whiteness” and the ultimate goal of understanding “what is the future of whiteness,” according to the institution’s course catalog.

The course, which is entitled “White Identity Politics,” will be taught by instructor John Patrick Moran, and analyze the “future of whiteness.” For the uninitiated, the concept of “whiteness” refers to the social aspect of race. According to the University of Calgary, “whiteness” is a socially and politically constructed learned behavior built upon the systematic privileges afforded to whites in Western society.

The Stanford course looks to abolish this social concept of “whiteness” through an analysis of what the course description alleges is “the rise of white identity politics in the United States” as a result of the 2016 Presidential election. Stanford Professor Tomás Jiménez explained that “whiteness” refers to “the set of behaviors and outlooks associated with the racial category, white.” 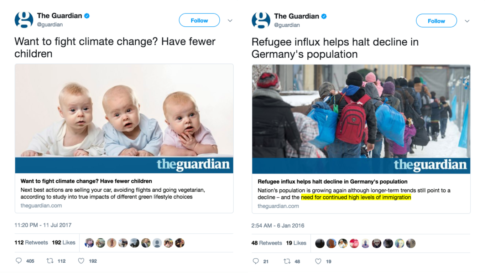 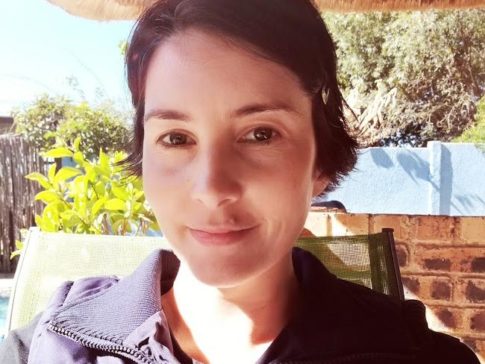 "Foreigners, whose desire is filled with a violence that is uncontrollable, will be masters in France" — MJ Jahennyhttps://t.co/MSwFxxyZar

(Scroll down and take a good look at these disgusting drawings.)