A more severe crash than the one triggered by the collapse of Lehman Brothers could be on the way, according to alarm signals in the credit markets.

Insurance on the debt of several major European banks has now hit historic levels, higher even than those recorded during financial crisis caused by the US financial group’s implosion nearly three years ago.

Credit default swaps on the bonds of Royal Bank of Scotland, BNP Paribas, Deutsche Bank and Intesa Sanpaolo, among others, flashed warning signals on Wednesday. Credit default swaps (CDS) on RBS were trading at 343.54 basis points, meaning the annual cost to insure £10m of the state-backed lender’s bonds against default is now £343,540.

The cost of insuring RBS bonds is now higher than before the taxpayer was forced to step in and rescue the bank in October 2008, and shows the recent dramatic downturn in sentiment among credit investors towards banks.

“Italian prosecutors have seized documents at the offices of credit rating agencies Moody’s and Standard & Poor’s in a probe over Suspected “anomalous” Fluctuations in Italian share prices, a prosecutor said on Thursday.“

Ah yes, it is Moody’s fault that Unicredit, Intesa, Fiat and pretty much all other Italian companies now close limit down at least once a day. Either way, this is sure to end well. We will bring you more as we see it. 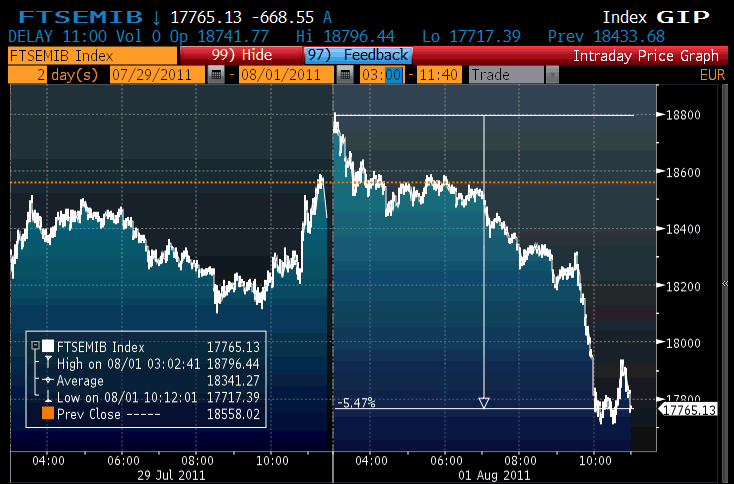 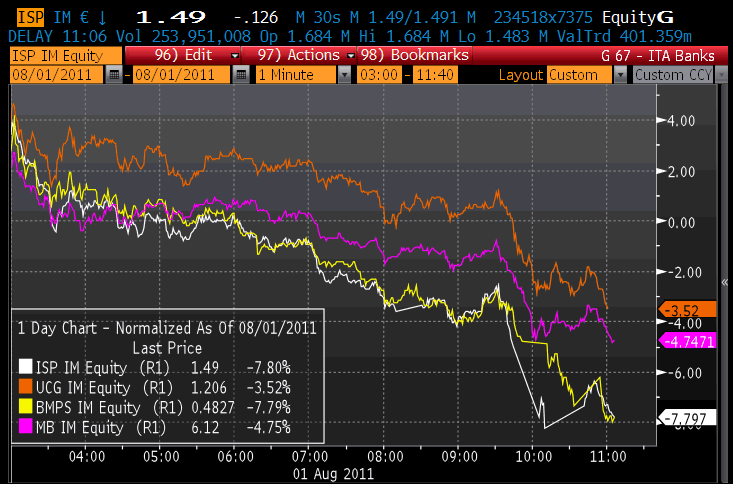