– Warning of ‘ecological Armageddon’ after dramatic plunge in insect numbers:

Three-quarters of flying insects in nature reserves across Germany have vanished in 25 years, with serious implications for all life on Earth, scientists say

The abundance of flying insects has plunged by three-quarters over the past 25 years, according to a new study that has shocked scientists.

Insects are an integral part of life on Earth as both pollinators and prey for other wildlife and it was known that some species such as butterflies were declining. But the newly revealed scale of the losses to all insects has prompted warnings that the world is “on course for ecological Armageddon”, with profound impacts on human society.

– ‘The windscreen phenomenon’ – why your car is no longer covered in dead insects:

Wildlife experts have been warning about the alarming decline in insects for decades.

But the fall in numbers of bugs in Britain has now reached such a troubling extent that even motorists are noticing that their windscreens are clear of squashed flies, gnats, moths and wasps.

Where a trip in high summer would once have necessitated taking a squeegee to the front window, now the glass is largely clear, drivers are reporting.

– Is this the biggest spider EVER? Giant ‘angry’ huntsman called Aragog that’s larger than a dinner plate traps a terrified family in their home

… and food will become a huge issue for a while. 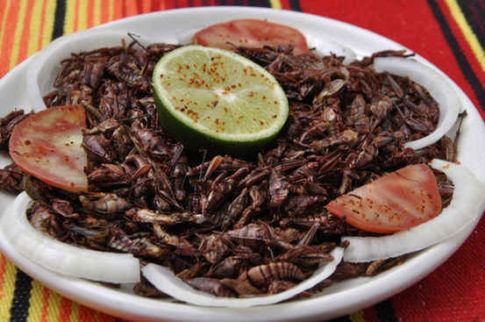 – 7 Insects You’ll Be Eating in the Future:

Food of the future

As the human population continues to inch closer to 8 billion people, feeding all those hungry mouths will become increasingly difficult. A growing number of experts claim that people will soon have no choice but to consume insects.

As if to underscore that claim, a group of students from McGill University in Montreal has won the 2013 Hult Prize, for producing a protein-rich flour made from insects. The prize gives the students $1 million in seed money to begin creating what they call Power Flour. “We will be starting with grasshoppers,” team captain Mohammed Ashour told ABC News on Monday (Sept. 30).

What could possibly go wrong…except perhaps symbiosis leads to wipe out.” 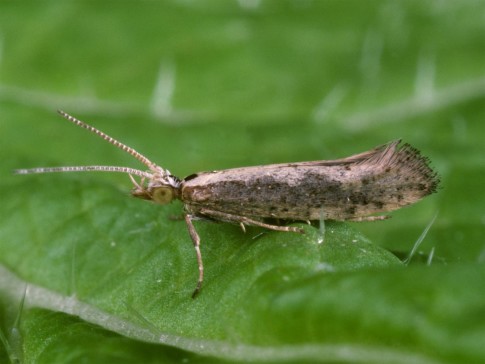 – GM insects should be given field trials in Britain, says House of Lords report:

The first field trials of genetically modified insects should be encouraged by the Government, a parliamentary investigation has concluded.

Scientists in the UK have pioneered the development of GM insects, which can be used to reduce the transmission of pests in crops or diseases in livestock and people – but highly-restrictive EU regulations have effectively blocked field trials.

Read moreGMO insects should be given field trials in Britain, says House of Lords report

Watch bats prepare for their nightly flight. More on this story https://www.insidescience.org/content….

For more from Inside Science visit us at www.insidescience.org.

The Bat House and UF Bat Barn located on the campus of the University of Florida in Gainesville have become home for an estimated 300,000 bats. In these houses, every evening is like Halloween.

As the sun sets the crowds gather to see the current residents because they don’t come out during the day. 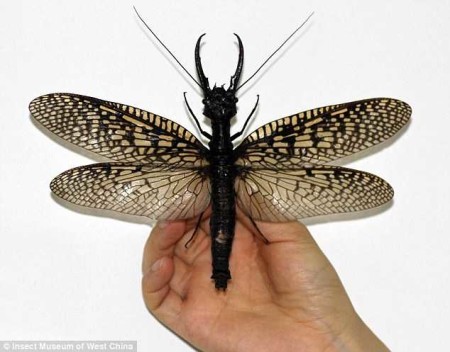 The largest aquatic insect in the world has been found in Chengdu, China * It is of the order Megaloptera and has a wingspan of 8.3 inches (21 cm) * This is larger than the previous record, which stood at 7.5 inches (19 cm) * The giant insect has huge mandibles that it uses during mating * Can be found near wet environments such as lakes but lives just a few days A newly discovered member of the Megaloptera family has been found that could be the largest aquatic insect in the world. It was found on a mountain in Chengdu, Sichuan province in China. The mysterious specimen of which little is known has a wingspan of 8.3 inches (21 centimetres). The family of Megaloptera includes about 300 species of fishflies, dobsonflies and alderflies. The name Megaloptera describes that insects have large (megal) wings (ptera) compared to their bodies. 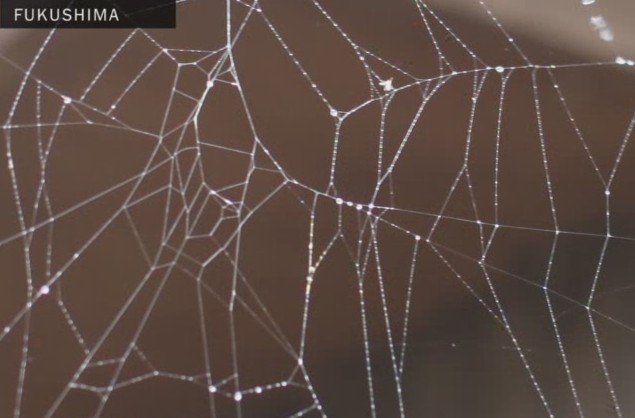 – Expert: “There’s just very few of the birds left” in the high contamination from Fukushima plant, “things are not looking good” — Spider webs looked ‘strange’ (PHOTO) — Animals response to radiation over twice as bad as in Chernobyl — “Implies effects are stronger in Fukushima” (VIDEO) (ENENews, May 7, 2014):

Public Radio Exchange, Donna Descoteaux, Oct. 2013: Dr. Timothy Mousseau, a Professor in the Department of Biological Sciences at the University of South Carolina […] shares with us the results of his research at Chernobyl and Fukushima, which shows significant increases in genetic damage, birth defects in animals and humans, increased tumor rates and developmental abnormalities, biodiversity in decline, local extinction of some species and transmission of mutations over generations. […] Dr. Mousseau’s research is critical and alarming […]

Read moreExpert: “There’s just very few of the birds left” in the high contamination from Fukushima plant, “things are not looking good” — Spider webs looked ‘strange’ (PHOTO) — Animals response to radiation over twice as bad as in Chernobyl — “Implies effects are stronger in Fukushima”