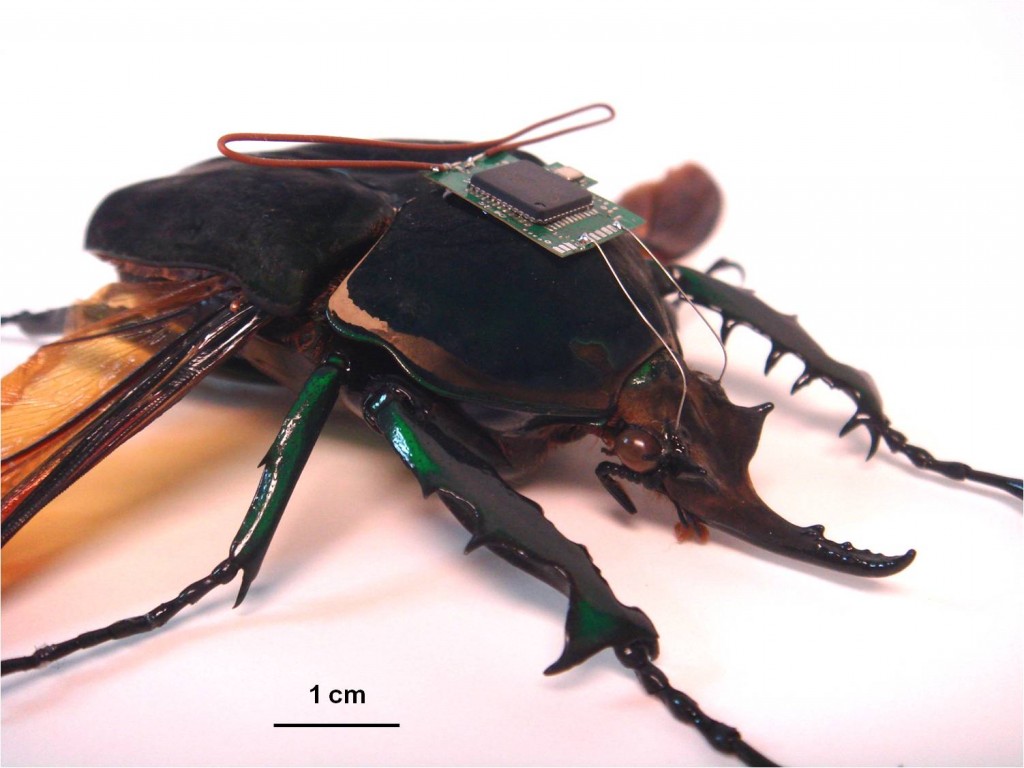 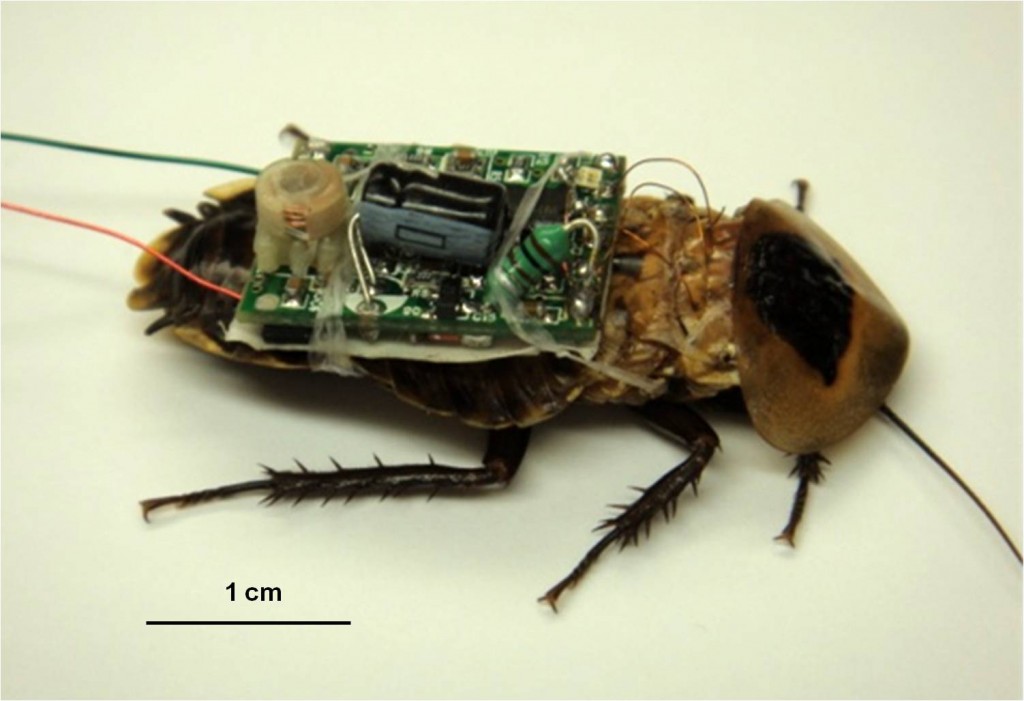 Olfactory training of bees has been used to locate mines and weapons of mass destruction. The Hybrid Insect Micro Electromechanical Systems (HI-MEMS) program is aimed at developing technology to provide control over insect locomotion, just as reins are needed for effective control over horse locomotion.

HI-MEMS-derived technologies will enable many robotic capabilities at low cost, impacting the development of future autonomous defense systems. The realization of cyborgs will provide compact platforms that use highly efficient biological systems developed over millions of years of evolution. HI-MEMS platforms will extend the duration and improve the capability of microbotic missions due to the combined efficiency of biochemical energy storage (fat) and bio-actuators (muscle) compared to traditional chemical energy storage (battery) and actuators (motors).  The basic technology developed in this program will also serve as a biological tool to understand and control insect development, opening vistas in our understanding of tissue development and providing new technological pathways to harness the natural sensors and power generation of insects.

The HI-MEMS program is aimed at developing tightly coupled machine-insect interfaces by attaching electronic payloads to the muscle or neural systems during the early stages of metamorphosis. Since a majority of the tissue development in insects occurs in the later stages of metamorphosis, the renewed tissue growth around the MEMS will tend to heal and form a reliable and stable tissue-machine interface. The purpose of the MEMS payload will be to guide the insect’s locomotion, determine its position, and extract power to operate the electronic systems.