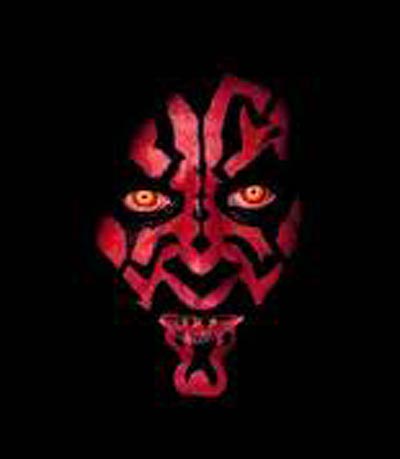 There may come a day soon where the markets sell off if one of the whiskers in Big Ben’s beard is out of place. Or perhaps if his tie is a bit crooked. Or maybe we end up with Janet Yellen as the next puppet in charge over at the local banking cabal and we fret about her hairdo. I don’t know, but one thing that is for certain is that this central bank so wants to be loved and we are so under psychological attack with all of this QE nonsense that it isn’t even funny.

QE is the endgame. ZIRP was only the beginning. QE, or monetization (which they’ll never call it because of the negative connotations), is the heroic measure applied to an already dead system. Our system, for all intent and purposes, died in 2008. It ceased to exist. The investing, economic, and business paradigm that has existed since is drastically different than its predecessor despite all the efforts being made to convince everyone, including Humpty Dumpty, that it is in fact 2005 all over again.

Now we get to the fun part of the game. This is the part where the not-so-USFed wants to give the idea that it is tapering (buzzword of the month) without actually doing so. There will be no tapering. There will be no end to QE. The goose (Americans and their willingness to continue to pile up debt) is still laying the golden eggs. And even if they make paper contracts on those golden eggs gyrate wildly in price, they still want them. The quislings on television who are gleefully bashing precious metals this morning? They want them. They want your physical metal. These folks will swim through any sewer to get that which they desire. If you don’t understand the Machiavellian nature of your enemy, then you’re in for an extremely rough ride. This is no playground. This is a battlefield (credit to Chuck Baldwin). They’re playing chess and we’re still playing Tiddly Winks.

I’ve told people many times that you will be given no quarter by these people. This morning is a prime example of that. The entire world is red. ALL markets are down. Commodities, equities, precious bonds, everything. It would be my guess that we’re going to see many more mornings like this, especially any time the Barbasol man mentions the magic word: taper. And even this is not without purpose; you are being conditioned that the not-so-USfed and its obscene, virulent policies are a necessary intrusion in your economic life. Just like you were conditioned that inflation is necessary for economic growth, you will now come to believe that central bank manipulation of every market imaginable is in fact a necessary component to keeping the charade going.

Mornings like today are part of that conditioning. Trot out the Bernank’ and have him mention ending QE, then the markets immediately go in the tank. This has become something of a pattern. Keep it up long enough and people will start demanding QE. They’ll demand to have their mortgage, car loan, school loan, and everything else owned by international banksters. They won’t care. Just make it stop. Make the pain go away. They won’t care that they will rise everyday with no other purpose in mind than paying the interest to service debt that was created from nothing.

Yet in several weeks these same folks will gather and celebrate our independence. What a sick joke. We’ve been played like a two-dollar fiddle and we don’t even know it. I heard a great line last night on Liberty Talk Radio. One of our callers called this a ‘press release economy’. Credit: unknown. He couldn’t have been more correct. We live and die on reports issued by an institution that has everything to gain by keeping us in the dark and nothing to gain by telling us the truth. Yet we clap our hands like little children when it tells us ‘this is for your own good, just give us your bank accounts and retirement savings’.

That is what is coming. Probably not all at once, but over time it will all be confiscated, for our own good of course. If there is anyone who thinks that these folks will be able to resist the $18 trillion and change currently in the US retirement system, then I’ve got some beachfront property in North Dakota to sell you cheap. And yes, North Dakota borders Canada, rather than South Dakota as was so blithely asserted by a sitting US Senator last week.

The metals complex has been the red-headed step child of the international bankers since the 2011 high. Ironically, the price pattern that has traced out since does actually fall into the confines of what could have been expected if using Elliott Wave analysis. Not that EW is the be all of end alls, but it is worth noting. Also worth noting is that once this mother of all corrections is over, there are going to be some high times for metals. Now, whether or not that will include the paper markets remains to be seen. Personally, I am hoping the paper markets crash and burn. I’d have no problem seeing $500 paper gold and $2000 physical gold. The end of that sham will be an amazing site.

Watching JP and the boys squirm as they try to wiggle their way out from under all the foul paper bets they’ve made would be even more fun, but unfortunately we have nearly two century’s worth of history on how that one will end. They will run to the government, which will promptly let them off the hook, just like they did for the silver banks in the 1800s. Unfortunately, there is no Andrew Jackson; at least not yet.

This writer cannot help but wonder if the current fear climate isn’t intended to push assets into cash where they can be easily scooped up in a neat and tidy bail-in after the next Lehman brothers occurs. With the new bail-in mentality now codified around the world, mark my words, the next time there is a flare up of the European mess, the Japanese mess or our very own twisted system trembles on the head of a pin, Robbin’ the Hood will make an appearance and people are going to get a haircut – Cyprus style. Don’t believe me? That’s fine. Watch hockey or basketball or maybe go shopping. However, if you think there might be a shred of truth to what is being presented in this piece and many before it, then take heed of a few simple truths:

1) If you don’t hold it in your hand, then it is not truly yours. Possession is nine tenths of the law. Always has been, still is. Get your assets as close to you as possible.

2) The above includes your precious metals. There are many fine and well-intended folks who think you should store your metals an ocean away. What good does that do you, especially if you can’t retrieve them?

3) Be your own central bank. All of the above truths have an underlying principle: responsibility. You need to start being responsible for your own economic destiny. The government is not going to help you. The bankers certainly aren’t going to help you. Running to them for solutions is like Little Red Riding Hood asking the wolf for advice on how to cook dinner.

Finally, there are many who are saying you should just leave the country. Go somewhere else. They fail to recognize that this is already largely a global problem. And even the little hideout countries are not immune. If our forefathers had felt the same way, we wouldn’t have this rich inheritance that we are now squandering. My prayer for this country is that one day soon enough of us realize that there are some things in life that truly are worth fighting for and the freedoms this country was founded on might just be one of those things. Just sayin’.

1 thought on “‘The Dark Side of the QE Circus’”