This time the bailout money from the U.S. taxpayer went to:
Goldman Sachs led beneficiaries, with $12.9 billion, followed by SocGen, France’s No. 3 bank, with $11.9 billion, and Deutsche Bank, Germany’s biggest lender, with $11.8 billion. Barclays Plc received $8.5 billion from AIG, Merrill Lynch & Co. got $6.8 billion, Bank of America Corp. got $5.2 billion and UBS AG got $5 billion.

“I was happy to see that AIG finally handed over the counterparty information we’ve been requesting for months,” said Representative Elijah Cummings, a Maryland Democrat on the House Oversight Committee. “However, I am deeply concerned that Goldman Sachs received so much money from AIG considering the relationships between the two companies. We will certainly be investigating this further to ensure that this is merely a coincidence.” 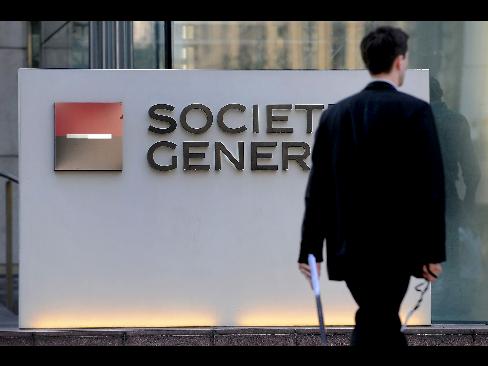 March 16 (Bloomberg) — American International Group Inc., bailed out four times by taxpayers and under pressure to show what it’s doing with the money, disclosed which banks and states got $105 billion of U.S. funds and may have to name some of the employees splitting $1 billion in retention pay.

“It’s hard to understand how derivative traders at AIG warranted any bonuses, much less $165 million in extra pay,” said the text of Obama’s White House speech today. “How do they justify this outrage to the taxpayers who are keeping the company afloat?”

AIG has been pressed to reveal its inner workings since the U.S. took a stake of almost 80 percent last year to avert a collapse of the insurer, once the world’s biggest. Yesterday, AIG said U.S. states and banks led by Goldman Sachs Group Inc., Societe Generale SA and Deutsche Bank AG were among those that benefited from the rescue, now valued at $173 billion.

Cuomo’s office, which has also pressed Merrill Lynch & Co. for details of bonuses paid in the days leading up to its takeover by Bank of America Corp., demanded AIG provide names of people in the Financial Products unit receiving the retention pay, which may be fraudulent under New York law, according to a letter he sent to Chief Executive Officer Edward Liddy.

“We are in contact with the attorney general and of course will respond to his request,” said Christina Pretto, an AIG spokeswoman, in a telephone interview.

AIG did disclose more about which of its customers, or counterparties, received funds provided by the U.S. bailout, which was designed by regulators to prevent a cascading series of failures in the financial system. Banks that bought credit- default swaps or traded securities with AIG got $22.4 billion in collateral, $27.1 billion in payments from a U.S. entity to retire the derivatives, and $43.7 billion tied to the securities-lending program, AIG said yesterday in a statement.

States, including California and Virginia, got $12.1 billion tied to guaranteed investment contracts.

“It puts a sour taste in the American taxpayer’s mouth, but you have to look at that in terms of the bigger picture,” said Donald Powell, chairman of the Federal Deposit Insurance Corp. from 2001 until 2005. “If you’re going to have any chance of recovery you probably have to stay with it.”

Goldman Sachs led beneficiaries, with $12.9 billion, followed by SocGen, France’s No. 3 bank, with $11.9 billion, and Deutsche Bank, Germany’s biggest lender, with $11.8 billion. AIG and the Fed had previously refused to reveal the counterparties, saying the contracts were confidential and that the information could damage AIG’s business prospects.

“I was happy to see that AIG finally handed over the counterparty information we’ve been requesting for months,” said Representative Elijah Cummings, a Maryland Democrat on the House Oversight Committee. “However, I am deeply concerned that Goldman Sachs received so much money from AIG considering the relationships between the two companies. We will certainly be investigating this further to ensure that this is merely a coincidence.”

Henry Paulson, former CEO of New York-based Goldman Sachs, made the decision to save AIG while he was Treasury Secretary. He appointed Liddy, formerly CEO of Allstate Corp., whom he knew from the executive’s service on the board of Goldman Sachs.

Barclays Plc received $8.5 billion from AIG, Merrill Lynch & Co. got $6.8 billion, Bank of America Corp. got $5.2 billion and UBS AG got $5 billion. The totals include collateral, payments to retire swaps, and money tied to securities lending.

AIG released the counterparty information after a scolding from Treasury Secretary Timothy Geithner and lawmakers over its bonus plans. AIG plans to spend as much as $1 billion to keep people from leaving as it sells units, the firm said in a regulatory filing this month, confirming a Bloomberg News report from January. AIG’s recovery plan includes selling units, and the company said they’d be less attractive to buyers if talented people left for rival companies.

After an inquiry by Geithner, AIG agreed last weekend to cut 2009 retention payments by 30 percent for employees in the financial products unit that sold swaps and tie some bonuses to the company’s recovery. AIG still planned to distribute about $165 million yesterday, citing legally binding contracts.

The bonuses questioned by Obama and Cuomo were intended for employees of the financial products unit, which sold credit- default swaps. The instruments protect fixed-income investors from declines in their holdings, and AIG’s wrong-way bets on the swaps contributed to the insurer’s loss last year, the worst in U.S. corporate history.

Cuomo’s letter today said he’s investigating whether the recipients at the unit were involved in conduct that led to AIG’s near-collapse and whether the contracts are enforceable. Obama said he had asked Geithner to use all available legal means to block payments or recover money already paid.

The latest $165 million of payments are on top of $55 million already given to financial products employees in December, according to an AIG summary. The top 2008 award in the unit was about $6.5 million, and six other employees got more than $3 million.

“I do not like these arrangements and find it distasteful and difficult to recommend to you that we must proceed with them,” Liddy wrote to Geithner in a March 14 letter, which said the contracts predated his arrival.

Geithner telephoned Liddy on March 11 to demand changes to AIG’s plan, an administration official said. The Treasury didn’t try to halt yesterday’s payments after determining that AIG was legally bound to make them.

To contact the reporters on this story: Hugh Son in New York at hson1@bloomberg.net; Robert Schmidt in Washington at rschmidt5@bloomberg.net.