Australia’s budget is “buggered”, the nation’s economic boom will “unwind scarily fast” and the outlook for the next year is “ugly”, a leading economic forecaster has warned. 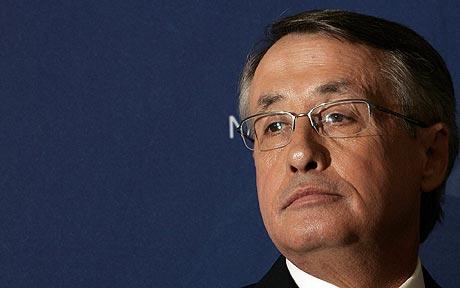 Access Economics dispensed with financial jargon and opted for painfully frank language in order to paint a clear picture of the state of the country’s economy, which it predicts will slide into a deep recession in the next 12 months.

“Batten the hatches. This is not just a recession. This is the sharpest deceleration Australia’s economy has ever seen,” the company’s quarterly report said.

Thanks to its strong export ties to China, Australia – once dubbed the “miracle economy” – managed to escape the downturn that hit the US and British economies last year.

However, with China’s growth now slowing and the mining boom effectively over, it is widely accepted that the country will join the long list of countries suffering from the global financial crisis.

Access Economics said the federal budget was “buggered” because of its heavy reliance on the price of commodities, which was now falling. It said the four year boom enjoyed by the country had disappeared in four months of “chaos”.

“The glory days of big budget surpluses are over, and the feds are now staring down the barrel of deficits as far as the eye can see,” the report said.

“The year ahead will be tough and there’s no quick fix,” Mr Swan said.

The report predicted unemployment will rise to 7 per cent next year and house prices could fall by 5 to 8 per cent.