A leading Irish economist has called on Dublin to threaten withdrawal from the euro unless Europe’s big powers do more to rescue Ireland’s economy. 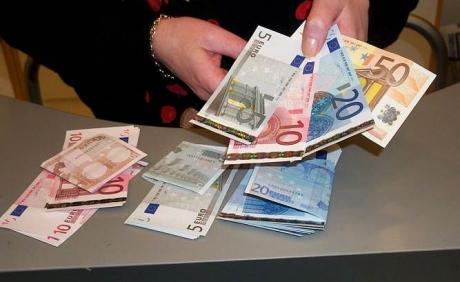 David McWilliams, a former official at the Irish central bank, has said that Ireland could withdraw from the euro if they are not given more help Photo: Rex Features

“This is war: countries have to defend themselves,” said David McWilliams, a former official at the Irish central bank.

“It is essential that we go to Europe and say we have a serious problem. We say, either we default or we pull out of Europe,” he told RTE radio.

Mr McWilliams, a former UBS director and now prominent broadcaster, has broken the ultimate taboo by evoking threats to precipitate an EMU crisis, which would risk a chain reaction across the eurozone’s southern belt, where yield spreads on state bonds are already flashing warning signals. The comments reflect growing bitterness in Dublin over the way the country has been treated after voting against the EU’s Lisbon Treaty.

“If we have a single currency there are obligations and responsibilities on both sides. The idea that Germany and France can just hang us out to dry, as has been the talk in the last couple of days should not be taken lying down,” he said.

Mr McWilliams cited the example of New York’s threat to default in 1975. President Gerald Ford “blinked” at the 11th hour and backed a bail-out to prevent broader damage.

As yet, there is no public support for withdrawal from the euro. A Quantum poll published by the Irish Independent yesterday found that 97pc reject such a radical move. Three-quarters are in favour of a national government, an idea floated by Unilever’s ex-chief Niall Fitzgerald.

“The economic disaster we are facing is unlike anything which has happened in my lifetime. It is a national crisis and needs a government of national unity,” Mr Fitzgerald said.

Mr McWilliams said EMU was preventing Irish recovery. “The only way we can win this war is by becoming, once again, an export country. We can do what we are doing now, which is to reduce our wages, throw more people on the dole and suffer a long contraction. The other model is what the British are doing. Britain is letting sterling fall so that the problem becomes someone else’s. But we, of course, have ruled this out by our euro membership.

“We are paying twice for the euro: once on the exchange rate and once more on the interest rate,” he said.

“By keeping with the current policy, the state is ensuring that Ireland turns itself into a large debt-repayment machine. Is this the sort of strategy to win wars? ” he said.