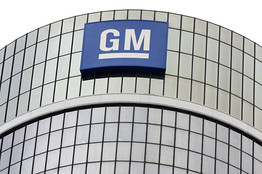 General Motors Corp.’s hopes of buying longtime rival Chrysler LLC are floundering because the auto maker remains unable to secure the financing necessary for the deal, say people familiar with the matter.

In recent days GM, its lenders, and Chrysler owner Cerberus Capital Management, have been trying to woo investors with a pitch about the transaction. That pitch touts a combined GM-Chrysler as delivering cost savings of up to $10 billion, an immediate boost in revenue and an increase in cash available to the merged firm. Outside money is needed to fund the cost-cutting — especially buyouts and severance packages for tens of thousands of hourly and salaried employees. Those cuts could total as much as 40,000 jobs if a deal comes together, said people briefed on the talks. And GM is already burning more than $1 billion in cash each month.

The United Auto Workers union has publicly questioned the deal but privately is studying its merits. GM is pitching the combination as a way to better ensure the continued funding of hundreds of thousands of UAW retiree pensions and health-care benefits. A new company would produce upward of $250 billion in annual revenue, while owning more than 30% of the U.S. market. It would also house an estimated $30 billion in cash, thus improving the company’s credit rating and lowering the risk that either GM or Chrysler would have to seek bankruptcy protection over the next 15 months.

But several of the potential lenders remain unconvinced. Credit markets remain extremely tight, and a number of lenders are fearful of the complexity and scale of combining two industrial giants amid an economic downturn. If investors continue to shun the deal, its proponents could take their case to the U.S. government, arguing that a merger is vital to the survival of the nation’s domestic auto industry. It is unclear at this point what role, if any, Washington might be willing to play. But GM, Cerberus and its banks aren’t ruling out selling a stake in the new company to the federal government.

“It is still early days, but to make people feel more comfortable or to get investors to buy in, you have to think a government role would be important,” said one person involved in the talks. “That role could take a lot of forms, but it would be very important. The government may need to make it happen.” Due to its own rapidly-shrinking cash reserves and an inability to raise new financing, GM is exploring all avenues, people familiar with the matter said. Cerberus favors a deal with GM. But the private-equity firm is engaged with other parties — including the Nissan Motor Corp./Renault SA alliance — about a potential Chrysler deal.

As of late Sunday, a deal wasn’t imminent and the two sides had yet to even agree on how the transaction would be structured, according to two people involved in the talks. One of these people described the discussions as “tenuous.”

GM’s play for Chrysler is being led by Chief Operating Officer Fritz Henderson, who has been at the center of several of GM’s most-recent efforts to fix itself. In late 2005, Mr. Henderson was moved from heading GM’s Europe operation to cleaning up a financial crisis that threatened to overtake the company that year. Like GM, Chrysler’s North American operations are overly-dependent on sales of trucks and SUVs. Unlike GM, Chrysler has only a small presence in markets outside the U.S.

The only two clear-cut product advantages of a merger, many analysts say, would be GM’s access to Chrysler’s rock-solid Jeep brand and Chrysler’s minivan lineup. In addition, GM would have access to several joint-ventures that Chrysler has formed, including deals with China’s Chery Automobile Co. and Volkswagen AG.

It is not clear if Chrysler would merge with GM, or become a subsidiary owned by GM, which Chrysler lenders may prefer. This would keep Chrysler’s estimated $11 billion in cash with Chrysler, whose debt trades at around 30 cents on the dollar.

How that money could be used by GM — for example to fund some of the drastic cost-cutting sure to occur at Chrysler — would depend on the bank-credit agreement drawn up by lenders to Chrysler. Among the areas of potential savings eyed by GM are in purchasing and raw material costs, technology savings from merging powertrain and clean technology platforms and corporate overlaps in engineering, marketing, distribution and advertising.

“There is simply the savings that comes with both companies not trying anymore to be all things to all people,” said another person involved in the deal. “There are lots of meaningful cost rationalizations.”

This person and two others both said it was likely tens of thousands of hourly and salaried people at the two automakers in North America would lose their jobs. Combined the two automakers have about 166,000 employees in North America; about 100,000 at GM and 66,000 at Chrysler. Nissan’s effort to align with Chrysler is being headed by Carlos Tavares, who heads product planning for Nissan, according to a person at the company with knowledge of the talks. Nissan, and its alliance parent Renualt, are not interested in just taking pieces of Chrysler, such as the Dodge Ram pickup truck business, this person said. Instead they want a partner to bring into the alliance that could have a cross-shareholding relationship.

– Matthew Karnitschnig and Neal E. Boudette contributed to this article.