– The 10 most popular websites that consistently LIE about important health topics:

There is nothing worse than doing research for which you don’t get paid, and then finding out that it’s not even valid! What if you wrote a whole thesis paper for college, only to find out that all of your research was based on lies and propaganda? How about if you did hours and hours of homework for a sick relative, to help them try to overcome some major illness, and then figured out later that you had given them a boatload of bad advice? How upsetting would that be?

Millions of Americans are growing to distrust medical doctors, dentists, dermatologists and oncologists, mainly because we’re all finding out that most of them are paid big bucks by Big Pharma to dish out chemical medicines that only cover up and relieve symptoms of deeper rooted illnesses. What’s worse, most of these sicknesses, diseases and disorders are preventable, if only we all had the right resources for research and self-investigation.

WebMD, the Most Popular Health Website in the World, Was Paid 14 MILLION Dollars by the Government To Promote ObamaCare

A new investigation has revealed that one of the foremost online resources for health information accepted millions of dollars from the federal government in exchange for its promotion of Obamacare. As reported by The Washington Times, the federal government awarded WebMD a $4.8 million contract for its agreement to post pro-Obamacare propaganda on its website, including the deceptive article “7 Surprising Things About the Affordable Care Act.”

A contract document obtained by The Washington Times reveals that the Obama administration funneled cash lump sums to WebMD each time it posted articles or information endorsing the health care program. WebMD also reportedly accepted funds as part of a federal scheme to indoctrinate physicians about Obamacare, so that they, too, could dispense propaganda about the program to help build support for it.

Based on the leaked fee schedule, it was revealed that WebMD had been contracted to receive $126,826 in taxpayer funds for each single 5,000 word review article it posted on scientific advances in a specific clinical topic. The site also received nearly $70,000 for a single four-minute video it posted from an opinion specialist. And an astounding $140,000 was awarded for a single eight-question online quiz posted to the site.

A Prescription for Fear 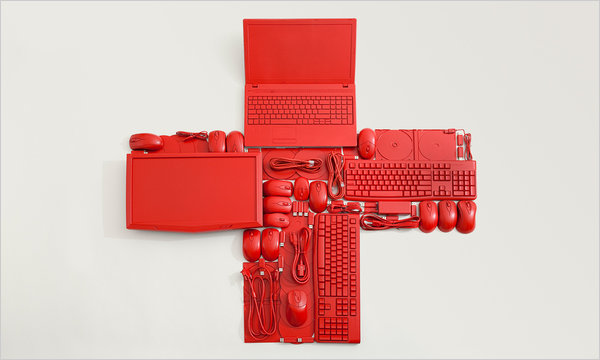 (The New York Times) — If you’re looking for the name of a new pill to “ask your doctor about,” as the ads say, the Mayo Clinic Health Information site is not the place for you. If you’re shopping for a newly branded disorder that might account for your general feeling of unease, Mayo is not for you either. But if you want workaday, can-do health information in a nonprofit environment, plug your symptoms into Mayo’s Symptom Checker. What you’ll get is: No hysteria. No drug peddling. Good medicine. Good ideas.

This is very, very rare on the medical Web, which is dominated by an enormous and powerful site whose name — oh, what the hay, it’s WebMD — has become a panicky byword among laysurfers for “hypochondria time suck.” In more whistle-blowing quarters, WebMD is synonymous with Big Pharma Shilling. A February 2010 investigation into WebMD’s relationship with drug maker Eli Lilly by Senator Chuck Grassley of Iowa confirmed the suspicions of longtime WebMD users. With the site’s (admitted) connections to pharmaceutical and other companies, WebMD has become permeated with pseudomedicine and subtle misinformation.

Because of the way WebMD frames health information commercially, using the meretricious voice of a pharmaceutical rep, I now recommend that anyone except advertising executives whose job entails monitoring product placement actually block WebMD. It’s not only a waste of time, but it’s also a disorder in and of itself — one that preys on the fear and vulnerability of its users to sell them half-truths and, eventually, pills.

But if careering around the Web doing symptom searches is your bag (and, come on, we’ve all been there), there’s still MayoClinic.com. Where WebMD is a corporation that started as an ad-supported health-alarmism site with revenues of $504 million in 2010, the Mayo Clinic is a nonprofit medical-practice-and-research group that started as a clinic. Mayo’s storied past as the country’s premier research hospital, in Rochester, Minn., and its storied present as one of Fortune’s “100 Best Companies to Work For” surface in the integrity of the site itself, which — though not ad-free — is spare and neatly organized, with the measured, learned voice of the best doctors. The byline for most entries is “Mayo Clinic staff.” The integrity of the whole institution is on the line with this site, and the Mayo Clinic has every motivation to keep its information authoritative and up to date.