We are in that brave new world, and we are capable of being in that Orwellian world, too.

So have both Republican and Democratic congress members.

A small handful of players control:

Read moreU.S. Supreme Court Justice: ‘We Are In that Brave New World, and We Are Capable of Being In that Orwellian World, Too’ 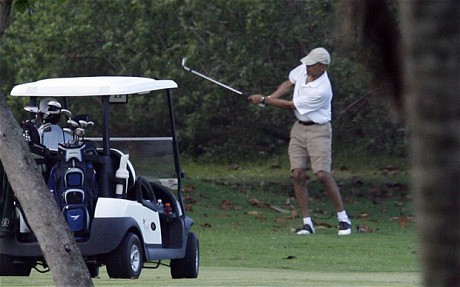 (WorldNetDaily) — Another legal challenge to Barack Obama’s eligibility to occupy the White House has been docketed for consideration before the U.S. Supreme Court, and the plaintiff this time formally is asking that the justices appointed by Obama, the “respondent” in the case, be excluded.

“There is a widespread perception among ‘conservative’ media figures such as Rush Limbaugh and Mark Levin that judicial appointments have been made by the respondent Obama with the expectation of favors in return. This has combined with a campaign of ridicule and ‘unthinkability’ on these serious issues led by the press spokesman of the respondent Obama among others,” said a “motion to recuse” submitted by attorneys working on behalf of Gregory S. Hollister, a retired military officer.

Laurence Elgin, one of those coordinating the efforts to reveal the problems with following the Constitution in the United States, also announced a new organization and website, the Constitutional Rule of Law Fund, to pursue cases that defend the U.S. legal system and the Constitution.

He told WND that the Hollister case, throughout the district and appellate court levels, never was denied standing, a major hurdle that has torpedoed many of the other eligibility disputes to rise to the level of court opinions.

The motion cites Elena Kagan and Sonia Sotomayor, both of whom were awarded the lifetime tenure positions on probably the most influential court in the world by Obama.

Now that is what the ‘WikiCIAleaks Gambit’ is for! Nice (but predictable) chess move!

Oh, not to forget Sonia Sotomayor:

“… the right to possess a gun is clearly not a fundamental right.”

Learn to read Sonia Sotomayor! Then start reading the constitution.

US supreme court likely to have to rule on issue of balancing national security and freedom of speech, says judge 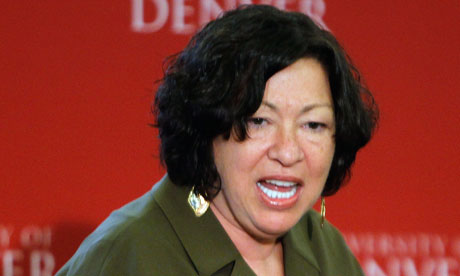 Sonia Sotomayor described the balance between national security and free speech as ‘a constant struggle in this society’. Photograph: Ed Andrieski/AP

US supreme court justice Sonia Sotomayor has said the court is likely to have to rule on the issue of balancing national security and freedom of speech due to WikiLeaks posting a cache of US military records about the Afghan war.

Sotomayor said the incident, which has been condemned by the Pentagon, was likely to provoke legislation in Congress that would require judicial scrutiny.

Her comments came in response to a question about security and free speech by a student at Denver university. The judge said she could not answer because “that question is very likely to come before me”. She said the “incident, and others, are going to provoke legislation that’s already being discussed in Congress, and so some of it is going to come up before [the supreme court]”.

WikiLeaks posted more than 76,900 records of incidents and intelligence reports about the Afghan war on its website last month, providing a devastating portrait of the war. They revealed how coalition forces have killed hundreds of civilians in unreported incidents and how Nato commanders fear neighbouring Pakistan and Iran are fuelling the insurgency.

The publication of the files, which were made available to the Guardian, the New York Times and the German weekly Der Spiegel, was one of the biggest leaks in US military history. The Pentagon has said the leak put the lives of US service personnel and Afghan informants at risk – a charge WikiLeaks denies.

Sotomayor said the balance between national security and free speech is “a constant struggle in this society, between our security needs and our first amendment rights, and one that has existed throughout our history.”

(Dictators and elite criminals do struggle with the constitution. That was the intent!!!)