Where are UKIP, Labour, the Tories and Liberal Democrats on the Muslim grooming gang issue? Liberty GB is the only party talking about this atrocity, and why it happens – Islam, Muhammed and the Quran.

– Bet you haven’t heard about the 13 bombings in 25 days that took place in Sweden?:

It’s like a war zone in parts of Sweden, rife with  multiculturalism they say – but what they mean is muslimculturalism, if you can even call it a culture – which infects its host nation with violence, rape, bombings, and as much as 90% welfare dependency. But you won’t hear about this in the Western media, probably because people aren’t even hearing much about it in the Swedish media.

Voice of Europe reported that Sweden has suffered through  13 bombings in 25 days). They called it a war zone. The entire country has just under 10 million people while New York City has 8 and-a-half million.

Independent Sentinel  Check out the police reaction below. According to the officer, if you complain, you’re a Nazi.

This is a Swedish police officer. He just wrote that if you are concerned about all the bombings in Sweden, “you are that sort” (IE a Nazi) pic.twitter.com/KwkopBTr9X

According to the Voice of Europe report: Earlier this month, the attacks have included: an attack on the police station in Malmö, on a multi-family apartment complex, and a car bomb. The most recent attack that occurred on 2 November, was on a nightclub restaurant in Malmö. The Babel nightclub’s front entrance was destroyed by the bomb. There were no injuries in this attack.

Read moreBet you haven’t heard about the 13 bombings in 25 days that took place in Sweden?

– Sweden is becoming a war zone after twelve bombings in twenty-four days:

In the last twenty-four days Sweden has seen twelve bombing attacks. We are talking about a country with a population of just one million more inhabitants than New York City.

Earlier this month, the attacks have included: an attack on the police station in Malmö, on a multi-family apartment complex, and a car bomb. The most recent attack that occurred on 2 November, was on a nightclub restaurant in Malmö. The Babel nightclub’s front entrance was destroyed by the bomb. There were no injuries in this attack.

– A Month Of Multiculturalism In France: June 2017:

June 1. Saber Lahmar, a 48-year-old Algerian who has lived in Bordeaux since his release from Guantánamo Bay in 2009, was charged with “terrorist association” and placed in pre-trial detention. He is suspected of providing financial, logistical and doctrinal aid to French jihadists who were planning to travel to Iraq and Syria. Lahmar was arrested in Bosnia in 2001 after being accused of plotting to bomb the American embassy in Sarajevo. In November 2008, U.S. District Judge Richard J. Leon ordered Lahmar to be released from Guantánamo because there was insufficient reason to hold him. In December 2009, Robert C. Kirsch, a lawyer at the firm of WilmerHale, which represented Lahmar in federal court, said: “We are grateful for the courage and generosity of the French people and government, and for the ongoing effort by President Obama… which will now give Mr. Lahmar a chance to rebuild his life in France.”

– A Month of Islam and Multiculturalism in Britain: May 2017:

May 1. Army cadets in Scotland were warned not to wear their uniforms in public because they could be targeted by jihadists.

Read moreA Month of Islam and Multiculturalism in Britain: May 2017

– A Month of Islam and Multiculturalism in Britain: April 2017:

April 1. The British Home office stripped Sufiyan Mustafa, 22, of his UK passport after he traveled to Syria to fight with jihadists. Mustafa is the youngest son of the cleric Abu Hamza, who was sentenced to life in prison in the United States after being convicted of terrorism charges. Mustafa complained that he is now stateless and stranded in Syria:

Read moreA Month of Islam and Multiculturalism in Britain: April 2017

"in a time of universal deceit, telling the truth is a revolutionary act" → head of German Police Union nails the failed Muslim integration. pic.twitter.com/c033Ff89yr

The New York Times once praised his moderation

Spanish authorities have arrested a Muslim cleric — whom the New York Times once praised for his efforts to fight radicalization within Germany’s Islamic community — for alleged ties to the Islamic State.

Hesham Shashaa (aka Abu Adam), a 46-year-old Egyptian-Palestinian, was detained near Alicante in southeastern Spain on April 26 on charges of aiding the Islamic State, extolling terrorism and promoting Salafi-jihadism.

And yes, he did say just that. 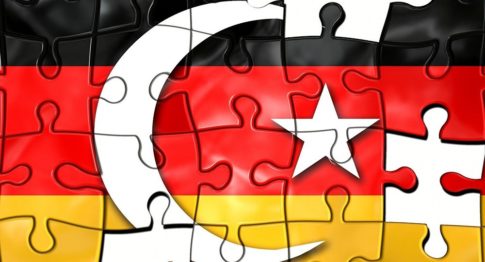 With the number of German nationals suspected of crimes falling by 3.4%, migrants and refugees were estimated to have accounted for over 12% of all suspected crimes in 2016. Interior Minister Thomas de Maiziere called the increase in migrant crime ‘”unacceptable” and vowed to expel illegal migrants who committed crimes.

Read moreGermany’s #MigrantCrisis: ‘By 2060 There Will Be No Germany as We Know It’

– A Month of Islam and Multiculturalism in Germany: March 2017:

March 1. More than 4,000 millionaires emigrated from Germany in 2016, compared to 1,000 millionaires who left the country in 2015, according to the 2017 Global Wealth Migration Review. Before the migration crisis erupted in 2015, millionaires were leaving Germany at the rate of only a few hundred per year. Most of Germany’s millionaires, citing deteriorating security, left for Australia, Canada, the United States, Dubai and Israel. The mass exodus of wealth is hollowing out Germany’s tax base at a time when the German government is spending tens of billions of euros for the upkeep of millions of refugees and migrants from the Muslim world. The report’s editor, Andrew Amoils, warned that the wealthy are a kind of early warning system for society. Due to their financial status, education and international contacts, they can emigrate more easily than others. Over the longer term, however, their exodus portends increased emigration from among the middle class, according to the report.

March 2. A 36-year-old Syrian migrant identified only as Abdalfatah H. A. was arrested in Düsseldorf on charges of murdering 36 people in March 2013 in Syria in the name of the Al-Nusra jihadist group. He arrived in Germany with his pregnant wife and three children, aged three, five and seven, in October 2015. He had been collecting €2,400 ($2,600) a month in social welfare benefits since April 2016.

Read moreA Month of Islam and Multiculturalism in Germany: March 2017

Campaign sign from Swedish feminist party saying "out with the racists – in with the feminists". pic.twitter.com/7u8hVSKs9U 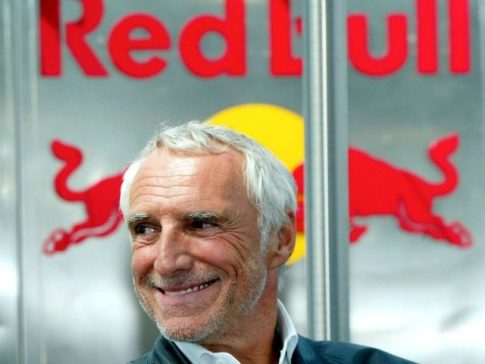