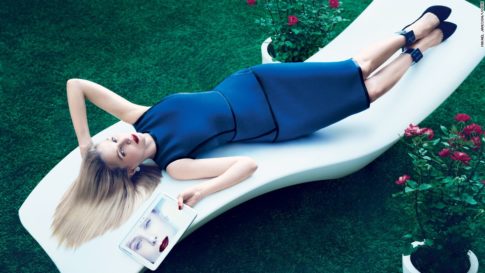 – Marissa Mayer To Leave Yahoo With $186 Million From Verizon Deal:

Marissa Mayer, the soon to be former YHOO Chief Executive, is set to make at least $186 million as a result of the internet company’s sale to Verizon Communications. The staggering figure is over seven times greater than the $23 million “golden parachute” Yahoo said last month that Mayer would receive as part of her planned departure from what’s left of the company after the sale to Verizon.

“The president will continue his engagement with outside leaders on a number of issues – including immigration reform and how it fits into his broader economic agenda, and his efforts to achieve balanced deficit reduction,” a White House official told Reuters on Monday.

Read moreObama To Meet With Goldman’s Blankfein, Other CEOs Tuesday

NEW YORK — “Another piece of good news today,” tweeted the expectant mom, announcing to her online followers that she and her husband were awaiting a baby boy.

But this wasn’t just any excited mom-to-be. This was 37-year-old Marissa Mayer, the newly named CEO of Yahoo — obviously a huge achievement for anyone, but especially for a woman in the male-dominated tech industry. And she was about six months

Former Google employee Marissa Mayer is now Yahoo’s CEO. Good luck to the longs and Dan Loeb. In the meantime, hear (sic) she is. In the meantime, those who like us, were a little confused, this is all you need to know.

A link to her overcaffeinated 2006 Stanford lecture where much of this was pulled from.