Sitting in a refrigerator in a Swedish laboratory is what promises to be a cheap and effective cancer treatment. So why are the trials to bring it to market not going ahead? 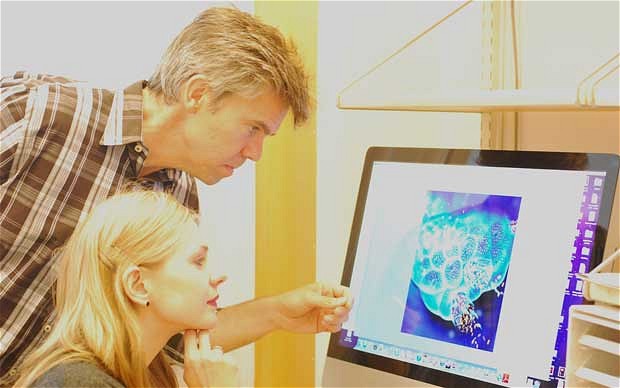 On the snow-clotted plains of central Sweden where Wotan and Thor, the clamorous gods of magic and death, once held sway, a young, self-deprecating gene therapist has invented a virus that eliminates the type of cancer that killed Steve Jobs.

‘Not “eliminates”! Not “invented”, no!’ interrupts Professor Magnus Essand, panicked, when I Skype him to ask about this explosive achievement.

‘Our results are only in the lab so far, not in humans, and many treatments that work in the lab can turn out to be not so effective in humans. However, adenovirus serotype 5 is a common virus in which we have achieved transcriptional targeting by replacing an endogenous viral promoter sequence by…’

It sounds too kindly of the gods to be true: a virus that eats cancer.

‘I sometimes use the phrase “an assassin who kills all the bad guys”,’ Prof Essand agrees contentedly.

Cheap to produce, the virus is exquisitely precise, with only mild, flu-like side-effects in humans. Photographs in research reports show tumours in test mice melting away.

‘It is amazing,’ Prof Essand gleams in wonder. ‘It’s better than anything else. Tumour cell lines that are resistant to every other drug, it kills them in these animals.’

Read moreWhy Are The Trials To Bring A Virus To Market That Kills Cancer Not Going Ahead?