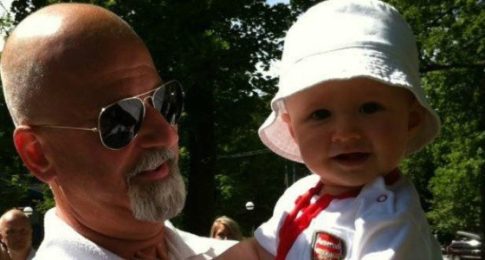 Social media users are accusing a Swedish police officer of racism after the man claimed on his Facebook page that most serious crimes are being committed by migrants.

“I’m so f***** tired. What I’m writing here isn’t politically correct. But I don’t care. Our pensioners are on their knees, the schools are a mess, healthcare is an inferno, the police is completely destroyed. Everyone knows why, but none dares or wants to say why.”

Springare knows what he’s talking about since he served the Swedish police force for 47 years, among others as former deputy chief of the heavy crimes division in the city of Örebro. Springare will retire soon, he felt free to speak his mind:

“Countries representing all the crimes this week: Iraq, Iraq, Turkey, Syria, Afghanistan, Somalia, Somalia, Syria again, Somalia, unknown, unknown country, Sweden. Half of the suspects, we can’t be sure because they don’t have any valid papers. Which in itself usually means that they’re lying about their nationality and identity.”

“Now, we’re talking just Örebro municipality. And these crimes take up our capacity to investigate 100 per cent. This is what it looks like here, and has been like for the past 10-15 years.”

According to the Swedish daily Aftonbladet, the police officer has been reported to a special police committee who will now review his remarks.

Despite this, Springare won’t be silenced, hitting back at critics on Saturday. He started his second Facebook posting on the sensitive topic by stating that he’s no racist. “If you can’t discuss the problem of crime among immigrants without attributing it to the racist propaganda, we are in serious trouble.”

The number of violent crimes committed by migrants could “overload and destroy the Swedish criminal justice system,” he furthermore warned.

The main problem, Springare stated, “is that nobody wants to talk about this.” He emphasised the crime wave is not only targeting native Swedes but “the vast majority of respectable immigrants who live in fear among these criminals” as well.

Springare advocated more research after the relation between migrants and crime (which is obstructed by the left-wing government) while accusing politicians of “sticking their head in the sand.”

Referring to a large number of rapes committed by migrants and their descendants, the policeman stated that “we must ensure that we get a change of view of sexuality in young Swedish men, to deal with all the sexual harassment of girls and young women.”

Sweden has recently witnessed an upsurge in cases of sexual violence, with Muslim migrants turning shopping malls into no-go zones for women and even a live-streamed gang rape.