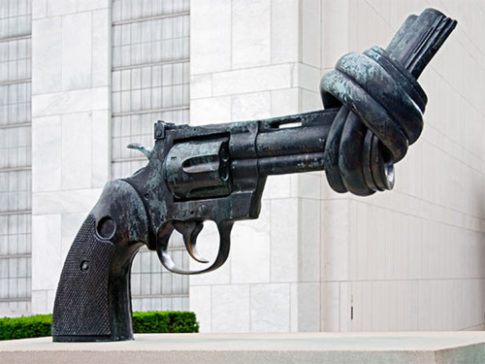 – DHS Secretary Sees All Americans As A Threat: “Gun Control Has To Be A Part Of Homeland Security”:

The agency’s source of power has always been fear.

And now is the time to capitalize upon it.

Homeland Security chief Jeh Johnson has seized upon the Orlando shooting and is… rather predictably… using the specter of terrorism as a pretext for instituting gun control on a wider scale. (Of course, he isn’t alone.)

Just days after the massacre in an Orlando nightclub left 49 people dead and 53 wounded, Homeland Security Secretary Jeh Johnson on Tuesday said that gun control is now a critical element of protecting the U.S. homeland and keeping Americans safe.

“We have to face the fact that meaningful gun control has to be a part of homeland security,” Johnson said in an interview on “CBS This Morning.” “We need to do something to minimize the opportunity for terrorists to get a gun in this country.”

“I thought frankly after Sandy Hook where you have schoolchildren murdered in a classroom that maybe finally this will be the tipping point and we were not able to move the needle in Congress, unfortunately,” Johnson said.

It seems Jeh Johnson thought Sandy Hook would be all that was necessary to reign in gun rights. For him, it is all part of ‘public safety.’

But apparently, the powers-that-be will wait for a bigger and bigger tragedy until something too big to ignore happens, then they can push for their un-American agenda with the opposition pinned down and the rest of the population too afraid to think.

Maybe the Orlando mass murder is that event.

Though quieter than than it has been under past heads, Homeland Security has clearly maintained the twisted view that all Americans are potential terrorists, and that a preemptive police state, complete with surveillance, data mining and social profile trolling is necessary in order to maintain relative peace.

This attitude is noted in recent meetings of the Homeland Security Advisory Committe, discussing in part its community partnership program for Countering Violent Extremism (CVE):

“Secretary Johnson said there is much left to accomplish in this final year of the Administration… Counterterrorism remains a cornerstone mission of the Department. There is a new environment when it comes to the global terrorism threat, which includes not only terrorist-directed attacks, but terrorist-inspired attacks. These threats call for a whole-of-government response, including military, law enforcement, and robust intelligence gathering and sharing efforts. These efforts extend to the private sector as well, and DHS is very active in this arena.”

It is clear that so-called “right-wing extremists” are still a leading concern for Homeland Security and the federal government agencies.

One month after the San Bernardino terrorist attack that left 14 innocent people dead, Department of Homeland Security Secretary Jeh Johnson told advisors that right wing extremists pose just as much of a threat to the country as Islamic extremists.

Johnson made the comments during the Homeland Security Advisory Council’s (HSAC) January meeting. City of Austin Mayor Art Acevedo, whom Johnson appointed to HSAC, shifted the discussion to the threat of right-wing extremists, according to the official meeting minutes.

“Secretary Johnson agreed and noted that CVE, by definition, is not solely focused on one religion. Member Goldenberg seconded Member Acevedo’s remarks and noted the importance of online sites in right wing extremist communities, not only in America but worldwide.”

Against all logic, the Department of Homeland Security, which oversees immigration and the borders in addition to law enforcement and national security issues, has vowed to ‘give voice to the plight’ of Muslims, rather than focusing on keep out radical and potentially violent members of that group – essentially welcoming another attack.

Instead, ordinary Americans, including those with dissident political views of any kind, are typically regarded as potential threats under Homeland Security watch lists.

Changes are coming. Keep your eyes open and encourage those around you to stand up for their rights. 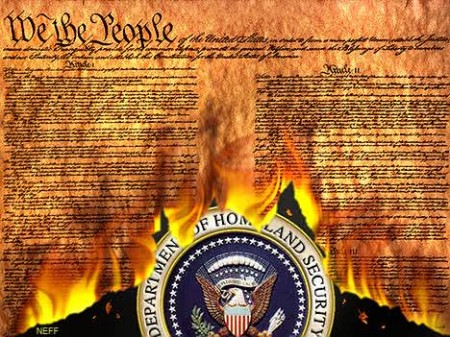