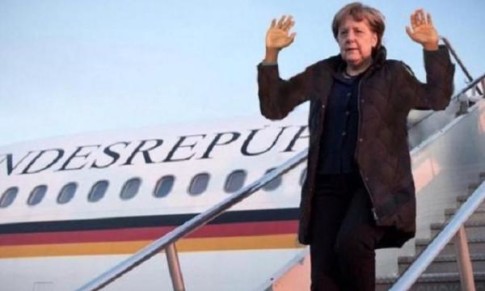 Of all the inane, self-serving, deals German Chancellor Angela Merkel made with Turkey, visa-free travel for 80 million Islamic Turks tops the list.

“This is all a nightmare,” said one diplomat charged with making the deal work.

The enhanced travel rights were Turkey’s main windfall from a landmark EU deal in March, in which Ankara helped dramatically cut migrant flows to Europe by agreeing to take back all migrants arriving on the Greek islands.

On Wednesday the European Commission will legally recommend Turks should be granted short-term visa-free travel to the Schengen area. But it will point out that up to nine of the 72 eligibility conditions required of Turkey remain incomplete, according to people familiar with the proposal.

The stage is now set for a stand-off before the June visa deadline, with far-reaching consequences for the migration crisis, domestic politics across Europe and Turkey’s long-term relations with the bloc. Decisions on visa rights for Ukraine, Georgia and Kosovo are set to be taken at the same time.

“This is all a nightmare,” said one diplomat involved in talks. Another European diplomat described the Turkey-EU deal as carrying “the seeds of its own destruction”.

It is a gamble some senior EU officials fear “is a big mistake” and will backfire. “This will be the perfect get-out for the Dutch, French and Germans, who are facing major domestic problems and  suffering from buyer’s remorse since the Turkey deal,” the official said. “And the European Parliament will just not accept a political fudge, the Turks won’t be able to ram it through.”

Political fudge, seeds of its own destruction, and nightmare are my three favorite descriptions.

A strong argument can be made for “short-term” given the massive long-term problems should this deal actually go through.