Gold has filled the gap from the mid-July China crash and broken above its 50-day moving average for the first time since June. Silver is surging once again this morning reoundtripping to last week’s pre-flush highs…as The US Dollar limps lower.

Gold breaks above the 50DMA for first time since June… 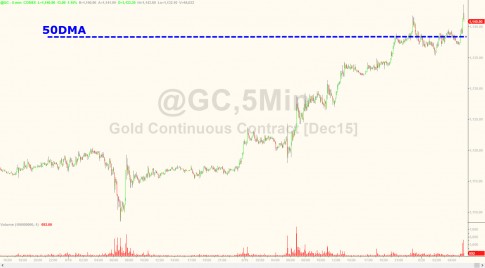 Recovering all of the flash crash losses… 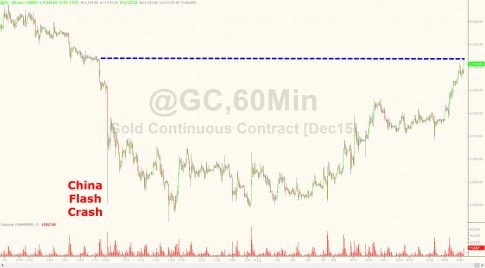 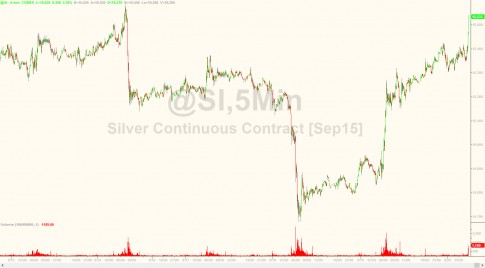 Every investment needs a good story if it’s going to fly.

“The internet is going to change the world”, drove the dotcom bubble. “They’re not building any more land,” drove buy-to-let. “The Chinese want the things we take for granted – and there are just so many of them,” drove commodities.

One of the reasons for gold’s demise is that its story lost its magic. It no longer seemed relevant.

I’ve said before that gold needs a new narrative. I didn’t think it would come so quickly.

But I think one may be starting to form.

The big financial story of last week was China’s repeated devaluation of the yuan. In just about every related article – and in many of the headlines – the phrase ‘currency wars’ has appeared. It’s all over the papers, TV and the internet.

Read the full article by Dominic Frisby on MoneyWeek here.