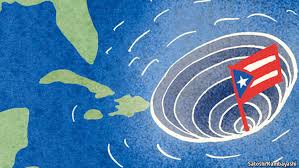 Over the weekend Puerto Rico was supposed to make a modest principal and interest payment of some $58 million due on Public Finance Corp. bonds, which however few expected would be satisfied. As a reminder, on Friday, Victor Suarez, the chief of staff for Governor Alejandro Garcia Padilla, said during a press conference in San Juan that the government simply does not have the money.

Moments ago Melba Acosta, president of the Government Development Bank, confirmed as much, when he announced that only $628,000 of the $58 million payment, or just about 1%, had been paid.

Below is the full statement from Acosta on the service of PFC Bonds:

Due to the lack of appropriated funds for this fiscal year the entirety of the PFC payment was not made today. This was a decision that reflects the serious concerns about the Commonwealth’s liquidity in combination with the balance of obligations to our creditors and the equally important obligations to the people of Puerto Rico to ensure the essential services they deserve are maintained.

“PFC did make a partial payment of Interest in respect of its outstanding bonds. The partial payment was made from funds remaining from prior legislative appropriations in respect of the outstanding promissory notes securing the PFC bonds. In accordance with the terms of these bonds, which stipulate that these obligations are payable solely from funds specifically appropriated by the Legislature, PFC applied these funds—totaling approximately $628.000—to the August 1 payment.”

WSJ adds that the payment to bondholders is the first skipped since Governor Alejandro Garcia Padilla in June said the island’s debts were unsustainable and urged negotiations with creditors in an effort to restructure about $72 billion. “Still, analysts said it isn’t likely to provoke an acute market wide reaction from investors, many of whom have been inching away for the commonwealth for years.”

Except for those hedge funds who haven’t, and have been BTFD in hopes of another bailout of course.

And confirming that making just 1% of the contractual payment is not the same as making 100% of it, moments ago Moody’s confirmed what most had already known:

“Moody’s views this event as a default,” Emily Raimes, vice president at Moody’s Investors Service, said in a statement, adding that payment of “debt service on these bonds is subject to appropriation, and the lack of appropriation means there is not a legal requirement to pay the debt, nor any legal recourse for bondholders.

“This event is consistent with our belief that Puerto Rico does not have the resources to make all of its forthcoming debt payments. This is a first in what we believe will be broad defaults on commonwealth debt,” she added.

In other words, small or not, PR has failed a mandatory principal repayment and is now in default under the PFC bonds. Up next, as per Bloomberg’s preview “the default promises to escalate the debt crisis racking the island, where officials are pushing for what may be the biggest restructuring ever in the municipal market.”

“An event like this is significant enough that it could hurt prices for Puerto Rico bonds,” said Richard Larkin, director of credit analysis at Herbert J Sims & Co. in Boca Raton, Florida. “I can’t believe a default on debt with Puerto Rico’s name will go unnoticed.”

It is unclear if creditors will now threaten the commonwealth with a “temporary” expulsion from the dollarzone as part of their hardball negotiating tactics. Nor is it clear if Schauble is still willing to trade Puerto Rico for Greece.

What is clear is that the first default by a US commonwealth is now in the history books.