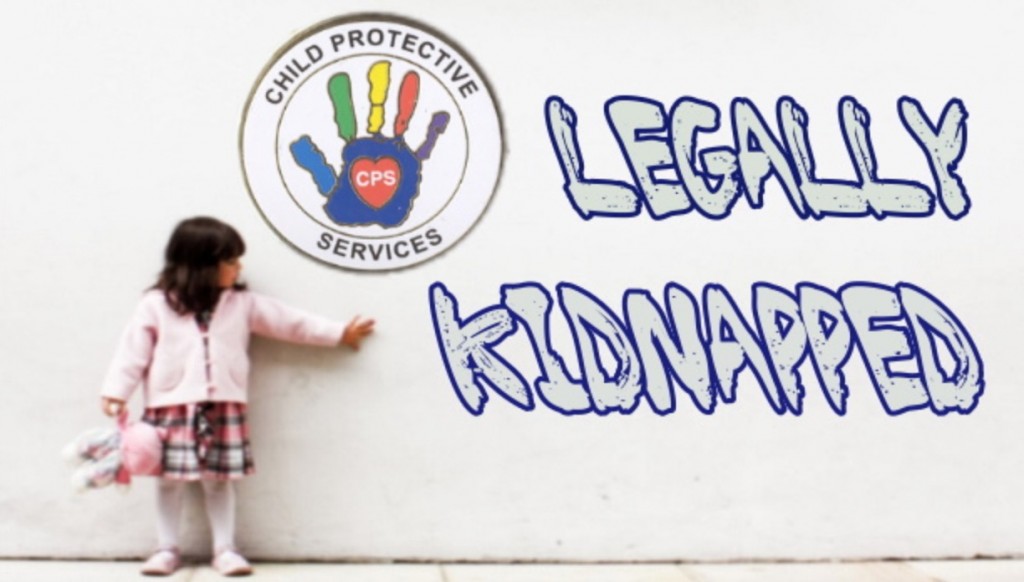 Yesterday Shona Banda, the Kansas medical marijuana activist whose home was searched after her 11-year-old son challenged anti-pot propaganda at school, failed to regain custody of the boy, who is now under the control of Child Protective Services (CPS). “I am not giving up,” Banda said after yesterday’s family court hearing. “I will get him, and I am not going to stop until I do.”

Taking a child away from its parents is one of the most serious and emotionally traumatizing things you can do. Anyone tasked with such extraordinary power should take the responsibility extremely seriously. Unfortunately, that’s not how Child Protective Services (CPS) in Kansas sees things.

This is the story of an 11-year-old boy who bravely defended his mom’s used of cannabis oil during a anti-drug program at his school. His mother suffers from Crohn’s disease and uses cannabis oil to treat her symptoms. If she lived here in Colorado, or any of the other 23 states enlightened enough to permit adults to use a plant for medical purposes, her son (who obviously loves his mom enough to defend her in class) would still be with her.

This is just the latest example of bureaucrats who think they know best doing untold damage for no good reason. They are the ones who should be charged with abuse and neglect. Absolutely horrifying.

Yesterday Shona Banda, the Kansas medical marijuana activist whose home was searched after her 11-year-old son challenged anti-pot propaganda at school, failed to regain custody of the boy, who is now under the control of Child Protective Services (CPS). “I am not giving up,” Banda said after yesterday’s family court hearing. “I will get him, and I am not going to stop until I do.”

The Garden City Police Department, which conducted the search of Banda’s home, insists that the state-sanctioned kidnapping is in the boy’s best interest. “The most important thing here is the child’s well-being,” said Capt. Randy Ralston. “That is why it is a priority for us, just because of the danger to the child.”

Yes, snatching away a young child from his mother because she uses a plant to treat a disease is clearly in the boy’s best interest. What a monumental moron this guy is.

Banda uses cannabis oil to treat the symptoms of Crohn’s disease, a fact that she openly discusses. But Kansas is not one of the 23 states that recognize marijuana as a medicine, so all use of cannabis is equally illegal there. Ralston emphasizes that “the items taken from the residence were within easy reach of the child,” although he cites no evidence that the boy was actually endangered by his mother’s medicine.

Banda has not been formally accused of any crimes yet. Ralston says the charges could include possession of marijuana with intent to distribute, misdemeanor or felony possession of drug paraphernalia, and child endangerment. Making cannabis oil also seems to qualify as manufacturinga controlled substance, a “drug severity level 1 felony” punishable by a prison sentence as long as 17 years.

The fact that it is even conceivable for her to be locked up for 17 years for this tells you all you need to know about American “justice,” but if you need more evidence:

Radley Balko over at the Washington Post also covered this despicable situation. Here’s an excerpt:

The absurdity here of course is that a woman could lose her custody of her child for therapeutically using a drug that’s legal for recreational use an hour to the west. It seems safe to say that the amount of the drug she had in her home was an amount consistent with personal use. (If she had been distributing, she’d almost certainly have been charged by now.)

Of course, this doesn’t stop the CPS for continuing to hold the child.

This boy was defending his mother’s use of a drug that helps her deal with an awful condition. Because he stuck up for his mother, the state arrested her and ripped him away from her. Even if he is eventually returned to his mother (as he ought to be), the school, the town, and the state of Kansas have already done a lot more damage to this kid than Banda’s use of pot to treat her Crohn’s disease ever could.

Exactly, and that’s the key point.

Banda’s supporters have now set up a legal defense fund page for her at Go Fund Me.